Another list to mock (belatedly). This one comes via Flashlight Worthy (which has one of the best book-related feeds on The Twitter). In 2005, Time Magazine varfed up the 100 Best Books ever, and - being the progressive publication they are - included ten graphic novels:

An old (June) interview from the Forbidden Planet but, so far, still the best source of information about Alan Moore's current project - The Moon and Serpent Bumper Book of Magic.

Relevant bits captured after the jump. 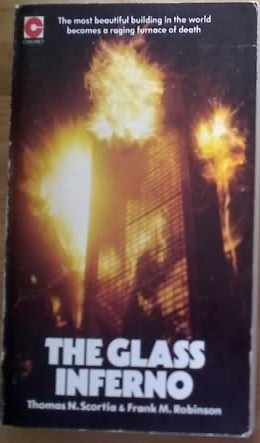 The Glass Inferno, co-written by Thomas Scortia and Frank Robinson, is one of the two novels (along with The Tower) that became the classic disaster movie "The Towering Inferno" (See what they did there?).

Set in an an unnamed Anycity, USA, the book chronicles the traumatic, destructive events of a single wintry evening. The centerpiece of the story is the Glass House - a beautiful-and-controversial new skyscraper.

The reader is quickly introduced to the story's villain: the fire.

From ember to blaze to really, really big blaze to ashes, the fire is daringly personified. The authors  even use the fire's perspective to introduce each chapter, going so far as to give it a vicious, animalistic motivation. Especially in the early part of the book, when the fire is 'sneaking' about unnoticed, this literary device adds a lot of spark to otherwise very dry introductory material.

Patrick, at SF Signal, has carefully harvested all the science fiction and fantasy books (149 of 'em) from the Guardian's recent "1000 Must Read Books" series. Because we're the internet, and need to measure our geek-wangs, he's also turned it into a meme.

Without further hesitation, the Pornokitsch geek-wang: 78 of 149 (52%). The list follows after the jump, with the ones I've read in bold. What about you?

The newest Watchmen trailer became available today (now that the movie's out of lawsuit-hiatus, perhaps), and our feelings are mixed.  It's admittedly pretty awesome, for a teaser, and the fake vintage stuff looks legitimately fake vintage, if not legitimately vintage.  That all speaks in favor of Zach Snyder's devotion to his source material (even if he has changed the ending).  That said, we're getting a little tired of these "released on a Friday viral video/teaser/trailer" thingies that movie studios and ad agencies seem to be wetting their pants over recently.

So what do you think?  Is this drool-worthy excitement-generating, or is it a bridge too far?

(The Dr. Manhattan cartoon looks awesome, by the way.)

Video after the jump.

Susanna Clarke (of Jonathan Strange & Mr. Norrell) adds to the Guardian's list of must-read novels with a half dozen of the best 'imagined worlds (article spotted on the exceptional Middle-Earth Blog)': 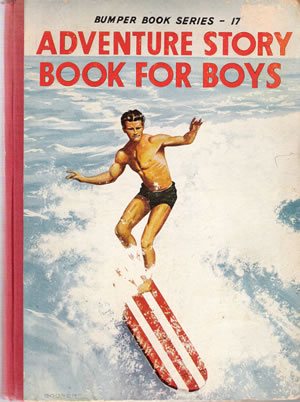 CS Lewis: The Chronicles of Narnia

JRR Tolkien: The Hobbit; The Lord of the Rings

This is, essentially, the Child's Bumper Book of High Fantasy. Epic, plot-driven series with some of the best-defined world-building in this (or any) genre. I've heard Clarke speak on a few occasions, and despite the sedate, character-focused plot of Jonathan Strange, she is always very open about the fact that her real joy is in world building (as evidenced by the book's copious footnotes).

Personally, the Discworld series is my least favorite of all of these. Xanth-like, it has stretched out far too long, with the jokes becoming increasing stretched. (Brief pause as 16 million British fantasy fans climb through the Internet and beat me to death with copies of their Science of Discworld audiobooks) However, as an example of world-building, Discworld is phenomenal - with Pratchett gleefully detailing every bizarre nook and cranny. 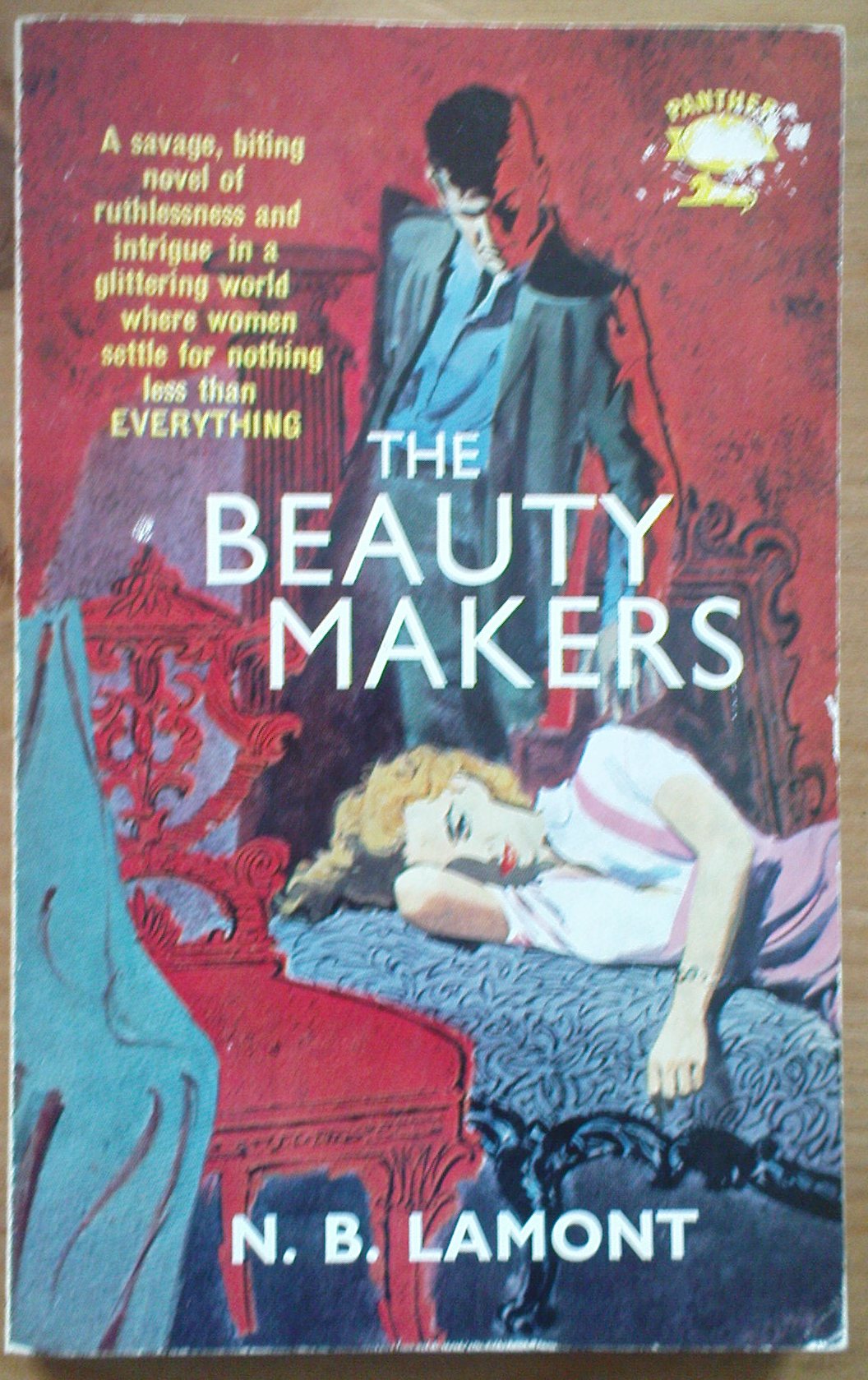 The Beauty Makers by N.B. Lamont was first published as a Cassell hardback in 1958, then reprinted in paperback in 1959 and 1961 (Panther edition shown here). The book is an intimate portrait of the fictional House of Vermeyer - a globe-spanning manufacturer of luxurious cosmetics.

There are two major plot-threads to The Beauty Maker.

The first, and most predictable, is the developing relationship between Paul Vandenberg, the company's new president, and Sigrid "Ziggie" Anderson, the private secretary of one of his vice-presidents. The two engage in a torrid 'will-they/won't-they' flirtation that eventually culminates in a surprisingly well-grounded relationship and unsurprisingly tragic ending.

The second plot that runs through the book involves Vandenberg's relationship with the House of Vermeyer as a whole.

A ruthless businessman - a fore-runner to day's generation of efficiency consultants - Vandenberg encounters resistance from every nook and cranny of the ponderous Vermeyer corporation. The company's 'face' and head of training, Gloria Vernon, resents Vandenberg for replacing her dead lover. The powerful, entrenched VP, Harry Sarnoff, refuses to relinquish the tiniest piece of his authority. Even the lead chemist, brewing the latest nail polish, worries that Vanderberg is 'out to get him'.

Vandenberg, although accomplished, moves through his work with Zenlike focus. He's dying of some mysterious heart/ulcer/stress ailment, which, combined with a natural distaste for 'clutter', has driven him to do everything as swiftly and efficiently as possible. Despite the fifty years since The Beauty Makers' publication, many of the office scenes are still relevant today. With its introduction to focus groups, product recalls, advertising campaigns and branded content, the book does a surprisingly solid job of providing marketing fundamentals that are still in use today.

Badger began in 1983, the creation of Mike Baron and Steve Rude. A superhero local to Madison, Wisconsin, the 'Badger' is 'Norbert Sykes', a veteran with a half dozen different personalities. Badger is an excellent martial artist and may or may not also be able to speak with animals (he can certainly speak to them, but Tintin-esque, it is never particularly clear if they're able to speak back).

Badger's adventures were rarely straightforward. Badger battled giant feet, cockroach kings, a dimension of jump-roping assassins and many of the magical rivals of Badger's boss, Ham the Weather Wizard. He was also the champion of environmental causes, his truffle pig's whims and puppies.

Badger (like Nexus, Baron and Rude's other long-running title) has had a long and erratic publishing history. Starting with Capital Comics, continuing mostly through First, and then culminating in short runs with Dark Horse and Image. Now, Badger is being reprinted in collections with IDW. 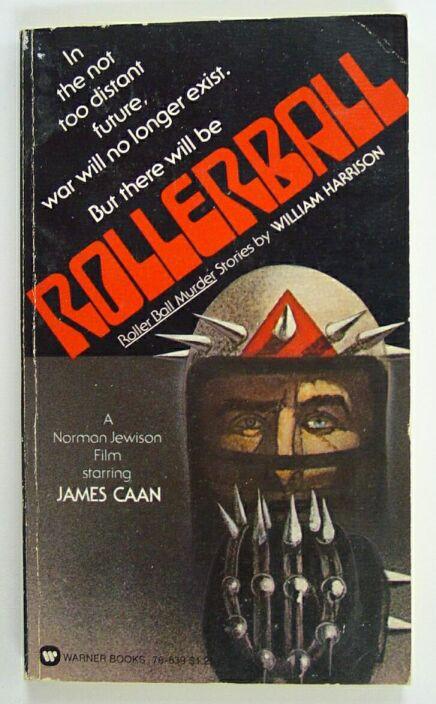 Rollerball (1975) is a collection of a dozen short stories by William Harrison.

Although headlined by the now-infamous Roller Ball Murder, most of the stories are not even science fiction - which must have come as a surprise to innocent buyers. The stories show a progression into the 'dark woods' (as the author puts it in his introduction), culminating in the apocalyptic title story.

The works range from 1968 to 1973. The earliest is "The Pinball Machines", Harrison's charmingly nostalgic recounting of his father's old barbershop, his father's old pinball machines, and, most importantly, his father's old-fashioned sense of honor. The other early inclusion is "The Hermit", a tale of redemption in the snow-bound wilds of Montana.

After these two, things start to get a little bleak.

Switchblade Honey and 50 Reasons to Stop Sketching at Conventions, as well as some suggestions on paired reading or viewing for both.

Switchblade Honey (Warren Ellis / Brandon McKinney): Switchblade Honey is one of the most enjoyable, accessible outputs from Avatar Press.  This short, black and white, one-off graphic novel tells the straight-forward story of a spaceship filled with outcasts.