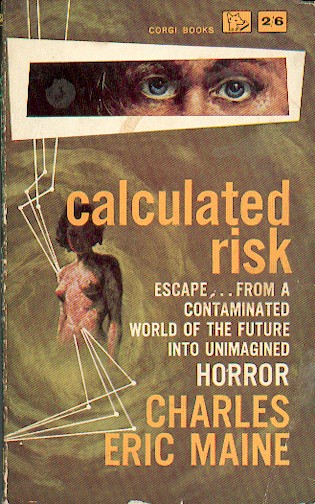 Calculated Risk is a disaster novel written by Charles Eric Maine (David McIlwain), the dominant name in British apocalyptic fiction (well, behind Wyndham. And Wells. And...).

Maine specialised in a specific sort of science fiction - he'd take a single scientific fact (or premise) and then extrapolate it until it reached the most dismal possible conclusion. As a result, over the course of 25 years, he destroyed the world in a thousand innovative ways.

The protagonist of Calculated Risk is Phil, a scientist from the distant future. He lives in the radioactive squalor of post-Armageddon London with his mistress, Kay. Fortunately, Phil has an escape route. Using quantum chicanery, he transports the minds of Phil and Kay into the past (1960s London). Two mid-century Londoners are brutally ejected from their own bodies, and Phil and Kay take over.

Brilliant - and quantum - so what could possibly go wrong?

This is a doorstop signed by William S. Burroughs.

Duncan Pride, a creation of Andrew Frazer (Stephen Marlowe), was the #1 draft pick of the St. Louis Rams at Quarterback. He played one game (2 TDs thrown, plus one rushing).

I know there are others.

Posted by Jared in Books, Mystery and Thriller | Permalink | Comments (2) 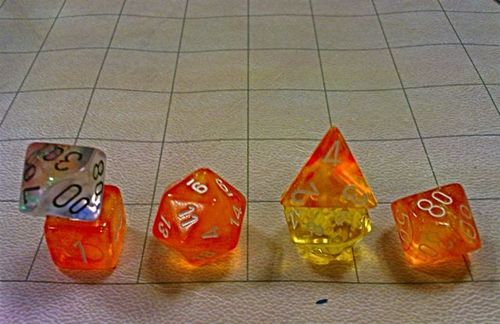 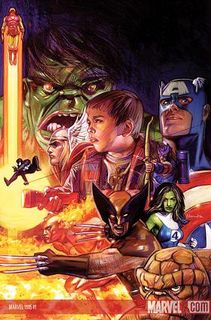 The profitable Mr. Millar is one of the biggest horses in the Marvel stable and a prince of the modern British invasion. Still, he hasn't done very well in Pornokitsch reviews. I like to imagine that he's furious about this. However, this little daydream has come to an end: Millar's 1985 is almost - but not quite - a work of brilliance.

Happily, Millar never gives in to the temptation to explain anything. There's a big portally thing (a glowing plothole, essentially) and a bunch of Marvel villains dive through it. Ostensibly there to 'take over', the villains immediately devote themselves to acts of senseless and horrifying destruction.

Our hero is a kid who, alongside his deadbeat dad, realize that there's something very wrong going on (First hint: Ultron blowing up the mall). Thanks to their geeky knowledge of the Marvel universe (plus some courage + purity of heart stuff), they save the day.

“It quickly became obvious that Jane [Austen] had laid down the blueprint for a zombie novel,” said Grahame-Smith, a television comedy writer. “Why else in the original should a regiment arrive on Lizzie Bennet’s doorstep when they should have been off fighting Napoleon? It was to protect the family from an invasion of brain-eaters, obviously.” 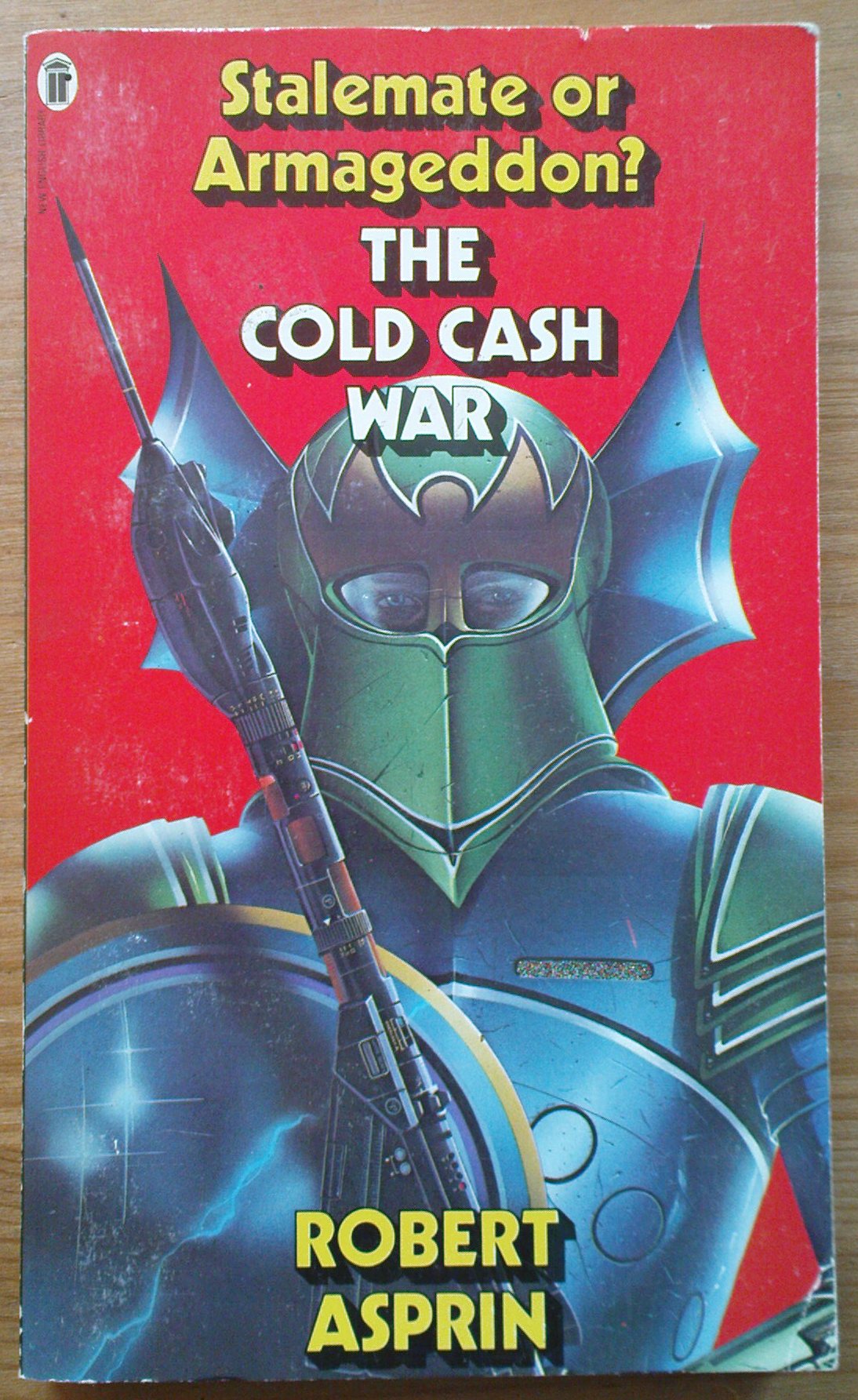 The Cold Cash War (1977) was Robert Asprin's first book. Mr. Asprin was later to establish a name for himself with humorous fantasy - the Myth Adventures series probably being his most impressive and longest-running contribution to the genre. However, in 1977, Mr. Asprin seemed to have a much grimmer look at things.

In The Cold Cash War, corporations are using military operations as a bizarre way of settling contract negotiations. Armies - all wearing special suits and using non-lethal weaponry - muck around in the wilderness (mostly Brazil).

By employing armies of mercenaries to zap one another in this advanced form of lasertag, the corporations resolve their disagreements without having to deal with things like 'courts' or 'laws'.

The book starts with a conflict between a communications conglomerate and an oil company, but its focus quickly expands. A negotiating tactic results in non-military personnel (e.g. 'Jan in Corporate') becoming fair targets. Fake warfare immediately becomes real assassination.  It doesn't take long for the government to notice the sudden spate of dead executives, and fake warfare soon becomes dangerously real... 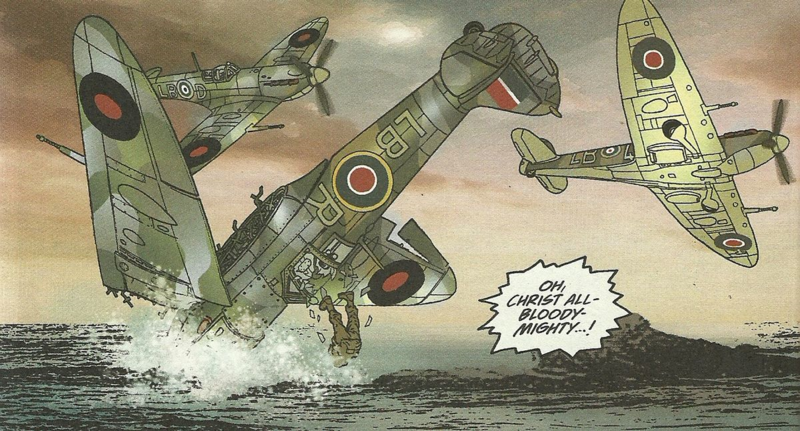 Underground Reading: The Treasure of Atlantis by J. Allan Dunn 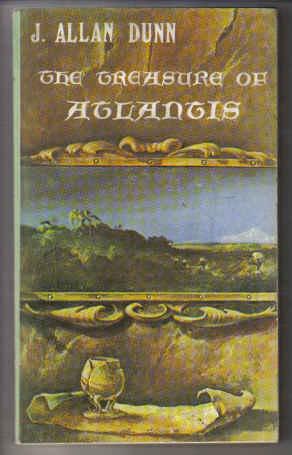 The Treasure of Atlantis was first published in 1916, a lengthy part of "All Around" magazine's December issue. The same magazine also published works by Haggard and Burroughs. Dunn's yarn of Amazonian/Atlantean exploration is a fitting companion.

The plot - especially to those familiar with Haggard - is predictable.

Evidence of a lost (white) civilization in some remote (non-white) part of the world falls into the hands of an uber-masculine British lord/explorer and his quirky scientist companion. The two men - one bored, one insane -  jump at the opportunity to prove some sort of madcap theory by exposing themselves to tremendous physical danger.

In this case, they're off to Brazil, to prove the existance of some sort of inexplicable Cretan land-bridge. The lord - Samuel Morse - and his companion - Gordlan Laidlaw - stomp around (very briefly) in the wilderness, and quickly uncover the lost city of Atlantis.