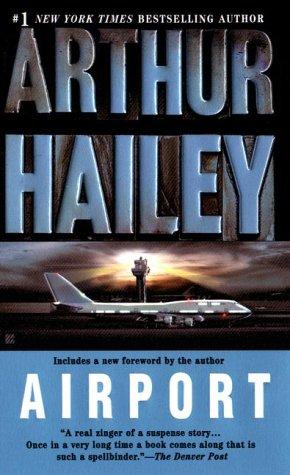 First published in 1968, Arthur Hailey's Airport is one of the original disaster thrillers. Compared to others of its ilk (Hurricane, The Glass Inferno, etc), it has dated poorly but is well-composed enough to still be entertaining.

Even to the layman's eyes, airports have changed substantially in the past 35 years - and even more dramatically in the last 5. The center of the thriller's 'disaster' plot relies on a passenger being able to walk onto a plane clutching a bag of dynamite. In the post-9/11 era, this is pure science fiction.

On a character level, Airport is equally dated. The book's reliance on the 'shocking' sexual precocity of captains and stewardesses to create character drama isn't nearly as pearl-clutching as it was forty years ago.

Hailey earns a lot of credit for featuring abortion and divorce-related storylines, but the years have been unkind to the traditional depiction of sex kitten stewardesses.

Killer Instinct (2006) by Joseph Finder is exactly one of those books I never pick up. A title like a Van Damme movie combines with vague and ominous cover art to make the perfectly generic airport thriller.

As far as the plot goes, Killer Instinct is similarly generic - a nice guy gets a leg up at his corporate job from a new friend. Then it all goes horribly wrong, as that friend is a nutjob and will kill everyone. Who could have predicted that trusting your wife/life/company to a nutball dishonorably-discharged Special Forces operative was a bad idea?
There's no question that the idea is hackneyed. And trite. And predictable. But... and may the god of crap fiction have mercy on my soul... this book was damn hard to put down. 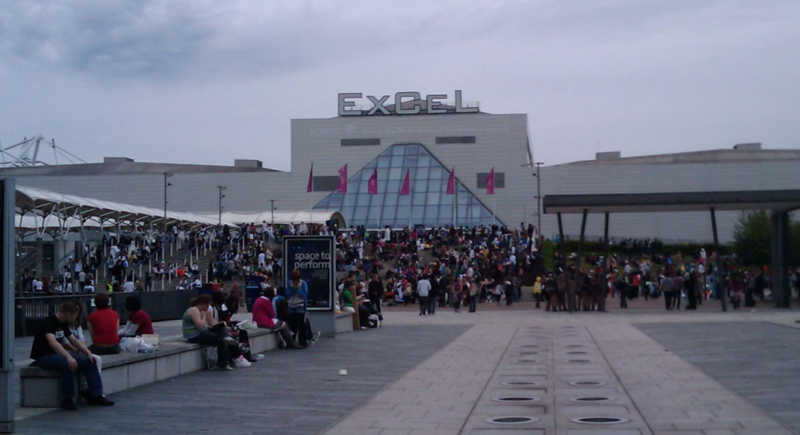 The London MCM Expo is held every six months at the ExCel center, out in the docklands. It is (as I graciously coined last night) a 'tossed-salad of geekery'.

The primary focus is manga - as evidenced by the masses of enthusiastic cosplayers - but the organizers freely snap up any other media luminaries they can find. Linda Hamilton and Tony Curtis (surreally) headlined, but had to fight for elbow room with Universal Pictures, a host of video game companies and the car from Transformers. 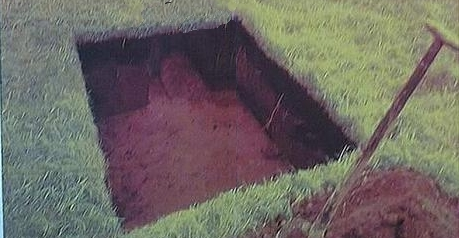 Pick the book (comic / graphic / fiction / essays/ whatever) written by Warren Fucking Ellis that you'll take to the grave with you.

PICK 1 (Jared): FELL.  A no-brainer for me. So good that Warren Fucking Ellis stresses about writing it, because he's set the standard so high. And, incidentally, my favorite graphic novel ever.

Felis catus is your taxonomic nomenclature,
An endothermic quadruped, carnivorous by nature.
Your visual, olfactory, and auditory senses
Contribute to your hunting skills and natural defenses.
I find myself intrigued by your subvocal oscillations,
A singular development of cat communications
That obviates your basic hedonistic predilection
For a rhythmic stroking of your fur to demonstrate affection.
A tail is quite essential for your acrobatic talents.
You would not be so agile if you lacked its counterbalance.
And when not being utilized to aid in locomotion,
It often serves to illustrate the state of your emotion.
Oh Spot, the complex levels of behavior you display
Connote a fairly well-developed cognitive array,
And though you are not sentient, Spot, and do not comprehend,
I nonetheless consider you a true and valued friend.

"We’re delighted to be welcoming the author of the astonishing The Name of the Wind, a debut fantasy novel written with the cadence and fluidity of a master poet. A rare visitor the UK, Patrick’s visit is causing quite the sensation - we’ve already received multiple emails about this!" -- Forbidden Planet

All exclamation points aside, Rothfuss is an extremely rare visitor to the UK, and - commenter opinions aside - a huge name in modern fantasy. And that's after a single book... 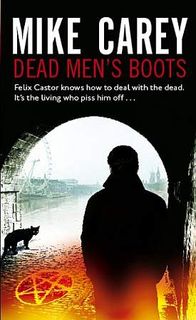 Dead Men's Boots is the third book in the Felix Castor series, written by famed comic book writer Mike Carey. Best known for his work on Lucifer and Hellblazer, Carey's series poaches creative elements from both those titles.

Felix Castor is a London exorcist. For no clearly defined reason, the dead have started to rise again - in a wide variety of terrifying forms (ghosts, zombies, werethings, etc). Worse yet, demons and devils are real - summoned by suicidal warlocks to stalk the streets. Although Carey hints towards a broad, apocalyptic metaplot, the series is skillfully composed of individual mysteries, each featuring the restless dead.

In Dead Men's Boots, Castor is hired by a unhappy wife to get prove her husband's innocence (apparently he beat a rent boy to death with a hammer). Simultaneously, Castor is unhappily bequeathed some esoteric notebooks from a fellow exorcist. The two mysteries swiftly become connected, and Castor begins to unravel a disturbing conspiracy.

Fans of Felix's friends and allies won't be disappointed. The ambitious cop Coldwood, the paranoid zombie Nicky and the alluring-but-scary demon Juliet are all involved - Juliet taking her most significant role so far. Carey also introduces a few new characters, including a horde of undead gangsters and a slightly different demon, the enigmatic Moloch. 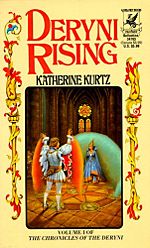 The Deryni series is an endless march of trilogies produced by popular fantasy author Katherine Kurtz. The first three - Deryni Rising, Deryni Checkmate and High Deryni - were published between 1970 and 1973.

The books chronicle the "adventures" of young King Kelson and his right-hand superman, Morgan. Both are Deryni - a race of more-human-than-human people with continuously astounding psychic powers.

Kelson is continually menaced (but never actually threatened) by a series of enemies - human, Deryni, ecclesiastical, familial, etc. However, between Morgan's awe-inspiring ability to generate new psychic abilities on the fly and other deus ex machina devices, there's not really anything approaching tension or concern.

Broad brushstroke failings aside, this series was also terrible in a lot of specific ways: 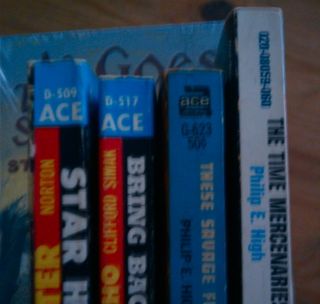 With the successful scavenging of these four Ace Doubles, I've finally reached a milestone in my obsessive collecting.

With G-623 (second from the right) (Philip E. High's These Savage Futurians & John Rackham's The Double Invaders), I've finished off the G series.

Only 14 of the 200+ Ace Doubles were published in the G series, so this isn't a huge milestone.  But, I finally have a neatly arranged row of ticks on my checklist. And I can officially declare that shelf complete. 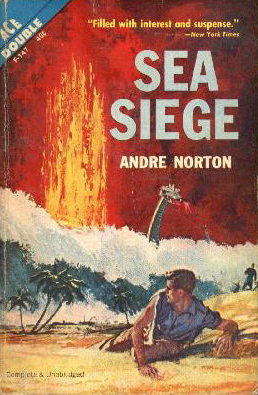 Sea Siege (1957 as an Ace Double, 1980 by Fawcett) is a half-baked post-apocalyptic tale by prolific science-fiction legend Andre Norton. The book is an uncomfortable mix of Cold War paranoia, Lovecraftian tentacle-beasts, voodoo and racism.

If, for some reason, that strikes you as appealing, let me assure you - it isn't.

The book takes place in the not-so-idyllic Pacific island of San Isodore - populated by a mysterious gov'mint research station, some scientists and a 'mongrel population' of superstitious natives. The protagonist, such as he is, bears the unfortunate name of Griff Gunston. Griff works with the scientists - his father, in fact, is the head muck-a-muck on the team. Griff really wants to go back to the US, where he fly jets and help save America from the Communist menace.