A belated Warmachine update - after retiring my High Reclaimer, my first outing of my new Mortenebra army went (suspiciously) well.

Despite my horrific history with Cryx, Mort and I managed to click right off the bat. I like to think it was because I managed to turn her into one of my better conversions - instead of being a steampunk cyber-centaur, she's now a Lovecraftian tentacle-monster.
(More Warmachine adventures after the jump...)

Underground Reading: One Monday We Killed Them All by John D. MacDonald 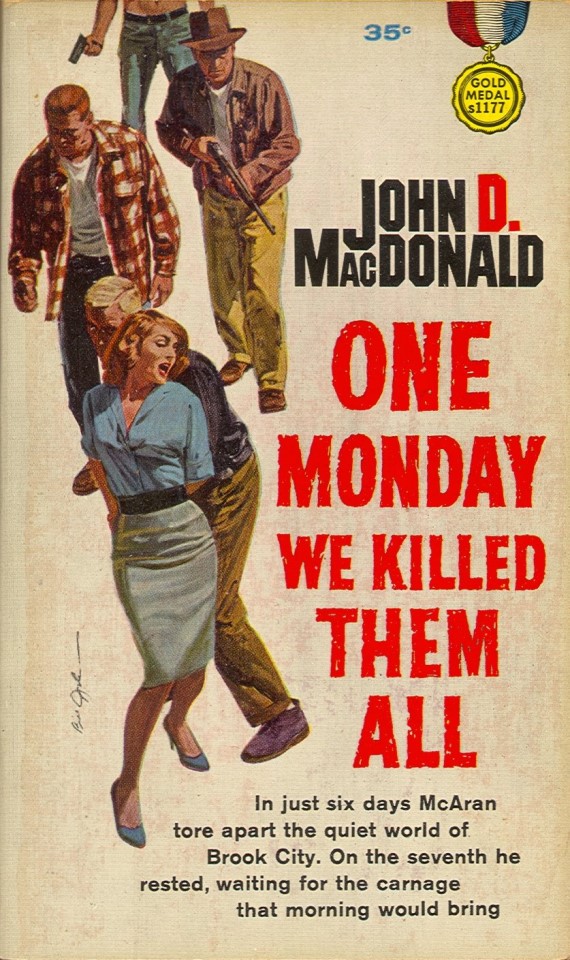 One Monday We Killed Them All (1961) is one of John D. MacDonald's stand-alone thrillers. A Fawcett Gold Medal original, the first edition (pictured) has a fantastic cover. I'm not sure who the artist is (doesn't look like a McGinnis), but the layout is a masterpiece - skillfully evoking tension. I'm also a sucker for big goofy lettering, which this has in spades.

The book itself is equally tense (and not, happily, goofy). The story begins with Lieutenant Fenn Hillyer - a model policeman - picking up his brother-in-law from prison. Dwight McAran has spent five years in jail for manslaughter. On one hand, he's lucky - he beat his girlfriend to death in front of a dozen witnesses. On the other, he's not - the woman was related to the most powerful man in town, and McAran has had five long, long years getting the hell kicked out of him.

Although his beloved wife is everything good and pure in the world, she has a blind spot for her brother Dwight. So while Fenn would rather McAran just ride off into the sunset, he's stuck welcoming McAran back with open arms.

Continue reading "Underground Reading: One Monday We Killed Them All by John D. MacDonald" » 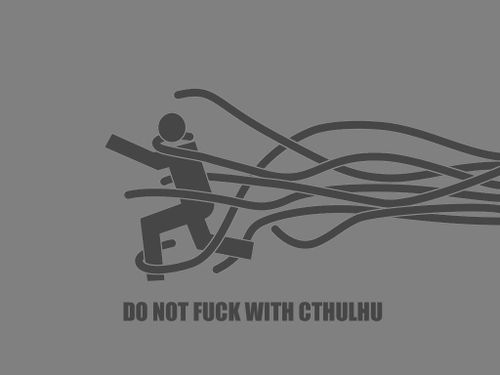 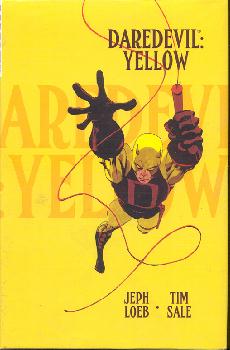 Daredevil: Yellow (Loeb / Sale): This is the first Loeb & Sale excursion since the epic disaster that was Catwoman: When in Rome, and I was pleased to discover that - when you don't read their work chronologically, they've regained their old skill. (Yes, that was an insult, but so was Catwoman).

Yellow is a retelling of the Daredevil origin story - with a focus on the hero's human side. While Matt Murdock struggles with some unspecified ennui, he recounts his early days as a superhero and his romantic entanglements with Karen Page. Sale's bright colors and cartoony style fit perfectly with Loeb's attempt to make a bittersweet romcom out of the Daredevil story.

Although certainly nowhere as good as as Brian Michael Bendis' lengthy run on Daredevil, Yellow was still a nice surprise. Loeb and Sale are pretty decent at what they do - when they stay in their bittersweet, four-color box. 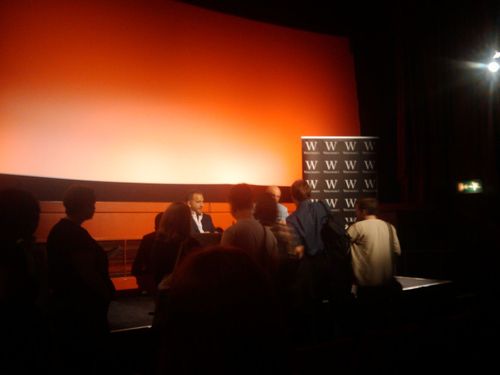 The book: Despite the hard-sell from Orion and Waterstone's, this signing wasn't really about the books. David Simon and George Pelecanos mostly spoke about The Wire, prompted by audience questions that were nine-tenths about the TV series.

The stars: The writers took turns to answering questions and supported one another's responses in a way that hinted at their strong working relationship. Pelecanos and Simon both fielded a lot of odd questions, but were largely unflappable. Simon demonstrated a pretty impressive vocabulary. Both demonstrably came to life when interesting questions engaged them (music, the legalisation of marijuana and basketball).

A little bit of virtual shopping to keep you busy during the long days:

- VJ Books are selling their unsigned first editions for under $10.
- Hard Case Crime (who now have 58 books published... and counting) have also released some t-shirts featuring their brilliant original cover art.
- Todd Klein has released his fourth print. This time he's paired up with artist J.H. Williams III to create a stunning Arthurian print - 'Drawing the Sword'. Our copies have already shown up in the post and are fantastic. If you're not collecting Klein's prints, you're missing out. From an design standpoint, they're brilliant collaborations of a master typographer with some of the best artists in the business. From a collector's standpoint, these are huge, limited-edition prints with some of the most sought-after signatures in the business for a ridiculously low price.
- Centipede Press - publishers of beautiful editions of classic horror, mystery & sf - have a wonderfully arbitrary sale. Check the description of every book, as the owner has been slashing prices at random. A good chance to get some great editions. 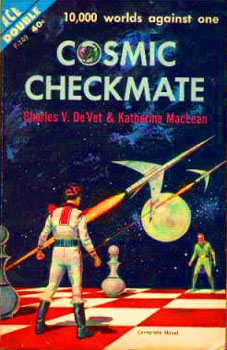 Reading an Ace Double means two reviews for the price of one: Cosmic Checkmate by Charles V. DeVet & Katherine MacLean and King of the Fourth Planet by Robert Moore Williams.

Cosmic Checkmate was originally published as a (Hugo-nominated) short story, "Second Game", in 1958. The Ace publication doubled the length of the story and was the first book publication, although with a silly title.*


Dizzying history aside, Cosmic Checkmate is actually a very solid piece of political science fiction. The hero is a spy (of sorts), who investigates a hostile alien culture by posing as a master gamesman. Simply by playing the local variation of chess, he explores about the alien society, mingles with its luminaries and, ultimately, learns their strengths and weaknesses. (If this is all sounding very familiar, it is because Iain M. Banks wrote essentially the same story 25 years later.)

The Fetishization of the American School System 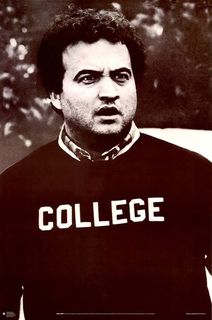 There are a lot of books out there that glorify the college (and high school) experience: mysteries, science fiction, fantasy and even (gasp) non-genre literature.
There's also some real trash out there (I'm looking at you, The Rule of Four) but also some great ones. The difference is often a sense of proportion. There's a tendency in this genre to operate under the assumption that everything significant in one's life happens by the grand old age of 21. Happily, this isn't true. The better books balance the need for drama and character development with the sense of perspective needed to keep it realistic.
The trend has been exacerbated by the marketability of young (e.g. just out of college) authors - a thriller about college by a college student has a publicity story (and probably comes cheaper). Not to say that all the young authors fall into this trap (the examples below don't!), but many do.
So, if you get your kicks out of schoolkids, here's three books to start with:

Continue reading "The Fetishization of the American School System" »

The Colonel, at the Convention, with his Dice... 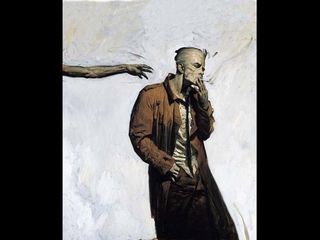 Four occult detectives for your consideration. From Los Angeles to the Nightside, hard-bitten, trenchcoat-clad heroes of the underworld, using bell, book and candle to fight back the powers of dark: