Eugene "Huge" (not "Genie") Smalls is an undeniably disturbed preteen in a stifling New Jersey town.

Due to his grandmother's loving (if misguided) influence, Huge is fascinated with noir detectives and fancies himself to be a developing Sam Spade. Anchored to this self-image and further weighed down by his own obsessive nature, Huge is set out on a self-destructive investigate of some incidental vandalism - his first 'real case'.

The mystery elements are entertaining (and, I have to admit, I was shocked by the culprit), but the real story is Huge's coming of age.

As he pedals around town in his last year before junior high, Huge slowly but steadily learns what the difference is between a boy (even a boy detective) and an adult, with all the weighty responsibility and acceptance of human frailty the latter entails. With less-than-subtle references to The Catcher in the Rye, Walden and the Raymond Chandler books, the author is clearly out to describe life for a modern outsider - and he succeeds. Huge is alienated from the world around him in a wide variety of ways (many of them self-created). 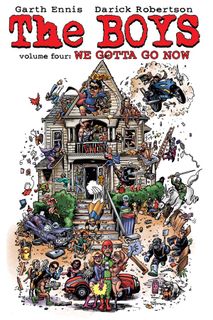 The Boys: We Gotta Go Now... (Ennis / Robertson): In the fourth volume of Garth Ennis' The Boys, Wee Hughie is sent off to investigate 'G-Force' - this world's analogue of the X-Men.

There are a half-dozen different G-teams, all of which operate under slightly different rules from the rest of Vought American's superhero 'franchises'. Still, they're incredibly profitable (everyone loves to buy gear supporting these 'outsider' heroes), so they're left to their own devices. However, when a founding member of 'G-force' commits suicide in a spectacular fashion, a lot of parties - including the Boys - decide it may finally be time to intervene... 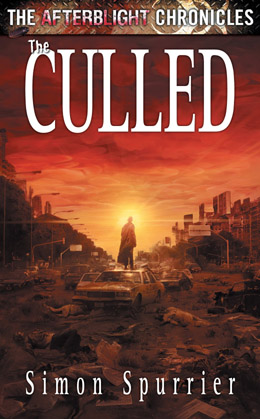 In The Culled, the first of the Afterblight Chronicles, Simon Spurrier introduces a post-apocalyptic world that's vicious, deranged, horrific and a whole lot of fun. Spurrier channels the golden age of splatterpunk in describing a disease-ravaged land populated by cannibals, cultists and drug-hazed maniacs.

The main character is an ex-SAS assassin type - exactly the sort of bullet-chewing hard man/action hero that the book needs. There's not a lot of subtlety going on - but that's not what the book requires. Spurrier takes the reader on a trans-Atlantic, flashback-littered journey through the world of the Afterblight, keen to show off as much as possible before the ink runs out.

As a result, the plot (such as it is) takes a bit of a backseat. There are clearly defined good guys and bad guys (whew), so the reader doesn't really need to know why anything is happening as much as sit back and enjoy the show. And, again, it is a pretty spectacular show. Explosions, lunatics, super-violence, more explosions, car chases, man-hunts, gladiators, cannibals... anything that can blow up and/or lose a head appears during the course of the book. The result is surprisingly creative (and a very good time).

Underground Reading: A Man of Affairs by John D. MacDonald 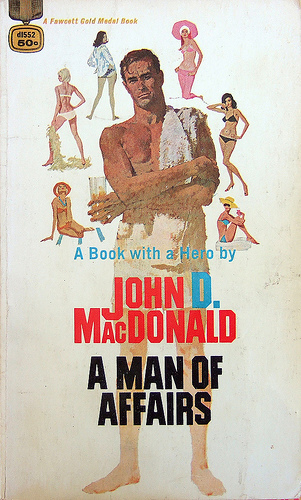 First published in 1957, A Man of Affairs is one of John D. MacDonald's rare forays into writing a unabashedly pure 'business' thriller. One of JDM's strengths is to render financial and corporate problems down to their human essences - explaining shares and dividends in terms of small towns, family homes and personal relationships.

In A Man of Affairs, the focus is solely on the lattermost point. From the set-up, JDM makes it clear that the stakes of the book aren't about life and death, or even wealth and discomfort. The conflict is about pride and ambition. How far will some men go for power, and where are the limits of self-respect?

The protagonist is Sam Glidden, an executive (not a shareholder) in a small-town manufacturing company. He owes a debt of honor to the company's founder - a debt which he maintains by sticking about at the business (despite being a 'bright young thing'). Unfortunately, the second generation of the company's ownership is not as worthy of Sam's loyalty (or are they?).

"Privateer Press has a secret, and we are giving our fans at Gen Con a special first look! Come on down August 14th at 4:00 pm to the Capital III room of the Westin Hotel for a multi-media presentation and Q&A panel, featuring Privateer Press Chief Creative Officer Matt Wilson and some very special guests, as Privateer Press unveils the next big thing for WARMACHINE!"
With Mark II already announced - and the latest faction already well-detailed on-site and in No Quarter magazine - no one has any idea what this could be.
Rampant speculation after the jump.

New Releases: The City & The City by China Miéville 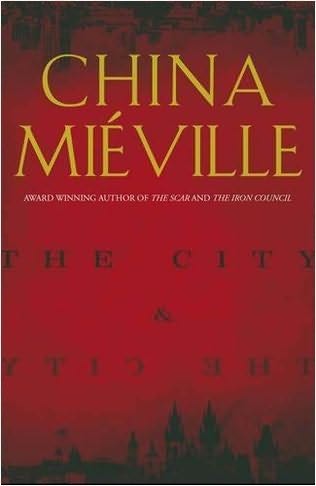 The City & The City is the latest from Pornokitsch favorite (again and again) China Miéville.

This novel is a departure from the overt fantasy of his Bas-Lag series and his recent young adult book, Un Lun Dun. The closest approximation to his previous work would be to King Rat, which, for all its fantastic elements, was essentially a modern urban thriller.

The review that follows is phenomenally vague, but The City & The City is an exceptionally clever piece of fiction, and I don't want to spoil it.

The protagonist is Inspector Tyador Borlu, of the Extreme Crime Squad. Mieville sets the book up like a murder mystery - the slightly-jaded Borlu must deal with incompetent superiors (and juniors), awkward bureaucratic processes and an aging, under-staffed department. If anything, it is a conscious replication of the vaguely-existential, non-Western mysteries that are currently quite trendy (and rightfully so).

The existence of a mystery, however, is the ultimate red herring. Although the plot - with its many twists and turns - is the sort of well-crafted, exceptionally-detailed masterpiece that we can now safely expect from Miéville, this book is not about the plot. 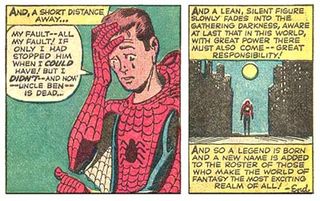 Pick the Marvel comic book (current series / dead series / mini-series / graphic novel / whatever) that you want as your very own.

You can staff it up however you choose, futz with the plots, save it from obscurity or kill everyone off. Go wild.

3) Marvel only. In case that wasn't clear enough.

------
PICK 1 (Jared): Cloak & Dagger. Awkward, awkward pair of Z-list heroes that never held down their own title longer than a minute. BUT, once you scratch the surface, they were a bit gritty - plot-lines involved kidnapped children, slavery and the drug trade. I'd like to see a modern-era approach in which a skilled writer works with the race, sex and class tension that permeates this awkward pairing and sends them back to the streets. Not sure who (Ennis feels right, but I don't want him to go all goofy), but someone. And it needs nasty, edgy, rough art.
Next?

Five Ways to Spend the British "Summer": Board Games

A round of Arkham Horror last night prompted some discussion over great games. We've had the chance to try out quite a few lately, and here are some of the favorites:

: The first couple run-throughs will invariably be disastrous - try as they might, this is a not a game that can be explained with written rules. That said, once Arkham Horror clicks, it may be one of the most fun cooperative games ever. The players band together to romp around Arkham, battling Lovecraftian monsters, diving into portals and generally engaging in pulpish mayhem. Infinite replay value due to thousands of encounters, a variety of game-changing Great Old Ones and a dozen very different characters. We've tried The King in Yellow

expansion (a thoughtful wedding present!) and loved it.
Four others after the jump (spaceships, sandworms, titans & dungeon crawls!)...