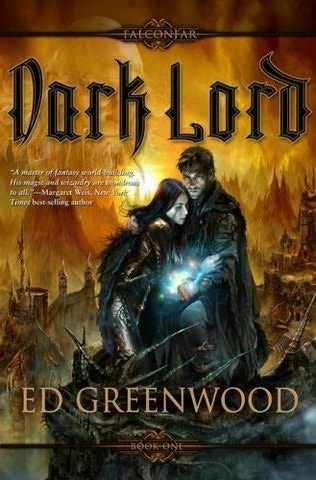 Dark Lord (2007) is the first book in Ed Greenwood's Falconfar trilogy. Greenwood is the mind behind the seminal Forgotten Realms campaign world, as well as writing a billion or so (approximate count) books for that setting.

Dark Lord, unsurprisingly, is a fairly standard high fantasy novel - good girls, bad wizards, a bit of prophecy and a bit of 'sucked out of the mundane world' thrown in for good measure.

That, or absolute shit. You be the judge.

The book features Rod Everlar, who is a fantasy writer in "real life". Rod created the immensely popular Falconfar setting - describing every aspect of the world in loving detail. The setting was so popular that a computer game company (the inauspiciously-named Holdoncorp) bought it. Poor Rod can now feel his creation slipping away.

That is, until it comes very, very near. A little less than a year ago, Jared and I attended the Sci Fi London's literary panel "Writing Young Adult Fiction." Although fascinating, the event had a few major weaknesses, mainly an overwhelming moderator and an overstuffed panel.

The young adult fiction panel at SFX's Weekender, however, shared none of these problems.

In case you haven't noticed, quite a few people made it to the SFX Weekender. Paul Cornell, Joe Abercrombie, Mark Charan Newton, Abaddon's David Moore, Stephen Deas, Den Patrick and the Geek Syndicate all have something to say. Plus us. Twice.

Are you afraid of the dark? 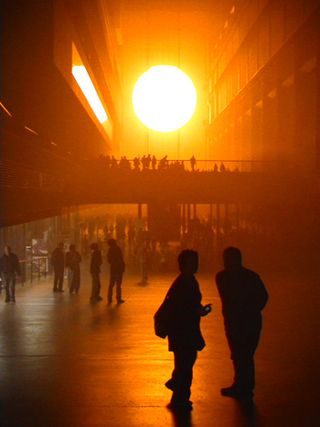 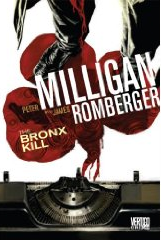 The Bronx Kill is now the third I've reviewed in the fledgling Vertigo Crime series - an ambitious effort to tell standalone crime stories using the graphic novel format. The other two (Ian Rankin's foray into Hellblazer and Jason Starr's The Chill) were attempts by celebrated authors to write for the comic format. I didn't find them spectacular successes - if anything, I think they helped disprove the theory that 'just because you're a good author, you can write for comics'.

In The Bronx Kill, Milligan, a tried & true comic book writer, shows them how it's done.

The Bronx Kill is skilfully-paced & wonderfully executed. The author/artist relationship comes across as trusting & strong, there's a great balance between how the story is carried in text and picture. The story isn't simple: our protagonist, Martin Keane, is a self-absorbed wanker. He's from a long line of cops - so his career as a writer is a point of constant disagreement with his father (not that it affects him, as he's hidden behind a think wall of angsty wankery).

The interblogspacesnets are already filled with reviews of the first SFX Weekender, so I'll do my best to keep this concise. For our two cents on the lodging & general environment, check out Anne's notes (and photos) earlier.

The SFX Weekender is a promising event that could, and should, improve with time and practice. Ultimately, we had a fantastic time this past weekend: good intentions and great people overshadowed a few pesky flaws.

You can stop right there, or press on to find some lengthier rambling after the jump. All, of course, from the bookgeekish point of view.

"Steampunk is...set in a place and time where steam is the dominant form of high technology. It's a retro futurism," writes Cherie Priest. Boneshaker is just like that... a "steampunk zombie adventure". So, just to be clear, steampunk's distinctively defined by its use of technology.  Except the bits that are supernatural. Clear? Good. (Seattle Times found via Gail Carriger)

Etiquette for the Modern Age

In her most recent column, Miss Manners dealt with the question "how one should handle space invaders?"

Fear not, well-mannered curious person!  Pornokitsch has your answer:  take pictures before they're defaced or destroyed.

SFX Weekender: The Other Side

In the days to come we will be posting all sorts of luscious details about our weekend away in Camber, Sussex. (For example!  We met the author of Doctor Screw!) For tonight, however, Pornokitsch is delighted to bring you a few photos of the non-geeky bits - or, in some cases, the less geeky bits - of the SFX Weekender.

Continue reading "SFX Weekender: The Other Side" »

Even a broken clock is right twice a day.