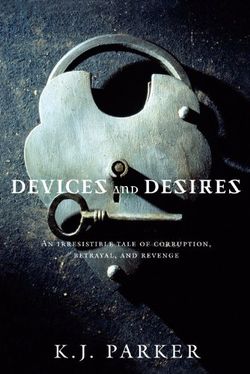 Over the past week, I've burned through K.J. Parker's exceptional Engineer Trilogy. First published between 2005 and 2007, this is Parker's most recent series.

It is, as hinted above, brilliant. Parker's infectious, stylish use of language combines with a distinctly philosophical approach to make one of the best series I've ever read.

The Engineer Trilogy is about a lot of things, and a lot of people, but, central to the action is Ziani Vaatzes. Vaatzes is an engineer from the Republic of Mezentia, a sort of Roman analogue that has a distinct technological advantage over its surrounding nations. Vaatzes is an impressive engineer at that - so when he's sentenced to death for a seemingly minor infraction of Mezentine law - his analytical mind clicks into action. Not only does Vaatzes escape from prison, but, once in exile, begins a series of military and political maneuvers will change the face of the world.

This is well beyond your typical stableboy/prophecy stuff, and, despite the importance of technology, this shouldn't be confused with steampunk either. Parker is past world-building or fantastical gimmickry.

The setting is an abstracted analogue of the real world and the cultures are deliberately streamlined archetypes. The characters are brilliant - empathetic, fascinating and absorbing - but even they're not the core of the book. This series is a deliberately provocative exploration of what makes people tick. 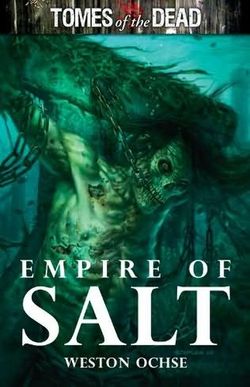 Just when I was about to give up on zombies, Weston Ochse has resurrected the trend. Empire of Salt isn't a good zombie book - it is a good horror book. Brilliant writing doesn't follow trends, it stands (or shambles) on its own two feet.

Empire of Salt takes place in Bombay Beach, a moribund Californian town perched precariously on a massive saltwater lake. The town, never booming, has been declining for decades, but has truly hit its nadir at the start of the book. The population is almost entirely misfits and outcasts: an ex-revolutionary Elvis impersonator, an assortment of ex-criminals, a couple salt miners (the only "industry" in town), a nudist preacher, some drunks and a mad scientist.

Well, to be fair, there are also a few thousand zombies.

It seems that, across the lake, a government "energy plant" is actually doing some work on the space race: breeding astronauts that don't need to eat, drink or breathe. You can see where this is going, right?

I'm really impressed by the awkward contortions that took place in this announcement. Serious acrobatics in order to avoid using the word "fantasy":

Emily Croy Barker's THE THINKING WOMAN'S GUIDE TO REAL MAGIC, about a woman who finds herself in an alternate world -- a fairy tale gone wrong -- where she will need to learn the skills of magic to survive, pitched at adult readers of Harry Potter and JONATHAN STRANGE AND MR. NORRELL, for publication in 2012, to Pamela Dorman at Pamela Dorman Books, by Emma Sweeney at Emma Sweeney Agency (world). French rights to Flammarion.
-- Publisher's Lunch

Just so you know, that's what we all are: "adult readers of Harry Potter".

The Killer Inside Me 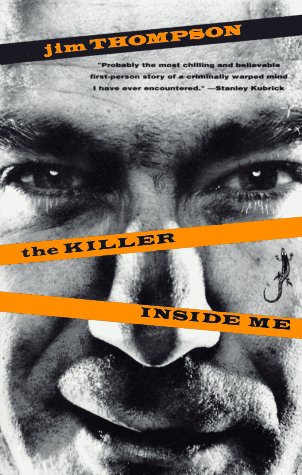 The Onion's geeky offspring, the AV Club, is running a great interview with Casey Affleck today.  Affleck stars as Lou Ford, the murderous sheriff in Jim Thompson's brilliant The Killer Inside Me, in Michael Winterbottom's remake.

Affleck has matured into a really impressive actor.  His turn in The Assassination of Jesse James by the Coward Robert Ford is absolutely the best thing about an otherwise long, slow film.  I have high hopes for Killer, despite the fact that it rounds out its cast with the uninspired Jessica Alba and Kate Hudson - after all, the source material is extraordinary.

(The moral of the story is, if you've never read The Killer Inside Me, it's time.)

Nicolas Cage's quickly forgotten Ghost Rider may be getting its sequel on.

Is anyone awaiting this at all, much less eagerly?

We've posted a few of our best geeky photos online.  You can check them out here.  We'll be updating!

We got poked in a recent "book habits" meme. Convenient, as it gives the various Pornokitschers (Pornokitschen?) a chance to introduce themselves. And fun, as, like all such things, it is an excuse for us to indulge in a little shameless narcissism. (There's a reason meme is spelled the way it is, folks.) 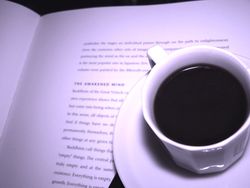 Our answers are below (and continue past the jump), but please don't let us have all the fun. Join in, in the comments, or send us a link to the answers on your own blog.

1: What is your favorite drink while reading?

Anne: Tea unless I'm getting an early start, in which case coffee.

Jared: Coffee. (Also my favorite drink while not reading.)

PK Draft: The Winner is... Den

When is rolling a 1 not a critical failure? When it rewards the first (and sixth) person to pick in our online draft. Congratulations Den - a lovely signed first edition of Joe Hill's brilliant Horns will be with you shortly!

Thanks to everyone for participating, all the books and films that were drafted have been preserved for posterity as Amazon wishlists.

(Next video will be less cock-eyed, promise.)

Feminist Hulk has 15,123 followers on Twitter.  Are you following him yet?