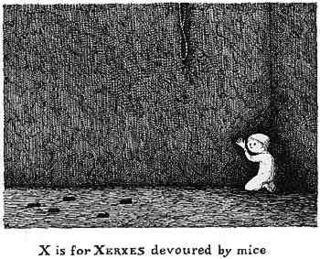 Although elements of the Gothic novel are inescapable these days, the Gothic novel itself has gone out of fashion.  This is a real pity; the gothic has been profoundly influential in genre fiction - and fiction as a whole - for more than two centuries, and deserves a better dotage.  After the jump, five Gothic novels and a little commentary.

The Gothic novel is a blend of romance and the supernatural, generally featuring a female protagonist.   Crumbling towers and men with forbidding aspects are also hallmarks.  As the majority of Gothic novels are written by women, and read primarily by a female audience, the genre is uniquely suited to explore issues of gender, sexuality, and identity in ways that other genre fiction can or does not.  As feminist and proto-feminist literature, the Gothic genre is a goldmine.

There have been two major periods of Gothic writing, the first from about the mid-eighteenth to the mid-nineteenth century, and the second in the late 1950s, into the 1980s.  Although the Gothic novel never really went out of fashion during the nineteenth century, the quality of writing waned considerably until the second wave, which featured a number of excellent authors.

While the first wave of Gothic novels tended to conclude by reasserting social norms and reaffirming middle-class values, they did often contain social commentary of some stripe.  The question of what society was to do with women of a certain class - from "good" families, so unlikely to go into service, but too poor to be of much interest in the marrying fields - was a pressing one in the nineteenth century, and the Gothic novel is but one expression of this concern.

Interest in the Gothic novel revived in the mid-twentieth century.  Again written primarily for 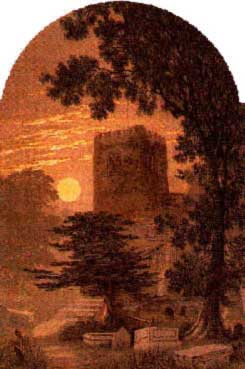 women, the new Gothic novel was also written primarily by women.  Class, gender, sexuality and identity remain thematic features, but the quivering orphans of the Victorian Gothic were swept away, replaced by smart, independent adults.  Many of the other salient trappings remain, however, including crumbling towers, dangerous romantic foils, and faint hints of the preternatural - even if this last is limited to references to fairy tales and unexplained coincidences.

The genre subsided for a second time in the 1980s, split up and subsumed into other genre categories such as romantic thrillers and straight-up romance novels.  Many of the second-wave Gothic novels are long out of print, but you can still find them in the paperback section of used bookstores.  Just keep your eyes peeled for a cover featuring a young woman, in a flimsy nightgown, looking imperiled.  Double points if there's a crumbling tower in the background.

Otranto is the novel that started it all.  It's the story of Manfred, lord of the castle, and his soapy family woes: seduction, murder, divorce and betrayal - the lot - and the occasional oversized ghostly floating helmet.  It's a strange little novel, two hundred and fifty years on, but profoundly important and worth a look.  It's also a quick read, and online.  Among other things, Otranto is considered a major source of the Victorian obsession with the Medieval, and the neo-Gothic revival responsible for the architecture of everything from the Houses of Parliament to Pornokitsch's own alma mater.

Not simply one of the greatest novels ever written, Jane Eyre is also probably the finest Gothic novel ever written.  Bronte's greatest achievement is in Jane herself, a remarkable and brilliant characterization.

Plus, the next time you're at a party and some blow-hard starts pontificating about how the bildungsroman is a man's genre, just point him at Jane Eyre.

Uncle Silas features an imperiled orphan, and a thick one at that - but she's not nearly as bad as the usual run of Victorian Gothic heroines.  What the novel lacks in modern characterization, however, it more than makes  up for with extraordinary settings, more than effective in their ominousness and claustrophobia,  and a genuinely shocking climax. 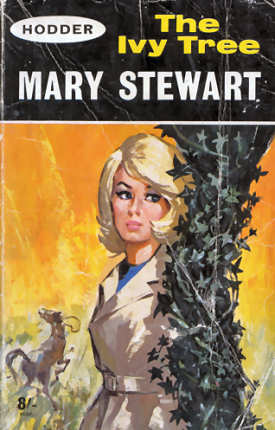 Arguably Stewart's most accomplished novel.  Stewart is most famous these days for her Merlin series (The Crystal Cave, et al.,) and the majority of her Gothic novels are long out of print.  Fortunately, The Ivy Tree, with its dark meditations on the fluidity of identity, is still available from the Chicago Review Press.

Barbara Mertz, an Egyptologist by trade, is currently best known for her Amelia Peabody and Vicky Bliss series, historical fiction which she writes as Elizabeth Peters.  She focuses her work as Barbara Michaels on the Gothic, and her  Michaels novels tend to be quick little stand-alones.  Wait for What will Come may be the best of the bunch, featuring a crumbling tower (in Cornwall), several attractive men who don't droop under the weight of their brooding sexuality, and a likable heroine who's neither idiotic nor sexually repressed.  Michaels demonstrates a dab hand for Cornish mythology and history and, perhaps best of all, Wait for What will Come is actually funny.  In parts, anyway.

Mary Shelly's Frankenstein and Sinclair Lewis' The Monk are classics of the first-wave Gothic; Jane Austen's Northanger Abbey is a piss-take of the genre; Mary Stewart's This Rough Magic features a gorgeous setting and a fascinating plot; and Barbara Michaels' Sons of the Wolf is a weird, highly entertaining Gothic written at the beginning of her career.

Although elements of the Gothic novel are inescapable these days, the Gothic novel itself has gone out of fashion.  This is a real pity; the gothic has been profoundly influential in genre fiction - and fiction as a whole - for more than two centuries, and deserves a better dotage.  After the jump, five Gothic novels and a little commentary.