We've closed submissions for the 2010 Kitschies. 58 books from 23 publishers are all in contention on the final list. We're going to spend the next two weeks selecting five for the short list, as well as picking the winner of the Golden Tentacle (for an author's first novel). The criteria remains the same: we're looking to reward those books that elevate the tone of geek culture. (More on what that means here).

The latest version of IE is having issues seeing this site properly. Sorry about that. We've put in a call to Bill, and he's on the case. In the meantime, why not take part in our latest competition over on Facebook? Or say hi on Twitter? 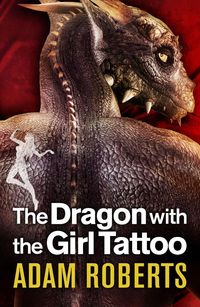 Nothing quite excites our imagination like screen adaptations of our favorite books. From Solomon Kane to The Lord of the Rings, each movie creates a wild fever of speculation. Who will play Bilbo? Who gets to be Edward Stark? The guessing game is often more fun than the end product.

This week, we'd like you to dream big and tell us who you want to see playing your favorite character in the imaginary film adaptation of a genre book/series.

Our prize this time is a lovely new first edition of Adam Roberts' The Dragon with the Girl Tattoo. (A well-written pastiche that's not better than both its book and film counterparts.)

Remember, this is a draft. So once an actor/actress is named, they're off the table. And same with the character. So if I want to see Michael Keaton as Locke Lamora, no one else gets to use Mr Keaton or Locke Lamora.

Rules, as usual, below the jump. 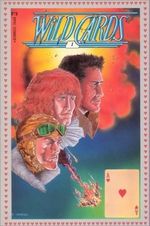 Two older series and one treat that's just been released. No graphic novels, but everything's prestige format, so we'll count them anyway

Wild Cards (Various): In 1990, Epic Comics put out a four issue mini-series based on the George RR Martin-edited Wild Cards series. Wild Cards is a shared world setting of alternate history superheroes (based, I think, on an improvised RPG session between some of the key writers).

The comic book series was meant to capture the same spirit: many of the books' writers combined with a variety of artists to create a mosaic miniseries. There's a weak, overarching meta-plot, but mostly this is a ragtag rehash of the books' major storylines. If you're familiar with the series, the comic book is cute little collector's item - if exceedingly crunched and (almost universally) abhorrently drawn. If you're not familiar with the books, this is badly drawn gibberish. (4/10)

[GRRM collectors will be interested to note that the Great Bearded One did write one of the stories in volume 3 -  one of his earlier comic book appearances.]

After the jump - Code of Honor and Warren Ellis' Shoot. 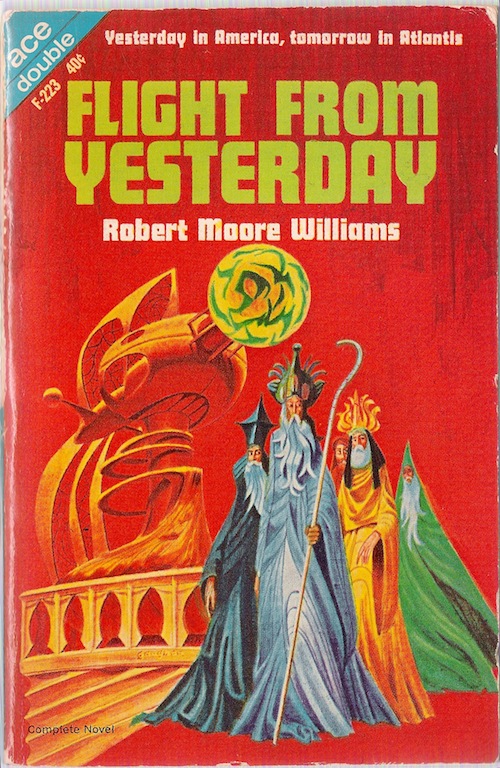 The Independent Literary Awards shortlist is up: The Passage (Cronin), Dante's Journey (Marino), Kraken (Mieville), Monsters of Men (Ness) and How to Live Safely in a Science Fictional Universe (Yu). As a panelist, I'll be unusually discreet on any chat regarding those five books until February. However, the shortlist for the Kitschies hasn't been finalised yet. If you've got any nominations there, chime in.

A quick look at how the most hyped titles of 2010 are doing - from a collector's point of view.

It is worth noting that "hype" is a slightly perjorative term. That's not intentional, in fact, from the marketing point of view, it is something to be congratulated: these are the books that cut through the noise to make enormous splashes. The question is, as the year winds up, did those splashes turn into anything more?

Also worth noting that any judgement I make on a book's collectibility is no reflection of that book's literary or artistic merit. This is purely about market factors. Also, this is all for fun, please don't invest your pension on the back of my advice. 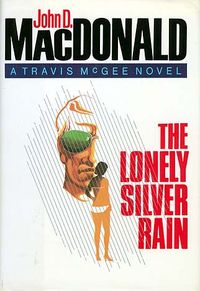 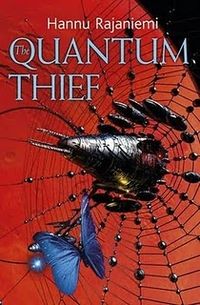 The Quantum Thief by Hannu Rajaniemi is one of this year's most celebrated debuts - a complex science fiction mystery set on a far-future Mars. Part crime, part espionage, part action thriller and all jam-packed with imaginative technology, The Quantum Thief is a daring and intricately-constructed adventure.

The plot follows, mostly, the thief Jean le Flambeur. Jean is freed from his infinite, game-theory -riddled space prison by Mieli a winged-cyber-ninja. Mieli is on a mission and needs Jean's help. Unfortunately, Jean is only a mere shadow of his former self. Before he can help out Mieli and steal something, he needs to sort himself out. His foxy robo-angel reluctantly in tow, Jean heads to Mars to find fragments of his own memory.

Meanwhile, Mars is a proper SF wonderland, with more shiny baubles than a Christmas tree. Martians (such as they are, being human) live on time - bought, borrowed or earned. When they're out of time, they go Quiet, and are put to work terraforming or doing some other form of manual labour in a temporary monstrous form. The entire Martian society is based on a system of gevulot - shared memories. You don't tell people things as much as politely agree to mutually recall a something they hadn't experienced yet. There's no history, just "exo-memory" that exists outside of individual perspective and recall.