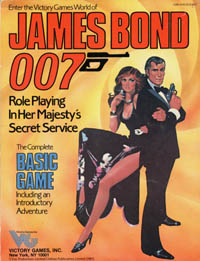 James Bond 007, Role Playing In Her Majesty's Secret Service was produced by Victory Games (an offshoot of Avalon Hill) in 1983. Espionage and mystery-based games are always a complicated mileu - demanding of both the GM and the players. They're more open-ended and improvisional for the players and insist that the GM is always one step ahead, something that can be quite difficult to do on the fly. When it comes to enjoying a game, the only thing worse than an impossible mystery is an obvious one.

Much to my surprise, this vintage game made it work -  stylistically, mechanically and, most importantly, philosophically.

The latter point is perhaps the most significant. In the opening pages, James Bond flags up its important distinction: "This game is designed in the favor of the players. After all, what good is being James Bond if the game says you will fail rather than succeed".

The gameplay consistently supports this approach - keeping to an interesting middle ground between Gygaxian antagonism and Fourth Edition's "shining points of light". In James Bond, the agents are something special and they (almost always) succeed in what they want to do - the challenge is figuring out what to do, when to do it, and when they need to do it really, really well.

The mechanics support the philosophy almost shamelessly. Every task is measured in an Ease Factor - a number between 1/2 (hardest) and 10 (easiest). The GM assigns the Ease Factor, either arbitrarily or by consulting the myriad of scenario-based mini-tables that litter the rulebook. The PC then multiplies the Ease Factor by their relevant skill.

For example, a player adept at firearms might have a Fire Combat Skill of 25. The GM says he's taking a moderately difficult shot at an approaching henchman, an Ease Modifier of 5. So the total Success Chance is 125 (25 x 5). The player rolls percentile dice and then refers to the all-powerful "Quality Results Table", a five-columned monster that converts a roll of the percentile dice into a result between "Excellent" and "Acceptable". In order to achieve outright "Failure", a player needs to roll higher than the Success Chance. So in this instance, that's impossible (except on a natural 00). Plus, the agents get "Hero Points" that can be spent to improve the quality of successes.

Taking the same character, even for an incredibly difficult shot (say, Ease Factor 2 - James is shooting with his off-hand while swinging through the air), the player still has a Success Chance of 50 (25 x 2). This means than an Acceptable or better result will happen 50% of the time.

Skills are easier to use than raw attributes, as most skills are constructed of the appropriate attribute or attributes plus skill points. A character trained in "Science" will have a higher chance of success than one using pure "Intelligence", for example. In gameplay terms, this actually came out most frequently in the difference between Perception (an attribute) and Sixth Sense (a skill). As an ostensibly mystery-based game, these two rolls occurred very frequently, but, on average, a Perception score was about half that of Sixth Sense. Vague feelings were common but actual "spotting" was rare.

For the GM, this is ideal. In our adventure, the secret passageway in the Billiards Room was revealed by potting the black ball on the billiards table. Sixth Sense was used to reveal that there was something odd about the tables - an accustomed gambler like Bond had a weird feeling that the setup was wrong. Perception would've shown that the balls were all set up wrong, and, in fact, the table was almost entirely unworn, except for one distinctive groove... 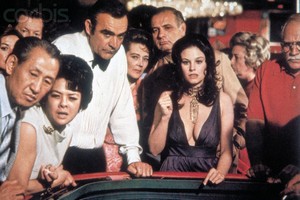 The Ease Factor system also makes it incredibly easy to rule on the fly. It merely requires that ththe difficulties are fairly scaled for the same type of action (e.g. firing a gun vs firing the gun with an off-hand vs firing the gun from ambush, etc). The rulebook does try to include tables for every possible skill in every possible scenario, but those are more useful for campaigns in which the GM would need to maintain some sort of genuine equitability between sessions. For a one-off, the page turning proved unnecessary - I went with my gut and tried to keep it proportional.

Combat is also a simple system. Again, the rules are scaled in favor of the players, but it is largely a matter of taking shots/punches and seeing what sort of wound is caused at each level of success. Rather than dealing with hit points, players (and enemies) are stunned and weakened by taking damage - a Light Wound, for example, has a chance of stunning and will also reduce the quality of each future endeavour until it is treated. Essentially you bludgeon one another into uselessness. Most henchmen are fairly worthless to start with (the guide suggests you just assume blanket stats for normal, elite or super villains), it doesn't take much. Named Villains get "survival points" to keep them around for the monologuing.

That, in a few hundred words, is it. The rest of the book is simply dressing - guns, vehicles and a few exotic locations. Handily, it includes a hefty catalog of Bond's friends & foes, as well as a Choose Your Own Adventure style solo adventure.

As the GM, this was one of the easiest one-off adventures I've ever had to run. My villains all had blanket stats and the Ease Factors were all made up on the fly. I've never had to write an adventure without penning a single number before, but it was a pretty amazing experience - and it meant I was able to spend a limited amount of prep time making table-dressing (location photos and "mission documents" ) instead of number-crunching. Rather than being yet another session lost in three-hour combats and page-turning, "The Horns of Dilemma" will be remembered for its vegan terrorist villain and her plot to unleash cow-panthers on Scotland. 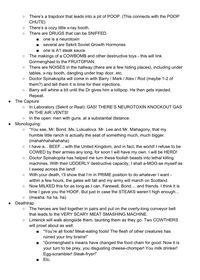 A page of the GM's notes. Lots of puns but no numbers. (Click to enlarge.)

Stylistically, the James Bond mythos comes with an acceptance of his anachronistic, physics-bending, plot-pushing style. The players had fun solving the mystery (such as it was), but were also able to spend their time devising double-entendres and planning their over-complicated maneuvers. Generally speaking, failing at a task was rare and accepted as an opportunity for the villains to shake up the status quo. Hero points were used to turn commonplace successes into exceptional ones - an American agent burst free of his bonds in a single muscular effort, rather than spending several turns worrying at them, for example.

For seasoned gamers, the main challenge with James Bond is accepting its philosophical point of distinction. As a player, you're going to win - but how do you do so with distinction and flair? As a GM, you have to accept that you're just supporting their story, the trick is to use challenges to bring out the best in your players - James Bond has never meandered to victory. This also makes an excellent game to lure in non-gamers. We had one in our group and, although he refused to put on his character's ridiculous accent, the game's single "mechanic" made it easy for him to understand what was going on. 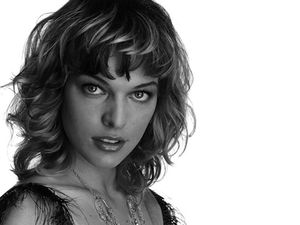 Based on our experience, I would not recommend James Bond as a campaignable RPG. There would be a disproportionate requirement in the amount of effort required for the GM. And for the players, the James Bond world is not one that particularly encourages any sort of player "advancement". Reusing characters in a series of one-offs wouldn't be impossible, but, even then, it would require that the players have reduced expectations in terms of either progression or continuity. Also, as a bit of a quibble - this game requires a calculator. Assigning Ease Factors on the fly is simple - but the constant multiplication is a bit wearying (assigning an Ease Factor of "7" is almost cruel).

James Bond 007 was a great find and one that will be revisited over and over again. It endorses cheesy, stylish, supportive play - exactly the sort of game that makes for a great evening. Expect to have fun and you'll be pleasantly surprised. Demand more for it, and it'll start to split at the seams.

James Bond 007, Role Playing In Her Majesty's Secret Service was produced by Victory Games (an offshoot of Avalon Hill) in 1983. Espionage and mystery-based games are always a complicated mileu - demanding of both the GM and the players. They're more open-ended and improvisional for the players and insist that the GM is always one step ahead, something that can be quite difficult to do on the fly. When it comes to enjoying a game, the only thing worse than an impossible mystery is an obvious one.

Much to my surprise, this vintage game made it work -  stylistically, mechanically and, most importantly, philosophically.

The latter point is perhaps the most significant. In the opening pages, James Bond flags up its important distinction: "This game is designed in the favor of the players. After all, what good is being James Bond if the game says you will fail rather than succeed".