The Wisdom of Our Crowd 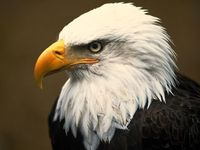 The question of book blogger "independence" is raised frequently and, although the ensuing debate seldom varies, the question does deserve to surface occasionally.

A collective attribute, however, is intelligence. Two reviews from highly-regarded platforms (The New York Times and Slate) recently prompted a collective backlash from the fantasy blogging Community-with-a-C. They had the opportunity to say something that our team found not just offensive, but wrong. Or, less politely, "stupid".

In contrast, are we - the genre book blogging Community - any smarter?

"There are four key qualities that make a crowd smart. It needs to be diverse, so that people are bringing different pieces of information to the table. It needs to be decentralized, so that no one at the top is dictating the crowd's answer. It needs a way of summarizing people's opinions into one collective verdict. And the people in the crowd need to be independent, so that they pay attention mostly to their own information, and [are] not worrying about what everyone around them thinks." -- James Suroweicki, "The Wisdom of Crowds: Q & A with James Suroweicki" (New York: Random House, 2004)

A handy quote (with the emphasis mine). And one that makes for a useful framework.

First, are we diverse? Relying solely on anecdotal evidence and my own eye-witness experience, I'm still not sure the blogging community is demographically wide-spread. Still, as a Community, there is an aggressive belief in inclusivity (thus the reaction to the reviews mentioned above). We also seem to outpace the genre's non-blogging readers - the difference betwen the blogosphere's utopian aspirations and consumer purchasing habits was recently noted by Mark Charan Newton. That said, by definition, we're all people with the time, income, freedom, education, resource and inclination to blog about English-language genre books. That's already a minisucle segment of humanity.

Second, are we decentralized? Yes and no. The cycle is turning towards aggregation again, with megablogs (Tor.com, Fantasy Faction, etc) both developing new bloggers and co-opting existing ones. There's sense in this - a blogger creates content (unpaid) and often the only reward is seeing it distributed as widely as possible (the Huffington Post, in fact, argues that pageviews are payment qua payment). The megablogs are neither exclusive nor permanent, but they do serve as their own philosophical microcommunities - fans and readers congregating by taste or subgenre.

Similarly, the sheer scale of the the blogosphere prevents centralization. There's no single means of communicating with every blogger. The most open pool of communication is probably Twitter, but even that excludes those bloggers without Twitter accounts (still a surprisingly sizable majority) and assumes some sort of mystical master-list of bloggers' accounts.

Mr. Surowiecki also specifically defines centralization in terms of authority - one person or group dictating the answer for the collective. Although the blogosphere is not centralized, it is hierarchical. Pageviews are theoretically an infinite resource, but, in practice, "bigger" sites are just that - bigger. More traffic means more content (original, critical, paid, etc). A small blog can double its daily traffic with a link from a big blog - making ingratiation into a boom or bust economy. The big blogs, in turn, require constant and consistent worship from their smaller cousins in order to maintain their daily rate. Thus the trend towards aggregating content as well as authors. 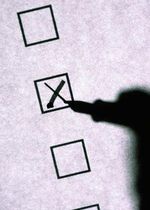 Third, do we have a means of producing a collective verdict? The same landscape that prevents centralization also prohibits attaining any sort of collective verdict. To poll the entirety of the genre book blogging community would be an impossible task. The plethora of separate-but-equal genre awards is testament to this - each one created to respond to the requirements of a specific aspect or subset of fandom. Arguably the award with the most critical value - the Arthur C. Clarke - is the one structured least to reflect the "collective", it is judged by a panel, only one or two of whom could even be considered "bloggers". Yet, as a means of achieving a collective verdict, it is probably more likely that members of the blogosphere would stand by the Arthur C. Clarke's selection as "the year's best book" than they would the David Gemmell Legend Award's choice, which is generated by popular vote.

Yet, even keeping the logistical nightmare in mind, judging the pulse of the blogosphere is often all too easy. Collectively, our opinions are often all too predictable. And this leads to the last point...

Fourth, are we independent? In this context, independence has two meanings. 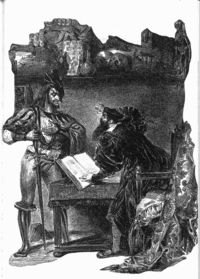 The first is the most common usage: "not beholden". Are bloggers free of the pernicious influence of publishers, marketers and publicists, with their tantalizing free books and the occasional glass of white wine? Largely, yes. Publishers prefer good reviews - of course - but the pragmatic truth is that the relationship is self-selecting. Smaller bloggers approach publishers to get the books they want to read. Larger bloggers swimming in the proverbial free books will develop "TBR" piles that begin and end with the ones they're most interested in reading. Investing dozens of hours in a book that you're not attracted to, purely for the joy of later writing a lukewarm review for free? That's neither satisfying nor rewarding.

As a result, with the dubious exception of those that wallow in snark (gulp), bloggers blog positively - the time investment is simply too high to waste on the unlikeable. Some bloggers do see their work as a "duty", but even in that case, the sense of moral purpose is generally balanced by an equally strident commitment to journalistic standards of objectivity. Someone who feels obligated to review every book is also more likely to feel obligated to review impartially. (Again, whether or not "duty" or "journalistic standards" apply to blogging is a matter of personal preference.)

The second meaning of "independent" is "free from outside influence". No blogger is connected to every other blogger, but every blogger is connected to the book blogging community. Early adopters, however hastily considered their opinions, win traffic and lead trends. Later opinions endorse early opinions, swapping agreement for links. The reverse is also true. Bucking a trend is acceptable as long as you are among the first to do so. Those who miss the wave of early adoption can surf the crest of secondary dismissal. "Rothfuss was rubbish." "Sucker Punch was brilliant." Shouting against the crowd can be just as rewarding as being the first to shout with it.

The problem is that these social forces are no secret. Anyone with tracking can see them at work. As long as the great currency is visibility, hasty agreement or vocal discord are the primary means of becoming rich. To give a considered opinion or a moderate one is, at best, to tread water and, more likely, to be lost in the crowd. Polarization is necessary for growth.

Are we diverse? Yes. (Within being a "genre book blogging community".)

Are we decentralized? Yes. (Also, hierarchial, factional and a little bit predatory.)

Do we have the means of producing a collective verdict? No.

Are we independent? No. (From external influences? Yes. From internal ones? No.)

The result? At best, genre bloggers, as a collective, form a community of average intelligence. As an assemblage, we're needy, greedy, argumentative and prone to snap decisions. Our collective economy rewards speed and volume over consideration and compromise.

However, as a collective, we're also aspirational - so much so that we outpace genre consumers when it comes to both idealism and applauding critical success. We respond to outside behaviour but we aren't influenced by it. We trade in an infinite currency that's based on cooperation and mutually acknowledgement. However argumentative we get, we're not insular; however fragmented, we're still a community. And if we're opinionated as hell... really, would you want it any other way?

The Wisdom of Our Crowd

The question of book blogger "independence" is raised frequently and, although the ensuing debate seldom varies, the question does deserve to surface occasionally.

A collective attribute, however, is intelligence. Two reviews from highly-regarded platforms (The New York Times and Slate) recently prompted a collective backlash from the fantasy blogging Community-with-a-C. They had the opportunity to say something that our team found not just offensive, but wrong. Or, less politely, "stupid".

In contrast, are we - the genre book blogging Community - any smarter?