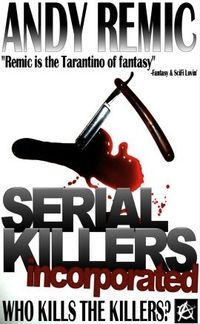 Serial Killers Incorporated, by Andy Remic, is a contemporary serial killer novel that, fittingly, works very well as a serial. The first book from Mr. Remic's new Anarchy Press imprint, SKINC is consciously experimental - both in the text itself and in everything surrounding it.

The story follows Callaghan, a reprehensible, hedonistic reporter with a shameless tabloid. Callaghan's knack for capturing the nasty story - and his shamelessness in reporting it - has made him a very wealthy man. He lives in a gorgeous Docklands flat surrounded by high end drugs, high end booze and a shamelessly gymnastic part-time girlfriend. Life's good for the bad.

Callaghan's penchant for putting his bits where they don't belong soon gets him into trouble. He's been catting around with the foxy wife of a Eastern European gun-runner. She's irresistible, but her husband is terrifying. Callaghan wants to break it off, but the relationship keeps escalating out of control. The lovely Sophie's got him over a barrel (not literally, but she does get him over a few other things) and Callaghan is starting to get a bit twitchy. 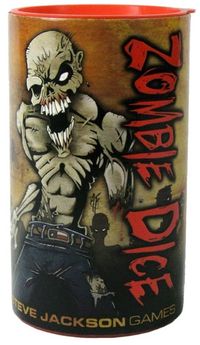 The phrase "beer and pretzels game" is meant to indicate any sort of tabletop pastime that's low-concentration (thus the beer) and an easy mechanic (thus the pretzels). Basically, anything you can do for half hour while eating the bar snacks and waiting for the party cleric to arrive (he's always late).

These games have turned into a complex industry of their own. Munchkin, for example, is the "classic" of this genre - a card game pastiche of role-playing packed with in-jokes and easily playable in fifteen minutes.

Except, of course, being geeks, we demanded expansion after expansion, special dice, engraved counters and an infinite number of holiday-related bonus packs that all make things more complicated. Why have an easy game when we could have a hard one?

We'll get to Munchkin in a later review. This is really about Zombie Dice - a true beer and pretzels game from the publisher of Munchkin, Steve Jackson Games. 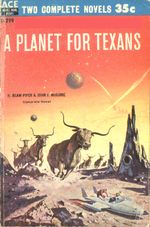 Given the bank holiday weekend, we're hoping you've got enough time to come up with the appropriate cover blurb for this book.

The winner (that is, the one that makes us laugh the most) will receive a few well-blurbed books of his or her own: Christa Faust's Money Shot and Laurence Block's A Diet of Treacle  (both lovely noirs from Hard Case Crime.

Competition closes on Tuesday morning, 9.15 GMT. Enter as often as you like. Our decision is arbitrary and our sense of humor is dubious. You can also enter over on our Facebook page. We'll ship internationally. Y'all have fun now, ya hear?

'It's someone else's story, but you're talking' - INJ Culbard is At the Mountains of Madness 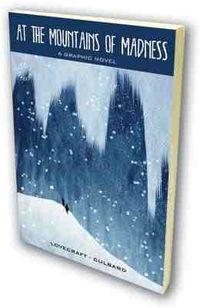 Our favorite graphic novel of 2010 was - without a doubt - Mr. I.N.J. Culbard's stunning adaptation of H.P. Lovecraft's At the Mountains of Madness.

Lovecraft's work is inspiring, but also incredibly tricky - something to which a thousand film-makers, novelists and artists can attest. Mr. Culbard stunned us (and the Guardian, Geek Syndicate, etc. etc. etc.) with his amazing interpretation, both in the svelte editing and the jaw-dropping artwork. With pen in hand, we tracked the man down in an expedition of our own.

PK: How did you first get in to comics as a reader (not a creator)?

INJC: I got into them because I couldn't read. I've always "read" comics.

Continue reading "'It's someone else's story, but you're talking' - INJ Culbard is At the Mountains of Madness" »

There are only a few days to go in this year's David Gemmell Legend Award voting. If you're interested in taking part, now's the time to strike. The difference between the DGLA's perspective on fantasy and my own is pronounced, which makes me a little distrustful of their shortlist each year.

It starts with the very structure of the award. Popular voting for awards is flawed; there's a fundamental problem with the elision of "best" with "most popular". The more voters, the more difficult it is to enforce any sort of consistent judging criteria. The more accurate the voting mechanic and the broader the voting pool, the more the results will simply reflect sales. (I'm also slightly scandalized by any award with typos in its shortlist or the wrong dates on its list of submission criteria. This is ruthlessly petty, but if you're aspiring to represent the "best" shouldn't this sort of thing matter?)

As a result, the David Gemmell Legend Award represents the fantasy that sells and not the the fantasy that should sell. It is a round of applause for the status quo rather than an exhortation to improve. And what does the shortlist say about the genre right now?* Without going into the detail, it is packed with well-crafted escapist entertainment. The unappreciated straight white male ubermensch inside me feels well-coddled. There are also deeply pernicious depictions of race and gender. Women are objects of romance, rape and resentment. The Chosen is invariably a white male; the evil Other is some sort of non-white or non-European analogue. 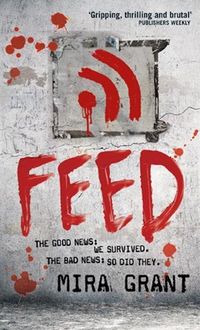 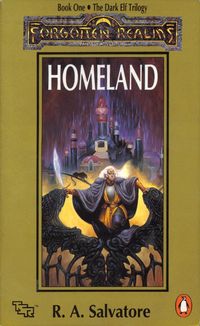 A couple weeks since the last recap, but here's a quick look at what we've been doing.

Some of our favorites (with a lot of help from the Twitter hivemind): 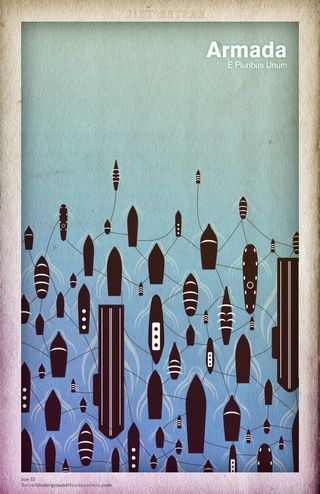 The Scar (China Miéville): Pretty sure that Mr. Miéville's snuck in on every one of our lists, but the trend isn't stopping now. The free-floating 'pirate' city of Armada carefully captures every book from every ship it encounters. The result is an jaw-dropping collection, packed with the random literary detritus of a hundred cultures.

Savage City (Sophia McDougall): Ms. McDougall rewrites two milennia of human history for her trilogy in which the Roman Empire never fell. Perhaps the most endearing part of this divergence is the continued existence of the Great Library at Alexandria. Not only is it delightfully un-burnt, it has expanded into a sprawling institution with new outbuildings reflecting centuries of expansion. Notably, women are still not allowed in without an escort.

Sandman (Neil Gaiman): Twitter overwhelmingly declared Neil Gaiman's The Library of Dream to be their favourite fantasy library. And what's not to love? Lucien carefully preserves not only every book that's been written, but also every book that's ever been thought of - completed or not. It must need to add a new wing every year for NaNoWriMo. (Thanks to @falldogblue, @JonOliverEditor, @Neverwhere and @LizUK)

A recent burst of collecting frenzy saw us fill our shelves with books from the incomparable Hard Case Crime series. These books - edited by Charles Ardai - collect new and old works of pulp, noir fiction and wrap them in stunning covers. 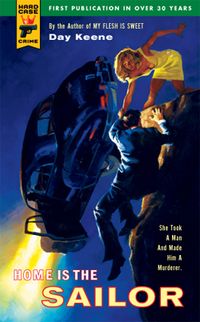 Although I've yet to be disappointed by a Hard Case Crime (ok, there's one I really disliked, but I'm keeping schtum), it is certainly worth noting the "pulp, noir fiction" designation is a very broad one.

What follows is a sampling of four, pulled from the shelves at random and (greatly) enjoyed over the past few days.

Home is the Sailor (Day Keene) is an example of the publisher bringing a forgotten book back into print. First published in 1952 (and not in print for over 30 years), Home is the Sailor features Swede Nelson, the brawling, hyper-manly sailor. Swede's been away at sea most of his life, but now, after saving his money for three years, he's keen to buy a farm, find a wife and settle down. That is, after he gets drunk and fights a lot (he is a sailor, Mr. Keene is, er, keen to have us know). Swede never quite makes it to his farm - after waking up with one hell of a hangover, he finds himself in the care of the lovely Corliss Mason. She's pretty, rich, horny and curvy - Swede's landed on his feet. But when Swede kills a man attacking Corliss, she encourages him to hide the body, and things spiral out of control from there.

The book is written in an increasingly forlorn, increasingly resigned style. Swede frequently retreats to the bottle, and is often (like the reader) left piecing together his own adventures. There's no question that Swede's in a bad situation, but he's completely aware of it - watching him alternate between rising above his surroundings and sinking below them makes for an exceedingly painful read. Keene is an unappreciated writer - another of the Gold Medal geniuses that never really achieved timeless appeal. Home is the Sailor might be his best work - reminiscent of David Goodis' heartbreaking Cassidy's Girl. If the faint mystery elements were shrugged off entirely, it would be even better. (Cover by R.B. Farrell.)