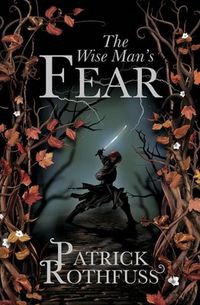 The Wise Man's Fear, released earlier this year, is the second book in Patrick Rothfuss' The Kingkiller Chronicles. The first book, The Name of the Wind, was a surprise hit in 2007 and to say that The Wise Man's Fear was highly anticipated is no understatement.

The Wise Man's Fear continues the story of the wizard Kvothe. In the "present", Kvothe is an innkeeper and a shadow of his former self. In his self-imposed exile, Old Kvothe tends tables, serves food and pours his heart out to his captive biographer, the handily-named Chronicler. This serves as the book's framing device.

The bulk of The Wise Man's Fear is set in the past, following the progress of the young Kvothe as he begins to explore his magical powers. The word "bulk" is also no understatement - The Wise Man's Fear weighs in at almost a thousand pages. Unfortunately, there is a misleading word involved, and that is "progress". The Wise Man's Fear is a chronicle of tepid nothingness: vacuous philosophy, clumsy social commentary, vapid romance and nothing even approaching a plot. 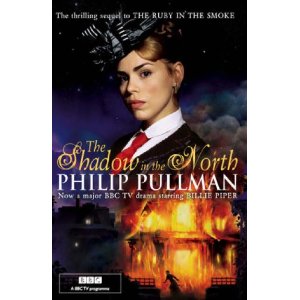 Before we get started, a few caveats.  First, I haven't read The Shadow in the North.  My complaints are going to be entirely about the BBC's adaptation.  I understand the plot is essentially unchanged from the novel, but I don't know how Pullman treats the issues I'm going to highlight. Second, I'm going to spoil the hell out of the material.

There's a lot to be said for Pullman's first Sally Lockhart novel, The Ruby in the Smoke.  It's dark, it's violent, and it features a refreshingly good heroine.  Sally is strong, smart and independent without too much resort to the usual clichés about feistiness or vulnerability or whatever.  Ruby is a kid's novel, so coincidences tend to be a little too neat and resolutions a little too perfect.  But Pullman doesn't pull his punches: it's a pretty grim book.  A lot of people die, and all fairly horribly. I'm sorry I didn't know about Ruby when I was a kid; I'd have loved it.

And the BBC's 2006 adaptation does the novel no injustice.  The cast is good, the direction is good (if unremarkable one way or the other), and it's faithful to the source material.  Ruby retains the book's surprising violence and adds some welcome ethnic diversity to the cast.  And, at a mere 93 minutes, Ruby moves at a tight clip. There simply isn't time for grandiose indulgences, and the film is stronger for it.  I was surprised by how much I liked it.

So I popped The Shadow in the North into the DVD player full of good will.  A day later, I'm still fuming. 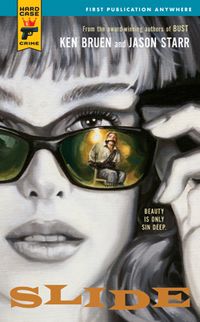 Here's the thing: Hard Case Crime are switching publishers - from dodgy Dorchester to our home-grown hero, Titan. There's been a bit of hiatus in releasing new books while everything gets sorted out. This publication pause is (fortunately) coming to an end very soon. But we found the break to be an excellent opportunity to catch up on our collection.

As a result, these lovely books have been showing up at the rate of 2-3 a week (we had one wonderful day in which we found 17 in the hallway, each shoved through the mail slot by an exasperated postman).

So, all that said, on to the reviews: Ken Bruen & Jason Starr's Slide, Jason Starr's Fake I.D. and Ed McBain's The Gutter and the Grave. 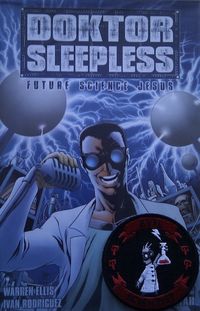 This weekend's competition is something crazy and just the tiniest bit evil.

If there's one archetype we love, its the Mad Scientist. And, frankly, there aren't nearly enough of them, so we're recruiting more.

All three answers are required to enter.

The prize is a Mad Scientist Starter Pack, including a copy of Warren Ellis' Doktor Sleepless #1 and a rare & wonderful iron-on "Evil Scientist" patch designed by Fetishman artist, Doctor Geof. 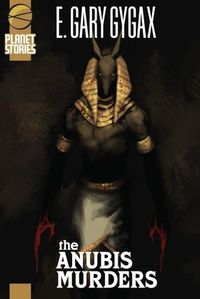 The Anubis Murders was first published in 1992 and then reprinted in 2007 by Paizo's Planet Stories. The latter edition comes equipped with an introduction by Dragon Magazine's Erik Mona that discusses both Gary Gygax's influences and his unique position as an influence.

Mr. Mona refers to Mr. Gygax's most famous creation, Dungeons & Dragons, as "the ultimate pastiche, allowing hundreds of thousands of ordinary readers to create their own stories before backdrops inspired by Edgar Rice Burroughs's lost worlds or H.P. Lovecraft's crumbling ruined cities". He goes on to explain that Mr. Gygax then took the next step and wrote his own sword & sorcery pastiche with the stories of Gord the Rogue and his adventures in the D&D land of Greyhawk.

Gord's adventures continued even after Gygax's relationship with TSR disintegrated. The enterprising rogue (Gord, not Gygax) winds up in new worlds, suspiciously similar to those in Mr. Gygax's brand-new "New Infinities" RPG system. A pastiche character has pastiche adventures in a world that's a pastiche of a pastiche. Any more layers of post-modernity and it would've ended up in the Tate Modern. Instead, a sulky Gygax used his character to explode (literally) the Greyhawk world in his final Gord adventure - a cheeky raised-finger appreciated by a devout audience of dozens.

After much deliberation, the winner of our "Collect Our Noun" competition is J.F. Norris of Pretty Sinister. He's absolutely right - it really does need to be a brood of young adult fiction. Nicely done! Thanks again to everyonet for taking part. We've got another fun competition starting tomorrow evening, so don't go too far. This one is eeeeeeeevil.

A belated round-up of some recent (and not-so-recent) reading in graphic novels. 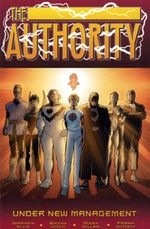 The Authority: Under New Management (Warren Ellis / Bryan Hitch and Mark Millar / Frank Quitely): Watching a title go from Warren Ellis to Mark Millar is like watching someone hand the Porsche keys to their cider-pissed 16 year old nephew. Ellis, of course, ends his spectacular run on the title with, well, something spectacular. It is the eve of the 21st century and God, that is, the Ellisian alien pyramid-tentacle-thing, has returned home, and It is a little miffed that Its beloved space-sphere is now crawling with pesky monkey-creatures. Jenny Sparks and the Authority need to save the day. Sparks, "the spirit of the 20th century" is one of Ellis' most enduring creations and this is her finest hour.

Of course, turn the page, and you're suddenly watching a banal imitation of Captain America threatening Apollo with rape. 'Cause, see the American overlords are coming and something something something, let's see how fast she can go! Lookit, no hands! Millar takes something exquisite, sleek and dramatic and promptly slams it into a wall of puerile adolescence. "Provocative" doesn't mean superviolent - a lesson that I'm sure Millar will learn once people stop buying his titles by the tens of thousand (sigh). Quitely's strength is still the visualization of the subtle and the surreal - not drawing superheroes. Putting him on the job is like making sure that the self-same Porsche has a stereo loaded with the best in contemporary jazz.

New Releases: The Book of Transformations by Mark Charan Newton 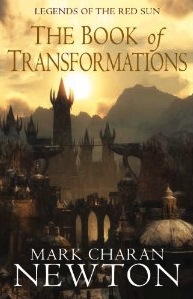 The Book of Transformations is the third book in Mark Charan Newton's Legends of the Red Sun series. Although there's an advantage to reading the rest of the series, but it isn't a requirement. Each book stands neatly on its own, introducing new characters, fleshing out old ones and stirring new themes into the philosophical chili of his landscape.

With The Book of Transformations Mr. Newton returns to Villjamur, the towering city (and Imperial capital) that dominated the first book in the series. There have been changes. An apocalyptic new ice age is still looming on the horizon. Alien crab people are leering at the world from a hostile dimension. The Empire is aggressively at war with its neighbours, seeking to stockpile resources and grab new land. At home, things are no more peaceful. The Emperor Urtica has brought about a regime of haves and have-nots, building extravagant new markets for rich merchants while driving the poor and the refugees into a subterranean undercity. It's land war overseas and class war at home.

The lovely weather brought us outside quite a bit over the past few weeks. If you define "outside" as "dark pubs and window-less convention centers", that is. Still, a few things kept rolling on the blog as well. Here's what's been happening, as well as the world from our Ombudscat. 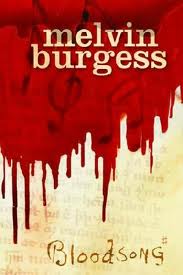 Earlier today, we shared a round-up of our recent reading in the YA dystopian-science-fictional-apocalypse genre.

If there's a colony of bats, a pack of wolves and a murder of crows... what's the collective noun for this particular subgenre?

A sulk of dystopian YA?
An adolescence of apocalyptic teen fiction?
...?

The standard rules and regulations apply: