National Public Radio recently turned to the internet in order to compile a "100 best" list of science fiction and fantasy novels.  Fans were asked to nominate five novels in the comments section of the article calling for suggestions: series are okay, but no kids or YA, and no horror or paranormal romance.

By Wednesday morning, there were 3,707 comments.

Clearly, that's 3,704 too many comments for any reasonable person to trawl.  So we've aggregated our three favorites - our own.  Check out our picks after the jump, and share yours in the comments!

Bex:   Who am I to decide the best SF and fantasy books of all time? I can’t give you that list, but here are my personal favourites, at least at the moment: 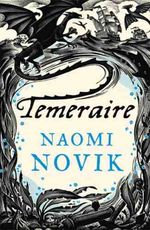 First, let’s get George R R Martin’s A Song of Ice and Fire out of the way. Yes, it’s obvious. But there’s a reason for that – because it’s outstanding.

I love Patrick O’Brian more than words can express. But he wasn’t a fantasy writer, so there’s Naomi Novik’s Temeraire series instead. Brilliant idea brilliantly realised.

I could have picked almost any Tim Powers book, but I’m going for Last Call. Poker, chaos theory, the fisher king, Tarot cards and he has serious things to say about alcoholism and fatherhood, too.

Opinion varies on which of Iain M. Banks’s Culture novels is the best, but opinion is wrong. It’s The Player of Games – tight, funny, hugely imaginative and a great ending.

Geraldine Harris’s Seven Citadels is the series no one has read and everyone should. Great world, memorable characters and possibly the most touching unconventional love story in all of fantasy. 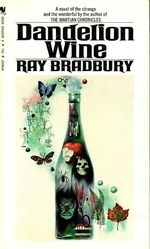 Jared: “Best” is such a crappy criteria. These are – I think -  intelligent books that address difficult themes in a creative way; exploring the boundaries of literature in a way that no other genre can.

The earliest on my list is Ray Bradbury's Dandelion Wine (1957). "Magical realism" is a horrific term, but it is an accurate description of Bradbury's portrait of a mythologised childhood.

Harlan Ellison's Deathbird Stories (1975) is on the opposite end of the spectrum - venomous outrage rather than soft-focus nostalgia. Ellison takes contemporary events (e.g. the murder of Kitty Genovese) and uses the tools of genre to explode them into ageless horror.

I've met William Gibson twice and never been able to complete a sentence. I blame Neuromancer (1984). Not because it "predicted the future" but because it is really about authority and rebellion, the power of language and how we bargain with our beliefs.

Thankfully, the ability to include entire series means I don't have to split up China Miéville's Bas-Lag series (2000 – 2004). Our Kitschies criteria are "intelligent", "entertaining" and "progressive". Or, to over-simplify, Perdido Street Station, The Scar and The Iron Council. How could I pick between the three?

Another good use of the series rule: KJ Parker's The Engineer Trilogy (2005 – 2007). This is an exploration of revenge and evil and love and hate and power and... I could go on. Parker uses an abstracted fantasy setting like a laboratory, exploring difficult themes in a clinical way. 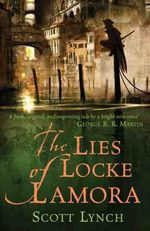 Anne: Obviously I'm also a big China Miéville fan. But it's easy to choose which of his novels I think is best - it's also my favorite - because there's just the one that explodied my thinksquish in a way only a few books ever have or will - Perdido Street Station.  It's a monster.

Indeed, 2008 is down forever as a banner year for me - it was the year I first read Perdido and my second pick, Scott Lynch's The Lies of Locke Lamora.  Lies is a gorgeous, fully-realized, warm, character-driven, funny, dark and entirely splendid novel.

Stepping back a century or so, my next pick is Jules Verne's 20,000 Leagues Under the Sea. I don't just keep going back to Verne; I keep going back to this book.  There's exploration, adventure, a giant squid (or octopus, depending on how you like to translate "poulpe"), a brilliant/mad scientist of ambiguous morality and unquestionable charisma and, best of all, a dorky professor as the novel's hero.

I can't think of a segue bad enough to meld "hero" with "Hiro Protagonist," so we'll just take some bad pun as read and move on to my next pick, Neal Stephenson's Snow Crash.  As much as I hate to admit that anything's outside my ken, I'm no technogeek.  As such, cyberpunk tends to leave me cold. But the story, characterization, and just massive fucking idea-ing in Snow Crash have haunted me since I first read the novel, 12 years ago.

My final pick is an overlap with Bex: Tim Powers' Last Call, a profoundly thoughtful and moving... oh, hell, everything Bex says above.  Last Call is the book about the American west, the American dream, and the American nightmare so many have tried, and failed, to write.  Of course the desert between California and Nevada is crawling with gods and monsters.  Where else would they be? It's also one of the few books that's ever made me cry.

National Public Radio recently turned to the internet in order to compile a "100 best" list of science fiction and fantasy novels.  Fans were asked to nominate five novels in the comments section of the article calling for suggestions: series are okay, but no kids or YA, and no horror or paranormal romance.

By Wednesday morning, there were 3,707 comments.

Clearly, that's 3,704 too many comments for any reasonable person to trawl.  So we've aggregated our three favorites - our own.  Check out our picks after the jump, and share yours in the comments!