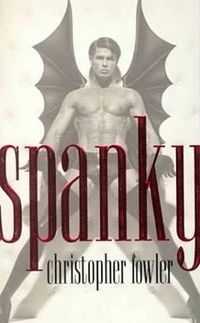 I don't care about those writers. The blockbusters and the hidden gems can both go and hang, for the length of this posting. This is about the mid-lister, the journeyman (or woman) writer who toils away selling just enough copies to make it a full time job without ever truly breaking big, or else once broke big but due to the vagaries of time, tastes or fashion is now often relegated to a look of polite but puzzled interest when you recommend them to a friend or acquaintance.

Today on Pornokitsch, we sing the praises of... Christopher Fowler.

Once the brash young punk of British fantasy and horror back in the middle to late eighties, a period during which he maintained his day job as a director at one of the more high profile media promotion companies in Britain, The Creative Partnership, Christopher Fowler has matured into a pleasingly cantankerous middle age. His scorn for the mediocre and the middle of the road is well documented, both in the introductions he's written for his anthologies of short works and on his own website. He reserves his praise and recommendations for the very best, the very weirdest and the most obscure, a triple point which he himself has straddled consistently in almost a quarter century as an author of unsettling examples of whichever literary field he's currently trying his hand in. 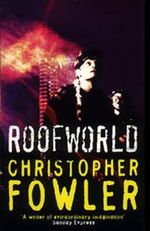 It is, perhaps, that mercurial urge to jump between genres and styles, to stubbornly and steadfastly refuse to be pigeon-holed which has prevented Fowler from becoming the genre heavyweight that his contemporaries Clive Barker, Peter Straub, Neil Gaiman and Ian Rankin have become in their respective fields. A glass ceiling which Fowler himself has occasionally remarked upon on his blog. His latest announcement of a release? He wrote the script for a download only video-game based on H.G. Wells' War of the Worlds. He's nothing if not adventurous. Witty, personable, ground-breaking and unashamedly elitist, Fowler the man is a fascinating study in a writing career spent largely in the shadow of sometimes far less talented colleagues. But what about Fowler the writer and why are we singing his praises today?

Beginning with his first published novel, Roofworld in 1988, the follow up to two highly regarded anthologies of short fiction City Jitters and City Jitters 2, Fowler marked himself out as someone a little bit different. At a time when horror was largely a choice between the vore of Barker, the bore of mid-period King and the gore of Richard Laymon, Fowler chose to write a club novel. A bleak, slightly depressing, mystery oriented version of a classic Secret Society horror tale of the kind Dennis Wheatley might have concocted, but instead of Wheatley's snobbishness, one filled with observations about the increasingly wide gaps between the haves and have-nots in London during the Thatcherite period and the lengths people will go to to move from one category to the other, or to avoid the journey in the opposite direction. 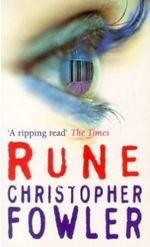 From that somewhat esoteric first novel, he moved from strength to strength with Rune, Red Bride and Darkest Day, before striking gold with what may well be his most famous and acclaimed fantasy/horror novel to date; the grimy, disturbing, at times almost nihilistic, Spanky. The nineties continued in this dark vein of urban nightmare and highly acclaimed anthologies of short fiction, punctuated occasionally with early forays from his most famous creations the detectives Bryant & May, before a major shift in genre, if not in themes, after the turn of the century towards the mystery field with his ongoing series of novels about the above mentioned Bryant & May. The odd adventure into graphic novels and a quirky and moving autobiography, Paperboy, have also come along lately and Fowler continues to garner critical praise and awards. So why are so many fans of fantasy, horror and/or mystery not yet reading his work? Hopefully, this piece will convince a few of you to give him a try.

Fowler's style is, without doubt, literary in origin, while his plots and characters are unabashedly pulpy in tone. It's this heady mix of richness and vulgarity that makes Fowler's writing, like the city of London which almost lives and breathes as an extra character in the vast majority of his work, so compelling. A lot of authors seek to vanish behind clean, terse, prose; not so Christopher Fowler. His sentences are rich and heavy, layered on top of each other with an almost Baroque or Gothic intensity, while remaining, for the most part, clear and easily understandable. There's a touch of the sesquipedalian here and there in his writing, but never enough to require a dictionary be kept on hand while reading him. When reading a Fowler work, it's readily apparent that you're reading a Fowler work and his voice is strong, independent, intelligent and laced with biting, sarcastic, playful and thoroughly black wit. 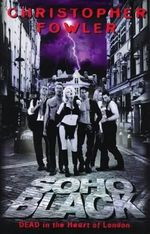 His pacing and plotting are both extremely tight, while by and large still providing novels of a suitable length for really sinking your teeth into. His horror, fantasy and urban unease stories move at exactly the right pace, providing shocks, plot developments and action frequently enough to avoid reader apathy and his mystery novels always play fair with the reader, providing enough clues that you can see who did it if you reread assiduously as you go, or else can remember vital clues and tells from earlier if the reveal blind-sides you.

In terms of characterisation, his horror and fantasy characters can sometimes feel a little cookie-cutter and shallow but this is a deliberate stylistic choice, since so often in his work the major themes are the coldness, detachment, venality and surface obsessed nature of modern urban existence; a particular theme which very few writers manage to nail so completely. With his mystery novels, the characterisation is rich, multi-layered, warm, human and sometimes surprisingly touching. In short, his characters always match the story they're living in and whether drawn in broad strokes or intimate detail, they inhabit the world Fowler is describing perfectly. More than anything else in Fowler's writing, the characterisation of places is immaculate. Fowler's London is as enchanting as it is dangerous and as alluring as it is repulsive. A sprawling, yet still claustrophobic metropolis that hypnotises and seduces even those she chews up and spits out.

Thematically, Fowler often deals with isolation, outsiderness, detachment and separation, from each other, from our surroundings and even from ourselves, but these themes are woven so seamlessly into the work that it's rarely enough to pull you out of the story and often so subtle that it's not until you've finished the book completely that they make themselves apparent at all. His works are immediate, but linger in the mind long after they're finished.

Fowler is an important, influential and highly skilled writer and deserves a far wider audience than he currently has. Please allow me to recommend the following works as excellent places to start for anyone out there who isn't already familiar with his writing.

Roofworld - His first novel and still one of his best remembered. An efficient and effective action horror, if a little unrepresentative of his later novels.

Spanky - Dirty, sexy, sleazy, scary and more than a little mindbending. One of the best horror novels of the nineties and a stone cold classic, so far as I'm concerned. As an added bonus, some editions revel in the most gloriously Tom of Finland-esque cover you can imagine.

Soho Black - An early appearance for Bryant & May, in one of the most demented tours through the weird, wonderful and distinctly grimy and twisted Soho. As quintessentially nineties as reading Trainspotting and The Crow Road, or drinking Iron Stingers while watching T.F.I. Friday before going out on the lash.

Breathe - Die Hard with Zombies would be the elevator pitch for this novel, although it has far more depth and skill than that description would imply. Short, sharp, brutal and intelligently written. Predated the current zombie trend by at least two years, into the bargain.

The Water Room - One of the most claustrophobic, creepy and esoteric mystery novels you will ever read. An atmosphere of pervading menace saturates the novel from start to finish and the street on which the main plot unfolds has an air of Dadd's Fairyfeller's Masterstroke about it, with its intricate detail, hyper-realism and elemental themes.

Any anthology which is written by Christopher Fowler - Really, any one of them. From City Jitters, through to Old Devil Moon. Like all anthologies of short stories, some will hit and some will miss, but Fowler is a good enough writer that it won't be the same stories that and miss for every reader.

Go forth and buy, read and be bedazzled by a writer of great imagination, consummate skill and more than a little erudition.

See Christopher Fowler's own website for a more complete bibliography and a very entertaining blog.

1: A pseudonym of Donald E. Westlake, as it happens.

Daniel Brown, Dan the Funky Scarecrow in comments, is the geekiest chav (or chavviest geek, if you prefer) you're ever likely to meet. Under-educated, under-paid, terminally under-ambitious and prone to wearing polo shirts, hoodies and baseball caps. You can find him on Twitter where he tweets lame jokes and general nonsense or at his own, infrequently updated, blog, where he posts lame jokes and general nonsense in a slightly longer format.

I don't care about those writers. The blockbusters and the hidden gems can both go and hang, for the length of this posting. This is about the mid-lister, the journeyman (or woman) writer who toils away selling just enough copies to make it a full time job without ever truly breaking big, or else once broke big but due to the vagaries of time, tastes or fashion is now often relegated to a look of polite but puzzled interest when you recommend them to a friend or acquaintance.

Today on Pornokitsch, we sing the praises of... Christopher Fowler.