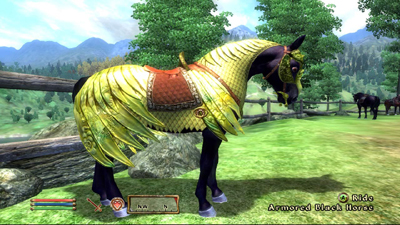 There are many reasons I like the Elder Scrolls, but one of them is that it’s still a proper RPG. In fact its third instalment, Morrowind, was one of the first wave of games that brought Western RPGs out of the closet and onto our consoles. And yet, many of those same games now seem to be doing their best to leap back into the closet again, change into more macho clothes and proclaim in deep, manly voices that they love nothing better than a pint of beer and a good glassing and who ever said they were into any of that perverted, turn-based combat stuff? 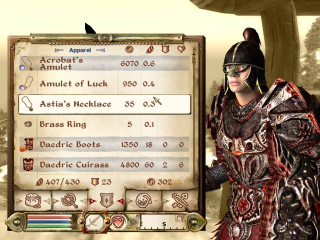 I like my RPGs nerdy, probably because I am a nerd. I not only don’t mind but get a cheap thrill out of spending hours in my menu screen agonising about what greave will accessorize best with my katana. But these days some games have decided it’s much better if they do all that tiresome stuff for you. I really wish they’d stop. If I wanted someone to tell me what armour and weapons to wear every day, I’d still live with my mother. And thank you very much for being so considerate of my time, Fable 3, but how about letting me customise my character a bit before the game starts? Yes, Bioware and Lionhead, these changes may have won you huge sales and almost universal critical acclaim, but in the great scheme of things, is that what really matters?

It’s why Morrowind remains my favourite RPG of all time, despite the improved graphics in Elder Scrolls: Oblivion. It’s true that Oblivion’s simple choice between specialising in either blunt weapons or blades is a lot easier, but I liked the fact that Morrowind also made me choose whether my weapon was an axe, a long blade a short blade or a spear. I’d like to say it was because that more accurately mirrored the way weapons training would actually work, but the truth is I just enjoy the hellish complexity for its own sake. 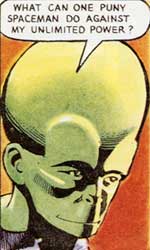 This is made even better by the fact that potions in Morrowind can do things it makes no sense for a potion to do, like cast light. I never switched into third-person viewpoint in the game, because it makes you look like a dork – especially when you insist on hopping everywhere to pump up your acrobatics skill – but I guess a normal version of the potion must make you glow like one of the scarier deep sea fish. When I swallowed the potion I’d made with my superhuman intelligence, it was like someone had let off a small tactical nuke inside my TV. The whole screen went white, and stayed white until I eventually gave up and reloaded from an earlier save.

My Mensa-dwarfing intelligence also allowed me to enchant objects of unfeasible awesomeness. I had a ring that let me float above the battlefield, raining down arrows of fiery death on everyone below. Or I could wade into battle with my Daedric longsword, Sting. (Yes, Morrowind is the type of game that lets you name your sword, and yes, I am the type of person who names my sword ‘Sting’.) Sting was so powerful I could hack down whole battalions of Golden Saints, trap their souls and use them to enchant even more powerful weapons.

It was, as it turned out, extremely boring to play this character. But I liked the fact the game let me find this out for myself. I loved the fact that the game wasn’t fair or balanced or neat. If I wanted to become as a god and crush the little people beneath my Daedric boots, I could do it. If I wanted to make a potion so broken it nearly destroyed my telly, I could do that too. And to make the Elder Scrolls games even more geek-tastic, they also let me collect stuff. In Oblivion, if you gather enough Nirnroot, a nice man will make a useful potion for you. And if you find all the Ayleid statues, a high elf gives you a reward for handing them over, but fuck him. I put one of the statues on the mantelpiece of each of the houses I also collected.

I am fully aware that this is deeply tragic stuff, and that these games are pandering to my worst instincts. But that’s the point of games. If I collected as much stuff in real life as I do in my virtual one, I’d need to buy Hampton Court Palace to hold it all. And if I killed as many people as I’ve slaughtered in Tamriel, there’s a small chance I might get arrested. In real life, the Magician’s Guild aren’t keen on accepting a high-ranking member of the Thieves Guild like myself. And you know what I say to that? Sod real life. And please stop trying to inject so much of it into my RPGs.