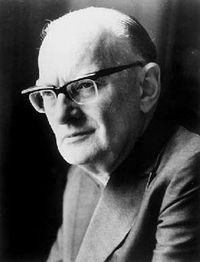 In a shocking move, the entire 2011 judging panel has stood down from the Arthur C. Clarke Award. "The pressure was just too much," says Andrew Butler, now-former Chair of Judges, "we really took a long hard look at the situation, and decided that this was for the best. For science fiction, for Britain and for ourselves."

Rob Grant, another now-former judge, concurred: "I don't know why I agreed to do this in the first place. The drugs, the sex, the crazed fans - it was like Red Dwarf all over again." Martin Lewis' response was wordless but memorable, as the ex-judge ritually disemboweled himself with a copy of Imperial Earth in front of a stunned crowd.

In an act of institutional contrition, every previous judge of the Arthur C. Clarke Award has also resigned, rendering all of the Award's twenty-five previous prizes invalid. All winners have been asked for their trophies and prize monies back, with a mass bonfire planned for the Monday of EasterCon (tentatively scheduled for room 12, following the Morris Dancing workshop; please check final programme for details).

China Miéville, who won the now-defunct prize a record three times, was particularly distraught. Mr. Miéville commented with the help of a translator: "I thought that having an odd number of bookends was difficult [referring to the prize's famous trophy] but that's still better than having none at all." Lauren Beukes, last year's winner for Zoo City, was not available for contact, but her compound issued a statement that The Goddess Made Flesh was "displeased with the affairs of mortal men".

It is currently not clear what will happen to the prize fund, which stands at £2,012. Tom Hunter, former director of the Clarke Award, could not be reached for comment, as he's abruptly departed for a holiday in Thailand.

Anne C. Perry and Jared Shurin, the co-directors of The Kitschies, now Britain's longest-running juried science fiction prize, were delighted. "In 2010 and 2011, the Clarke had the good sense to pick The Kitschies' winners for their own prize. This year, A Monster Calls wasn't even submitted, and now the Clarke is gone for good. Let that be a lesson to you - don't fuck with the tentacle."