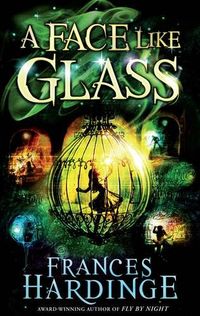 Two great authors (and Kitschies finalists!) for the price of one.

Tom Pollock, of The City's Son and The Glass Republic, exchanged a few questions with Frances Hardinge, author of A Face Like Glass, Fly By Night and a handful of other amazing, beautiful books. Two of our favourite authors - young adult or otherwise - having a chat about world-building, rebellion, character development and cheese.

Tom Pollock: In A Face Like Glass's Caverna, you create a delightfully bonkers subterranean world: hallucinatory dairy products and amnesia inducing winery and bifurcated rulers and daring master thieves. It's a raucous, vivid and very broad mix. What made you pull in such a load of different fantastic elements into one novel?

Frances Hardinge: When I step out through my front door, I see a world that's raucous, vivid and a very broad mix. An imaginary world lacking those qualities would feel 'thin' and unrealistic to me. I'd find it hard to believe in it enough to write about it.

I do have my flaws as a writer, but 'lack of ideas' doesn't tend to be one of them. On the contrary, my world-creation tends to get out of hand unless I'm really strict with myself. There are always aspects of my worlds that the reader never sees because there simply wasn't room for them in the books (which are already a little on the tubby side).

Also, a part of my mind is a deranged alchemist, addicted to combining disparate things to see what happens. I like juxtaposing 'incompatible' ideas the way dreams do, then following through the results logically. I enjoy throwing together unlikely word combinations - words are sometimes at their most interesting when they're slightly surprised. I even have a long and exciting history of cooking disasters brought about by the same experimental impulse. (Don't ever try bacon and banana bolognese. It turns out that alliteration does not guarantee culinary success.) 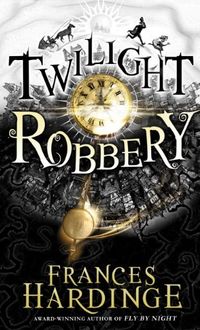 TP: A lot of the colour in both Caverna and The Fractured Realm (The setting of Fly By Night and Twilight Robbery) seems to come from (for want of a better word people's jobs, what the people do and make, as opposed to what they are. Locksmiths and cheese makers instead of, say, Dragons and fauns. What's behind the fascination with work?

FH: I would say that what a person does is a much better indication of 'what they are' than whether they've got horns or scales.

To be honest, I'm never really comfortable with characters that are irrevocably defined by their birth. I don't like characters that are 'born to be X' because they belong to a particular race or species, because prophecy says so, or because their bloodline is destined for villainy or greatness. That seems like a dangerously reductive way of looking at people, and makes for rather boring characters.

Interesting characters change. They learn. They're capable of corruption, redemption and choice. So no, I don't care what a character is born to be. I care what they're expected to be, trained to be, forced or persuaded to be, and what, in spite of all of this, they choose to be.

There's also the fact that, throughout human history, the vast majority of the human race have spent most of their energies and a large chunk of their waking life working. They weren't engaged in 'heroic endeavours', because they were busy with the gruelling, everyday heroism of working darn hard to put food on the family table. You only need to look at common surnames to see how far people were identified with their jobs - Smith, Wright, Baker, Cooper, Taylor, Carter, Carpenter, Fisher, Skinner, Gardener, etc.

I remember seeing a church where some of the carved faces were clearly caricatures of the local nobility. Some stonemason soldiered through a long apprenticeship, and spent his whole life perfecting his craft until he was respected enough to get away with that kind of cheek. Speaking for myself, I am _much_ more interested in that stonemason than in any supernatural creature frolicking out of the forest to say: "Hello! I was born pretty and magically gifted! Aren't I wonderful?"

TP: A lot of your lead characters are insurgents in one way or another. More than that, they're the points on which the balance of power tips in their societies. Do you spend a lot of time plotting revolution? 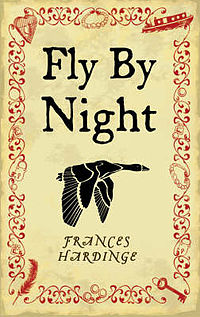 FH: You can't prove a thing! Not a thing! And you'll never take me alive!

*leaps out through window, leaving Frances-shaped hole in the glass, complete with hat-outline*

TP: Neverfell's fascinating because she has real flaws, but she almost learns to make as much use of them as her strengths. Can you talk a little bit about how you develop your lead characters?

FH: I'm fascinated by flaws. Characters are nothing without their kryptonite. I couldn't write a character who got everything right - I'd be driven to kill them by page three.

A lot of my lead characters end up being 'rebels', which presents its own challenge. I want them to be believable products of their environment and upbringing, even if they eventually become instrumental in changing their world. The last thing I want is for them to be running around with nice, familiar 21st century viewpoints, boggling at everybody else for being stupid.

I try to make sure that they share a lot of the same prejudices, habits and blind spots as everybody else around them. Mosca from Fly by Night and Twilight Robbery has had a somewhat subversive upbringing and adventures which develop her rebellious side, but she's still too superstitious to lie about her name. Like the rest of her tribe, Hathin from The Lost Conspiracy believes in myths of the volcanoes that may or may not be true. Neverfell believes everything she has been told about Caverna until re-educated by brutal experience. Where my lead characters start to challenge consensus beliefs, I try to make sure they have actual reasons for starting to think differently.

TP: Eponymous Clent, Maxim Childersin, Grandible: lots of surrogate father figures in your novels, of... varying degrees of trustworthiness, care to comment on that?

FH: Like many children's authors, I do like to orphan my protagonists. It solves so many problems with one fell and bloody swoop. We now live in a world where our idea of responsible parenting seems to involve insulating children from any risk whatsoever. You can't really have adventures without risk, which means your protagonist can't have adventures while those pesky responsible parents are around.

Surrogate parents can pose that problem too, but not to the same extent. There's a sense that they're allowed to be more ambiguous and dangerous. They offer to fill a hole in the protagonist's life and heart, but accepting is a gamble. You don't really know what you're getting. In fairy tales, surrogate parent figures have been used that way for a long time, sometimes appearing in your hour of need to send you to the ball, and sometimes smiling maternally from the open doors of their gingerbread cottages...

TP: On the subject of trustworthiness - let's talk about lies. Having written such a superb spontaneous prevaricator as Clent, what was it like writing a character who can't lie at all?

FH: I honestly hadn't realised how hard it would be.

I'm not sure what it says about me, but I seem to have written a lot of characters who lie, cheat, plot, manoeuvre, play elaborate games, belong to secret societies or criminal fraternities, evade notice, use misdirection or go out of their way to hide their feelings, plans and activities. In many cases they do so to survive. I did start to wonder if I'd painted myself into a corner and created a heroine with the life-expectancy of scuba-diving potato crisp. 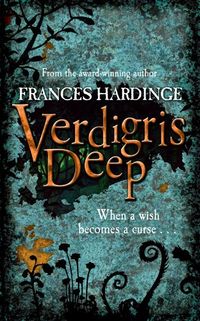 Things became easier once I started to understand Neverfell a little better, and realised how her years of near-solitary confinement had affected her. Her thoughts tend to lurch around like a caffeinated squirrel, and she has hardly any impulse control. Yes, her enemies can see what she's thinking, but that doesn't mean they know what she's going to do next...

TP: I'm fascinated by the way you portray Caverna itself as spatially unstable, predatory and seductive. What drew you to write about the city that way?

FH: All the best cities are spatially unstable, predatory and seductive. They charm you into their neon-spangled maw, and then decide whether to chew you.

Having said that, the instability of geography may owe something to the fact that I have an unbelievably poor sense of direction, and lousy spatial memory. As far as I'm concerned, I really do live in a world of shifting landmarks, writhing roads and houses that aren't where I left them. For me, maps aren't descriptions of reality. They're talismans I carry to force the streets to stay still.

TP: I challenge you to a duel, so it's your choice of weapons - do you select Cheese, or Goose, and why?

FH: Goose every time. The explosion of the cheese would be devastating, but I'd have to keep you talking for months whilst it ripened, and when it finally detonated I'd probably get caught in the blast radius.

You can read more about Frances Hardinge on her website and she's a blast to follow on Twitter at @franceshardinge. Tom Pollock's The City's Son is available now from Jo Fletcher Books, with The Glass Republic on its way. His website is 'ere, and you can follow him on Twitter at @tomhpollock, but only if you don't mind terrible puns.

Two great authors (and Kitschies finalists!) for the price of one.

Tom Pollock, of The City's Son and The Glass Republic, exchanged a few questions with Frances Hardinge, author of A Face Like Glass, Fly By Night and a handful of other amazing, beautiful books. Two of our favourite authors - young adult or otherwise - having a chat about world-building, rebellion, character development and cheese.

Tom Pollock: In A Face Like Glass's Caverna, you create a delightfully bonkers subterranean world: hallucinatory dairy products and amnesia inducing winery and bifurcated rulers and daring master thieves. It's a raucous, vivid and very broad mix. What made you pull in such a load of different fantastic elements into one novel?

Frances Hardinge: When I step out through my front door, I see a world that's raucous, vivid and a very broad mix. An imaginary world lacking those qualities would feel 'thin' and unrealistic to me. I'd find it hard to believe in it enough to write about it.