The latter half of my picks for "Essential" Epic Fantasies. You can find the first 25 - and a bit of explanation - here.

A quick reminder that the the rules are as follows:

Don't forget to check out the lists composed by Liz Bourke, Justin Landon and Tansy Rayner Roberts as well!

This half of my my "Essential" list are about the changes - or lack thereof - happening in the epic fantasy category.

Let's get stuck in, starting with one of the greatest revisionist epic fantasies of all... 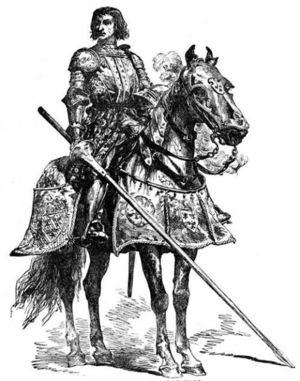 Marion Zimmer Bradley's The Mists of Avalon (1982): One of (if not the) most classic fantasy stories of all time, retold from a completely different point of view. New perspectives raise new questions - what is a hero? What is a villain? What's good and evil? All the trappings that we've been taking for granted, turned on their head.

Robin McKinley's The Hero and the Crown (1984): Good lord, a female protagonist with agency! Mature sexual politics! (Also, badass dragonslaying!) It is fun to look back thirty years and find a book that, in many ways, is more inherently progressive than what's being published today.

Terry Pratchett's Guards, Guards (1989): Fantasy comedies - of which Pratchett, Robert Asprin and Craig Shaw Gardner are three examples - have always been pioneering genre self-awareness. Guards, Guards has characters questioning the nature of epic fantasy, even as they tromp around within one.

Richard Awlinson's [a pen name for two authors] Avatar trilogy (1989): Another RPG tie-in. And, if you'll forgive the painfully trendy term, an excellent example of transmedia world building. The trilogy is uses many of fantasy's traditions (linear, scavenger hunt style narratives, chosen one protagonists, detailed world-building) as a means of fleshing out an entire media property. More interesting for what it demonstrates than what it is. More on this here.

Neil Gaiman's Sandman (1989 - 1996): Lots of stuff going on here - lots of good quests in here, but with different protagonists (Preludes, Season of Mists, A Game of You,...) and all with unusual twists to them. Plus, contemporary, urban stories in which our world is the wonderfully magical realm. Sandman wasn't the first to do this, but a huge part of Gaiman's messianic charisma is his ability to convey the belief that reality is an epic fantasy setting.

Terry Brooks' The Heritage of Shannara (1990 - 1993): Heritage is a fusion of dying earth fantasy plus post-apocalypticism plus a bit of anti-industrial ranting. Brooks actually does all of this pretty well, making Heritage a solid attempt at mashing modern themes into a classic setting. Plus, I'm a sucker for stories in which the good guys are overturning the existing social order rather than defending it. A more critical interpretation? After Brooks copied everything else Tolkien wrote, Heritage is four books on the Scouring of the Shire.

Clive Barker's Imajica (1991): Horror/fantasy hybrid. [Unrelated, but one of those books that weirdly snuck into the mainstream. Lots of people that wouldn't read, say, Tolkien, were happy to read Imajica, which was what, like a billion times geekier?] 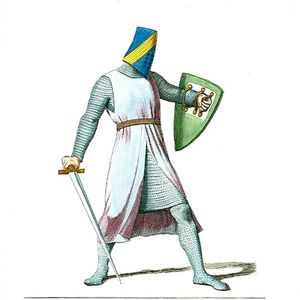 Terry Goodkind's Wizard's First Rule (1994): Wow, I loathe this book. But... it covers off the long-winded neo-macho fantasy epic (see also: Wheel of Time). Wizard's First Rule is also significant as a work of (Objectivist) philosophy - in which the author gleefully embraced epic fantasy's reactionary subtext and ran with it. It kind of epitomises everything I don't like about the category, all bundled up in one convenient, repulsive package.

Andrzej Sapkowski's The Witcher Saga (1994 - 1999): The reverse of the above. Sapkowski's saga - only part of which has been published in English - is all about moral ambiguity and looking at old fantasy archetypes (especially fairy tales) in a new light. Less about world-building, more about using secondary worlds as a platform to tackle tricky questions.

Robin Hobb's Farseer Trilogy (1995 - 1997): In my mind, I see Hobb's work as an example of gradual evolution, a tiny nudge further away from the Eddingsiana of a decade earlier. The Farseer Trilogy is still a chosen one story in a high fantasy setting with big evils, etc, etc, but it also weaves in the idea of the flawed protagonist and the hint that maybe the good guy doesn't win everything at the end of the book. Baby steps, especially when contrasted with the flying leap a year later in...

George R.R. Martin's A Song of Ice and Fire (1996 - 2084 [estimated]) - Love it or hate it, one of the biggest things to happen in epic fantasy since... "Conan the Barbarian"? Dungeons & Dragons? Only time will tell exactly how huge the impact of Martin's series will be. The tropes are all there and recognisable, but they've gone horribly, wonderfully wrong. Everything we're trained to see in high fantasy has been twisted and then knotted with a sort of brutal realism. (And that's just the literary significance - GRRM has probably done more to raise the profile of the fantasy genre than any modern author that's not...)

J.K. Rowling's Harry Potter (1997 - 2007): Orphans and wizard schools, epic battles against the big, big bad, revelations of magic, etc. I think when Harry Potter got big, a lot of fantasy fans (myself included) were complaining that we'd already been reading this stuff for years... then we ran out and bought them anyway.

China Miéville's Perdido Street Station (2000): There's an epic fantasy woven in here somewhere - hell, there's an old-school D&D adventuring party tromping around - but it is Miévillian. Every genre is in here if you want to find it. Still, this is part of the dying earth/Weird strand, and has inspired many imitators (most are attempts to recreate the Bas-Lag/New Crobuzon setting rather than the underlying themes, but, c'est la vie).

Susanna Clarke's Jonathan Strange and Mr Norrell (2004): Two books in a row that are just really smart.1 We'll break that streak with... 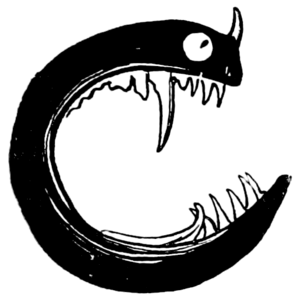 Stephanie Meyer's Twilight series (2005 - 2008): This is a terrible series, terribly written with terrible things to say. So, yes, I'm trolling everyone, Twilight fans and epic fantasy readers alike. But, this is an epic fantasy told from the non-Chosen One point of view. Bella is the bride/reward, not the hero. She's the mother and wife of a Chosen One, but not chosen herself. There's no sense of empowerment here: Bella lacks all agency - which only furthers the comparison with the bride and mother archetypes in traditional epic fantasy. (Want the world's most depressing picture of genre's "progress"? Compare Twilight [2005] to The Mists of Avalon [1982].) Incidentally, Twilight outsold The Wheel of Time, Dark Tower and A Song of Ice and Fire combined. Hell, if you threw in everything else on this page not by Rowling, you wouldn't bridge the gap. Good book? No. Significant? Undeniably.

Scott Lynch's The Lies of Locke Lamora (2006): Much discussion and debate about this one. First, one book - not both. Lies isn't the best example of post-Martin revisionism, urban (not rural) epics, unexpected plot twists, roguish anti-heros or epic/sword-and-sorcery blending. BUT, it is a pretty good example of all those things and has the benefit of being brilliantly written. I've nobly included crap like Goodkind and Twilight. Adding in Lynch lets me sleep at night.

Joe Abercrombie's The First Law (2006 - 2012): Abercrombie represents fantasy on two fronts. First, the sprawling epic, combining ostensibly gritty selective realism with traces of high magic (e.g. Erikson, Gemmell, et al.). Second, the whole grimdark thing. Like any other trend, a couple people (Martin, Abercrombie) did something really, really interesting - they explored the idea that 'actually a fantasy world would be really brutal/disease-ridden/awful on a day-by-day basis'. Their commercial success was immediately followed by dozens of pale imitations, all based on the false assumption that readers love them some diseased brutality. It is always easy to poach an aesthetic. The actual underlying insight? Harder to copy.

K.J. Parker's The Folding Knife (2010): A post-revisionist epic that stresses moral ambiguity and difficult ethical decisions. It sucks that I don't have room to include Daniel Abraham's Long Price Quartet or David Anthony Durham's Acacia, but, yikes, we're already almost at fifty. (For more on The Folding Knife.)

Brandon Sanderson's The Way of Kings (2010): Despite all the new trends of the last dozen years, isn't it comforting to know that someone is still churning out epic fantasy the old-fashioned way? Vast battles. Chosen ones. Big evils. Meticulously plotted magical systems. 1,000 pages of training sequences. Clashing empires. Dubious racial politics. Sanderson may be the best there is at writing epic fantasy the way epic fantasy has always been written. How's that for a mixed compliment?

Maurice Broaddus' Knights of Breton Court trilogy (2010 - 2011): A great example of how the oldest fantasy inspirations/tropes (in this case, King Arthur and his Court) can still be made fresh and relevant. In this case, the story of the rise and fall of the Round Table is layered on inner city Indianapolis.

Erin Morgenstern's The Night Circus (2011): Fundamentally starting from the same place as, say, Harry Potter - about the agony of being 'chosen' and the triumph of love and righteousness, plus, you know, wizard school. But Morgenstern's book takes cues from romance, horror and literary fiction to be a truly modern sort of epic.

Karen Lord's Redemption in Indigo (2012): While discussing my list with others before today, two people challenged this one, but I think Redemption couldn't be more perfect as an example of how the epic fantasy is evolving. An ordinary (but extremely good) person becomes chosen, the recipient of vast and uncontrollable magical power from whimsical, activist deities. She immediately comes to the attention of A Big Bad Evil, and only by a quest through strange lands (and times) can our heroine emerge victorious. Yet... at the same time, there's no swordplay, no big battles and it is ultimately about redemption, not victory.

N.K. Jemisin's Dreamblood Series (2012+): A fitting conclusion to this list - an epic fantasy series that is hugely exciting for the future of the genre. It has a fascinating and creative setting, strong and progressive characters and fresh interpretations of traditional tropes - all while being unquestionably, comfortably epic.

...and that's a wrap! As always, please leave your corrections, omissions, suggestions and death threats in the comments. Plus, you can read completely different lists of "Essentials" with Liz Bourke, Justin Landon and Tansy Rayner Roberts.

1: Plus, there's something charming about the way the author put all the world-building into the footnotes. If you wanted a story about characters, read above the lines. If you care about the fluff, skip down and read the small print. Bonus: Clarke did an amazing job of making the fae interesting again.

The latter half of my picks for "Essential" Epic Fantasies. You can find the first 25 - and a bit of explanation - here.

A quick reminder that the the rules are as follows:

Don't forget to check out the lists composed by Liz Bourke, Justin Landon and Tansy Rayner Roberts as well!

This half of my my "Essential" list are about the changes - or lack thereof - happening in the epic fantasy category.

Let's get stuck in, starting with one of the greatest revisionist epic fantasies of all...