At the the start of this year, I decided to embark on a (possibly insane) quest to watch every single feature-length official animated Disney film this year and to blog about it at my site, Dreampunk.me. You can find all the posts here. I decided to include only the main films done by Walt Disney Animation Studios (therefore, alas, I won’t be covering acknowledged enduring classics such as A Goofy Movie and Bambi 2), and the live-action animated hybrids (mostly because I couldn’t bear skipping Mary Poppins or Bedknobs and Broomsticks).

After I finished the first ¼, my lovely friends at Pornokitsch asked me if I’d like to write up a progress report of sorts, listing what I’ve learned so far along my journey, including some “bests” and “worsts” and that sort of thing, and I can’t quite believe it but we’re already up to the third set! 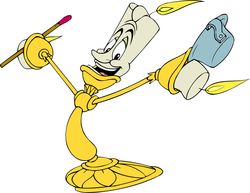 Best Film: Beauty and the Beast - Now, I’m not going to lie. This era of Disney is extremely difficult to break down into any sort of rankings, since it has most of the strongest work the company’s animation studio ever did. The early-to-mid-90s wasn’t known as the “Disney Renaissance” for nothing. And so, while I found it extremely difficult to choose between The Little Mermaid, Beauty and the Beast, Aladdin, and The Lion King for “Best Film” of the era (I even considered The Hunchback of Notre Dame, but had to mark it down solely due to the gargoyles), I think ultimately it is difficult to argue against Beauty and the Beast being the actual best - and possibly of all Disney films put together, as well.It boasts one of the strongest scores ever produced for a Disney film, with music that truly drives the plot, often in an operetta-like style, and brilliant music and lyrics from the legendary Alan Menken and Howard Ashman, respectively. It features the most feminist spin on a fairy tale Disney would do until just this year, with Frozen.

Another batch of quality contemporary young adult fiction - three books from two authors with Rainbow Rowell's Fangirl and Eleanor & Park, and John Green's The Fault in Our Stars.

Let's start with the two books from Ms. Rowell... 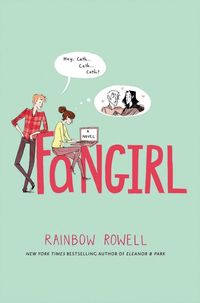 Fangirl (2013) follows Cath through her tumultuous first year at college. She's an identical twin (with Wren, who is quite noticeably not having a tumultuous year) and a die-hard fan of the Rowling-esque "Simon Snow" series. Cath's dreadfully shy on campus, but on the internet she's the author of the Simon Snow fan-fic. (Although Rowell is very good about seeding the basics of fan-fic, I do suggesting reading something like Renay's fan-fic introduction first - it helps not to go into the vocabulary completely cold.)

Cath struggles at college. She doesn't like being separated from her sister (Wren's choice, by the way). She's terrified of her roommate. She struggles with her classes, boys, the dining hall... everything, really. Cath discovers that "all the trickiest rules are the ones that nobody bothers to explain to you. (And the ones you can't google.)" - where does she sit? What should she say in class? Can she let her roommate's boyfriend into her room? The list goes on and on, and despite her popularity and social profiency online, the offline world is all a little too much.

Curiously, I thought I'd enjoy Fangirl for the fan fiction element, but actually wound up skimming the "Simon Snow" inserts. In most situations, I'd say that was the lesson: it isn't about the magical online world of escapism, it is about learning to face reality, and 'real' [fictional] drama is better than 'fictional' [fictional] drama. But Fangirl takes an unexpected twist at the end, balancing both worlds equally. There's no cosmic, cross-dimensional intervention, rather, Ms. Rowell takes the approach that we're all secret 'geeks' - fans of our own special interests. And that's totally ok: the trick is to be open to everyone else's enthusiasms as well as your own. Cath never has to choose between her two worlds, she winds up happy in both of them. (Er. Spoiler. I suppose. But were you really expecting otherwise?)

Welcome to the Weirdness Rodeo - your regular dose of wonder and strangeness, courtesy of Joey Hi-Fi.
You can follow Joey on Twitter at @JoeyHiFi and admire his work here.

Hider in the House starring Gary Busey. 'You can't lock him out. He's already in'. Really? He's CLEARLY outside. [Past Posters]

Remember that open letter sent to Spike Lee by an artist who designed posters for Oldboy? Spike Lee responded. [Den of Geek] 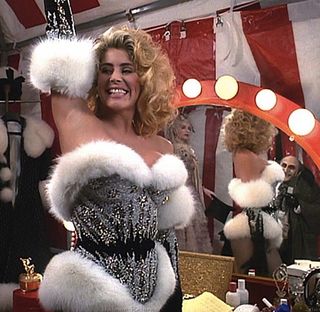 It's December, which means my Tumblr dashboard is flooding with Love, Actually gifs. And you know what Christmas film I hate? Love, Actually. I mean, I hate it in general. But I especially hate it as a Christmas movie. It's stupid, cheesy, sparkly, superficially sincere, manipulative, squishy and entirely lacking in explosions.

Blood, guts, and shit blowing up: that's what makes a good Christmas movie. How else will you learn to appreciate what you have?

With that in mind, then, Pornokitsch is proud to present a list of films you may have forgotten are, legitimately, Christmas films. And therefore well worth watching on Christmas day, after you've torn open all the presents and stuffed yourself with cheese and wine and mince pies and tofurkey or goose or ham or whatever. And, as a special bonus, these are Christmas films that non-Christmas celebrators can enjoy because, oh my god, not everyone fucking celebrates Christmas, for fuck's sake.

So pour yourself a glass of mulled wine and settle in.

Jurassic announces... a new history of SF by Andrew Liptak I'm delighted to say that Jurassic London has acquired the rights to an as-yet-untitled history of science fiction by writer and historian Andrew Liptak.
Andrew is the co-editor of the upcoming War Stories anthology of original fiction, and is an administrator with Norwich University's College of Graduate and Continuing Studies, where he received his Masters in Military History. He is a regular contributor to io9, Armchair General, Lightspeed, Kirkus and many others.
I personally consider his ongoing series on the history of speculative fiction at Kirkus to be required reading: Andrew not only brings genre's rich history to life for modern readers, but does so in a way that demonstrates its contemporary relevance.
Andrew's book, scheduled for early 2015, will be Jurassic's first foray into original non-fiction, and I personally couldn't think of a better way for us to start.
Read more about Andrew Liptak's work on his website. And say hi to him on Twitter at @AndrewLiptak.

Another irregular round-up of recent purchases and invaluable finds. Following off the back of recent, navel-gazing blog posts about book collecting, it has been an interesting few weeks...

The 'big' thing was holiday - a long anticipated trip to Lyme Regis, home to bakeries, dinosaurs and one fantastic second-hand bookshop. I stocked up on ebooks on the way down (thus, recent spate of YA reviews) and, the first day we were there, I bought over two dozen books (thus, recent spate of 'bizarre old book' reviews).

The weird thing is (well, for me at least), most of those books were one-and-done. I read them, I reviewed them, and now they're at the local charity shop. We kept 7 out of the 24. And which ones... and why them?

1. Richard O'Connor's Down to Eternity (1956). Novel about the Titanic. Why'd we keep it? A Fawcett Gold Medal.

2 - 5. Mary Stewart's Wildfire at Midnight, My Brother Michael, The Moon-Spinners, This Rough Magic (1962-1966). Four of Stewart's thrillers, no first editions and only one is a first printing. Why'd we keep them? Mary Stewart. The fact that they're Hodder helps as well. Ditto, great covers.

6. David Beaty's Sword of Honour (1967). Aviation thriller. Why'd we keep it? Pan. I don't actively hunt out Pan books like I do, say, Gold Medals, but the book is pretty good, and the Pannishness gives it the benefit of the doubt.

7. W. Howard Baker's Take Death for a Lover (1972). Atrocious murder mystery. Why'd we keep it? Robert McGinnis cover. I'd keep a box of Kleenex for all eternity if it had a McGinnis cover.

A few other bits: