Be warned, this is a long, multi-part ramble about genre fiction's literary awards.

The underlying premise to this is that all genre awards follow the same basic model in how they choose to express their core purpose:

Yet despite this simple formula, literary awards can still spawn a thousand approaches and ten thousand conversations.

To help the discussion, let's split the criteria into two parts:

But what do these criteria actually mean?

And, more importantly, how do they impact discussion around an award and the books that it recognises?

Let's parse us some variables!

A brief survey of genre awards reveals that nearly all of the time the adjective used is "best". (See: Hugos, Clarke, BSFA, SFX, Goodreads...) My issue with this word is pretty well-noted, but they probably bear repeating: I hate it. 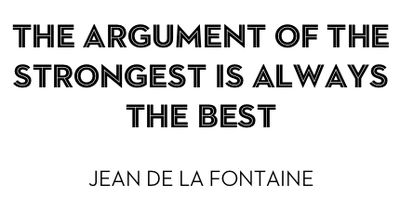 One variant is "favorite", which, especially with popular awards, is simple honesty. Still, it is rarely adopted - and generally only by individual bloggers (or aggregations of reviewers, such as the AV Club). Powell's Books uses "favorite" as the criteria for its annual Puddly Awards - possibly as a way of emphasising that these are "arm's length" selections made by customers, not staff.

Perhaps (and I have some sympathy for this position), awards believe that admitting subjectivity is a confession of weakness. "Best" can be mistaken for an objective measure of quality, "favorite" is 'mere' popularity. But, as Powell's approach shows, booksellers believe that "favorite" is just as (if not more so) conducive to sales. Rather than trying to conceal the human element of popular awards, maybe it should be embraced - these are genuine picks from real readers. After all, the current consumer trend is to trust our peers rather than top-down recommendations.

There are a few exceptions:

One award with an extremely specific superlative adjective is the James Tiptree Award Jr. Award, which looks for books which "expand or explore our understanding of gender". Despite the specificity of the remit, or perhaps because of it, the Tiptree selections are invariably broadly great - the winners and honorees could easily be taken as a list of the year's "best". Perhaps this is because the number of books published each year is so vast that, for any major award, the potential reading pool is essentially infinite (at least, more than what one person or team of people could read). As a side-effect of this, strict criteria may serve more as a focus than a limitation. 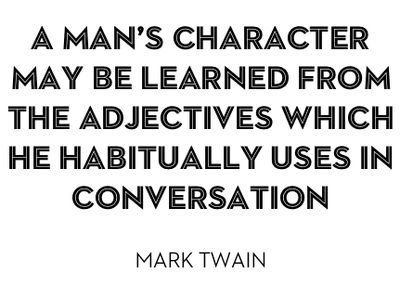 The Kitschies eschew "best" as well, looking for "most progressive, intelligent and entertaining" instead. This vocabulary isn't without its challenges, but even these are meant to further the award's mission statement ("elevate the tone of the discussion of genre literature"). Annually, it prompts conversation around "what is progressive?", which, even if the answer is inconclusive, that conversation itself is the goal.

A final curiosity is the British Fantasy Award, which, upon reviewing the exact eligibility requirements, has no adjective whatsoever. This is a recent change - the British Fantasy Society now offers an archive of changes to its constitution, and the "best" was dropped in 2012. (That said, outward communication of the awards still uses the term. But there's something admirably idiosyncratic about just having people choose "book".)

This too has its challenges. The Clarke Award, for example, is for "science fiction" - which is guaranteed to generates an annual discussion of what "science fiction" actually is. In the case of the Clarke, this is especially interesting - the award carries so much weight that it can 'proactively' define SF. That is, something is SF because the Clarke says so, not the other way around. (See: China Miéville, Zoo City, books with talking horses...)

Because the judging panel changes every year, what is and isn't Clarkian SF is therefore constantly in flux - which gives us a bellweather on what "SF" is at any given time. Last year, for example, we saw a 'diminished' definition of SF: a return to the core. But previous years, that definition had been steadily expanding - a creeping inclusivity that also prompted discussion.

Another example: the David Gemmell Legend Awards actively celebrate a very specific type of genre - "Traditional, Heroic, Epic, or High Fantasy and/or in the spirit of David Gemmell’s own work". Curiously enough, the "longlist" (books submitted by the publishers) generally contains books that fall outside this remit (often ridiculously so). But the finalists, filtered by popular vote, are more on-target - and the winners have all been firmly entrenched in the Gemmellian heartland. This seems counter to conventional wisdom, which is that a jury would be better at selecting to a strict criteria. Is it the wisdom of crowds at play? Or merely a fortunate coincidence - this sort of fantasy is currently the most commercially successful after all.

What strikes me about both types of subjective criteria is that the discussion of it is inherently useful to readers - and arguably the genre(s) as a whole. The conversation is externally-facing: readers (whether or not they have a say in the award's decision) are faced with some sort of declared "good"-ness and invited to compare it to their own.

The process is reflective and critical, and, ultimately, about the books. Even the wibbly "best" helps in this regard. Whether or not the reader agrees with (or even understands) an award's definition of "best", the discussion still forces the reader to consider and apply their own. 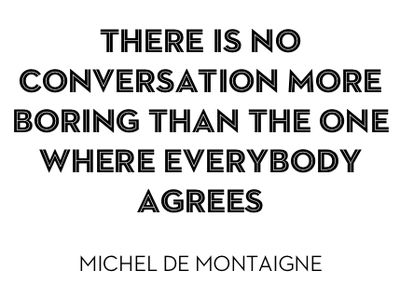 The following year, the Clarke Award again prompted discussion when it revealed an all-male shortlist that focused on "core" SF (see above). As well as a discussion over gender inequity within science fiction, this prompted debate over what science fiction even is. The judges decided what was or wasn't "science fiction". And, in arguing over their selections, readers were prompted to do the same. We were encouraged to think - and talk - about what defines a genre. Again, whether or not one agreed with the Clarke judges, the discussion the award prompted was inclusive, and about books.

Subjective criteria are the natural lightning rod for criticism. As noted above, awards try to mitigate this in two ways: a) to broaden the subjectivity as to make it meaningless or b) to feign objectivity. But, as the Clarke shows (and others), even when an award's subjective decision-making has been come under fire, the discussion itself is worthwhile. Positioning an award's decision as objectively right is to stifle discussion, whereas embracing the subjective criteria (broad or narrow) allows for a focused and productive conversation around books.

But isn't that true of any criteria? Aren't all discussions about awards ultimately about books? Well... let's pick that up again with the objective criteria.

Be warned, this is a long, multi-part ramble about genre fiction's literary awards.

The underlying premise to this is that all genre awards follow the same basic model in how they choose to express their core purpose:

Yet despite this simple formula, literary awards can still spawn a thousand approaches and ten thousand conversations.

To help the discussion, let's split the criteria into two parts:

But what do these criteria actually mean?

And, more importantly, how do they impact discussion around an award and the books that it recognises?

Let's parse us some variables!