This week's Friday Five is brought to you by Glen Mehn (@gmehn), lord of the 100 word review. Warning: this will make you thirsty. 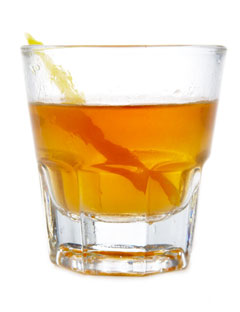 "...a person, having swallowed a glass of it, is ready to swallow any thing else."

So concludes one of the earliest references to cocktails in written history. Around the same time, cocktail is described as a drink “excellent for the head”. Nevertheless, cocktails have earned a strong position among alcoholic beverages in modern society. There is a strong culture of myth and story-telling around cocktails, in particular concerning the people involved and the circumstances under which particular cocktails were invented.

Humans across cultures and continents love imbibing mind-altering substances, typically in heavily ritualised settings. While these settings and rituals have changed over the years, there are strict socially constructed norms around types of cocktails, who consumes them, at what time, who pays for them, and how they are prepared.

What do you reckon? Tradition? Special tools? Arguable histories? Fetishisation?

It is, indeed, geek culture in a glass.

Firstly, the Sazerac. The original, and probably best drink there.

The Sazerac is one of nature's finest inventions. Good for the heart, good for the head. Very similar to the original cock-tail, described in 1798 in the London Morning Post and Gazetteer: a combination of spirits, bitters, and sugar.

The Sazerac comes from New Orleans, and is originally made with cognac, though in the 1870s phylloxera epidemic that destroyed Europe's grape vines made that hard to find, so rye whiskey was substituted.

(More) Tips for Moderating, Organising and Being on Panels

Powerful Panels' Kristin Arnold has just completed an extensive survey about panels - why they're good, why they're not good, how they can get better. I got to take part (thanks to this thing, I think). It was fun, and, best of all, now the report is back. Ms. Arnold's primary focus is on panels for business purposes, but I thought a lot of the lessons and tips were useful for conventions as well. The full report is here.

Ms. Arnold's study turns up scary numbers - basically, folks find panels an even split between "good, meh and crap". Given that panels are still the default for the SF/F convention circuit, that's a little depressing. (And, from my personal experience, we're lucky to have 1/3 of them qualify as 'good'.)

There are a lot of reasons for why our panels are so bad (conventions aren't 'work', no experience, no training, etc), but more importantly, what can we do to make them better?

I've pulled out a few of the tips and lessons from the report and added a few thoughts of my own as well. Please, please add your own thoughts, tips and tricks in the comments.

I've also broken this down into three areas: Organisers, Moderators and Panelists. I've left off the audience, but they should behave too.

Continue reading "(More) Tips for Moderating, Organising and Being on Panels" » 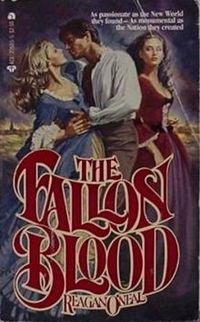 Robert Jordan is most famous for his long-running (and soon to be Hugo-nominated) Wheel of Time series, one of the seminal fantasy series of the of the post-Tolkien era, known for its colourful Darrell K. Sweet covers, meticulous (if recursive) plotting and unrepentant machismo.

The Fallon Blood is Jordan’s - actually James Oliver Rigby Jr's -  second novel, and the first that was published. It was initially published in 1980 under another the pseudonym 'Reagan O’Neal', and pushed as a historical romance. It was later republished by Tor/Forge in 1995, with hilariously Wheel of Time-lite cover art (see below). Because, well, worth a shot.

The first of a series, The Fallon Blood follows the adventures of Michael Fallon, an Irish immigrant to colonial South Carolina who winds up playing a prominent role in the Revolutionary War. 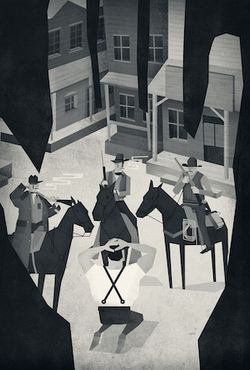 He rode into town with nothing but the frown on his face for company, carried by a broken-down grey mustang. The two mules that followed were dull-eyed and obedient, laden with possessions from another life in another town.

He wore a chuppalla, so different from the Stetsons men usually wore, and he was bull-necked and broad shouldered. The wind was restless that day, whipping up his fine black three-quarter-length jacket, showing the deep scarlet of the lining. He dressed well, travel stained and dusty as he was. No rancher or cowpoke was he; there was something dignified about him, and solemnity followed in his wake.

But it was his hands that Chrissie Miller noticed.

A man could strangle the world with hands like that.

He rode past the house, turning the corner of the street, heading into town. Chrissie let the drapes fall back across the window and wondered if her lack of grief was sinful. But there wasn’t much to grieve for. Her husband had been a mean son of a bitch, and closed-mouthed to boot. He was not a man who enjoyed friends, only the men he worked alongside, and the employment of Rep Calhoun. Jack Miller had been known as Calhoun’s Hound, and he’d been a rabid one at that. Calhoun himself had coined the name, and was all too keen to sic him on any that caused his displeasure.

Poking at Awards: Who are awards for?

Parking the criteria discussion for a moment, here's a question that comes up time and time again:

Who are awards for?1

If this sounds silly, well, it isn't. Like any campaign or movement, it is impossible to communicate successfully, or measure that success, without knowing who your audience is.

I'm going to hold off on the idea of what awards want to do for now (hint: next post). Instead, let's make a list - who are all the possible audiences for awards?

Continue reading "Poking at Awards: Who are awards for?" »

This week's guest host is Dave Bradley. Dave (@SFXDaveB) is the editor-in-chief of market-leading sci-fi and fantasy magazine SFX, which is soon to celebrate its 250th issue. The latest issue is available in newsagents right now with The Amazing Spider-Man 2 on the cover.

It used to be that no TV show felt properly exciting unless it boasted an opening narration, but there's a dearth of them these days. "Previously on..." doesn't cut it: we want a voiceover explaining the cool premise of the series, preferably narrated over a montage that's so heart-thumpingly thrilling the actual story feels like an anticlimax. The best opening narrations explain who the characters are, what's happening to them, and - most significantly - why we're supposed to care about them; and the most iconic have added phrases to the language that are familiar even to non-viewers. There are a few shows still keeping the tradition alive (Person Of Interest, Almost Human) but the golden age is surely behind us, as this week's Friday Five demonstrates...

"Faster than a speeding bullet! More powerful than a locomotive! Able to leap tall buildings in a single bound!" The classic show featuring George Reeves ran from 1952 to 1958 and in many ways defined the "mild mannered" DC superdude that we know today. Across its 104 episodes the opening narration – which was adapted from that of the earlier 1940s radio show – was spoken by Bill Kennedy and quickly explains who Superman is and what his abilities are, giving every generation since the opportunity to spoof "is it a bird? Is it a plane?!" A little silly, but upbeat and unforgettable – this is how to introduce a TV hero.

Amal El-Mohtar on Tim Powers' The Drawing of the Dark 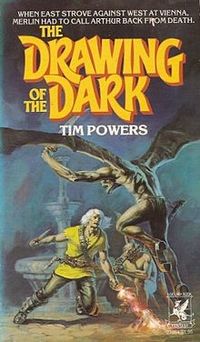 When I was first made aware of The Drawing of the Dark, I was told to expect “some problematic East/West stuff.” The title itself did not fill me with confidence, as I imagined light/dark dichotomies mapped, Tolkien-esque, on to pale and dark skin to represent good and evil as endemic to specific geographies or geo-political realities. But I love Powers’ writing, and decided it would be a good thing to familiarise myself with his earlier work.

Happily, the title is about beer.

Sadly, my instincts about the rest were not as far off as I had hoped.

The year is 1529, and the Ottoman Empire is advancing on Vienna. Brian Duffy, a well-travelled mercenary, accepts a job from a mysterious old man in Venice, agreeing to travel to Vienna and keep the peace in the Zimmerman inn, famous for its Herzwesten beer. But no sooner does he set out than he finds himself plagued by assassins working to prevent his arrival and a motley assortment of supernatural creatures working to safeguard it - hinting that the Zimmerman inn, and Duffy himself, are both more than they seem.

The Drawing of the Dark is a fantastically engaging novel, and one that is, in many ways, a proto-Powers work: I see in it the seeds of future writing that I have absolutely loved. A protagonist that has a complicated spiritual relationship with alcohol; magic and supernatural creatures shown to be responsible for historical events; world-weary characters that bring hundreds of years of lived experience to bear on modernity; all these are aspects of Last Call, The Stress of Her Regard, The Anubis Gates, and much short fiction that I’ve tremendously enjoyed. The contemporary language and perspectives in a sixteenth century setting worked pretty well for me - I laughed at what seemed like deliberate anachronisms about “those British shopkeepers who claim to be druids, and dance, rather self-consciously, at Stonehenge every midsummer’s eve” (183) - and Powers is remarkably adept at writing extensive fight scenes that don’t put me to sleep (a rare distinction shared only by Dorothy Dunnett and Ellen Kushner).

Night slowly fell in the narrow valley. Twenty mules were followed each other, slowly trudging up the winding path cut in the side of the hill. They bent under their heavy load, but the muleteers, tired, hurried them forward, abusing them with coarse voices.

Three of the mules had comfortable seats, large pack-saddles, upon which were perched three men - the masters of the caravan. Their thick clothes, fur boots, and red woollen hoods protected them from the cold wind of the mountain.

The lights of a village were spotted through the darkness, and soon the mules, hurrying all together, jostling their loads, were crowded before the only inn of the place.

The three travellers got down from their saddles, eager to find rest. But much to their surprise, the innkeeper came out on the step of his door and apologised furiously, saying that all of his rooms were taken.

"I have, however, a large hall on the other side of the street - but it is only a barn, and badly shut. I will show it to you."