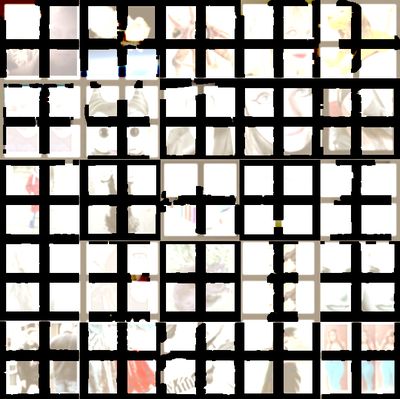 The new kid is crying. Someone should comfort him, but he’s the third one this week. We ignore him. He’s better off quitting.

No time to talk anyway. We’ve been slipping on our quota. The rules are clear: We each have to get through sixty thousand images a day, or we’re out. This is the kind of outsourced work that the Indians snap up, and we're lucky to get it.

Charlie used to grade the images according to what it’ll take to get the image out of your head. Drinkers. Shrinkers. Mallets. Bullets. Before lunch, our new kid catches his first Bullet. He runs to the bathroom and we hear retching.

I feel sorry for the boy, so I go to his computer to delete the image. I see it and turn away.

“Bad one?” asks Riaad, not looking. I don’t need to answer.

I surreptitiously send a copy to my own computer before I delete it.

As I’m walking back to my desk, Riaad calls me.

I go over to his desk.

“This’ll cheer you up,” he says, and shows me an image of a charred, twisted body.

He’s still giggling as I sit back down. I can’t blame him, though. Everyone's got their own way of dealing.

At lunch we sit at the corner café downstairs. The new kid doesn’t eat.

“We have to tell the police,” he says.

“We don’t,” says Riaad. “Nondisclosure agreement, remember? No-one wants this stuff getting out.”

The kid claws at his scalp.

“Charlie said we can’t make the world a better place,” I said. “All we can do is make one little place on the internet where everything’s safe. A walled garden.”

“Your predecessor,” said Riaad, and mimes a gunshot to the head.

I look down at my food.

The new kid doesn’t come back after lunch.

I spend the last few minutes of my lunch break fixing the Bullet in Photoshop.

This is a trick Charlie taught me. I select the girl in the image and delete her. I copy some of the wall and paste it into the gap. I extend the window and the carpet with a content-aware fill, then clean up with the clone tool. Now it’s just a picture of an empty hotel room, with floral-print curtains and a cream bedspread. Behind the bed is a sliding-door cabinet and a floor-lamp. On the other side is the back of a door with an empty coat-hook. There’s no sign that anything’s wrong.

I upload the picture onto the website, into the gallery with all the others. Hotel rooms, store rooms, bar-room floors, playgrounds, all sterilised and safe. One thousand and twenty seven images so far. My safe place. My garden.