Pornokitsch
Reviews Books Comics Film Fiction Index
Mad Max is unexceptional, and that's for the best
Everything Else

But lest you believe the movement is all cog-adorned haberdashery and dogs wearing zeppelin goggles, may I offer five examples of what I believe is at the heart of the genre’s literary origins: anachronistic or ahead-of-its time technology impacting the progression of society. Purists beware, here are Five Great Steampunk Writings That Aren’t Actually Steampunk: 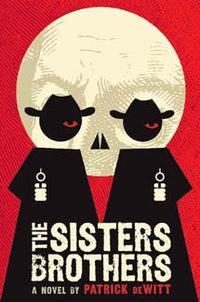 The Sisters Brothers by Patrick deWitt

Though the American West is often a setting for steampunk (which is why you can commonly be reduced to referring the uninitiated to “That Will Smith movie, Wild Wild West” when attempting to describe what the hell steampunk is), The Sisters Brothers is much more True Grit1 than brass-bangled grappling-hook fest. In 1851 two assassin brothers track down a thieving prospector. A wonderfully weird-fiction-esque run-in with a backwoods witch sets up the outer-worldliness that trickles into the storytelling. Despite being packed with scenes of grisly violence, things get truly horrific when the brothers discover the method the prospector is using to get his gold: a ground-breaking chemical formula with unforeseen side-effects.

The Prestige by Christopher Priest

This award-winning novel spans from the mid nineteenth century to the 1990s and is told entirely through journal entries. Two rival stage magicians berate, betray, and batter one another in attempts to rise to the top, while their present-time descendants wonder at a piece of ancient machinery used in the old magic act. Nikola Tesla, a hero for steampunks and less imaginative tech-nerds alike, is a supporting character who builds the infamous device. Even if you’ve seen the Christopher Nolan film adaptation, consider picking up the novel as I find it even more fully explores the battle between dedication to craft and reliance on technology. 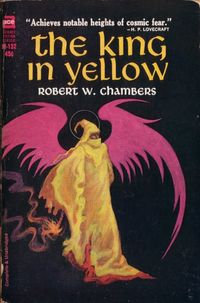 "The Repairer of Reputations" by Robert W. Chambers

This story is taken from the collection The King in Yellow, now popularized by name-drops in the first season of HBO’s True Detective. But before you get all “time is a flat circle” on me, let me tell you that this story, written in 1895 and set in an imagined 1920, has nothing to do with child murders in the bayou. It does envision a proto-fascist New York City with state-sanctioned suicide booths and the conspiracy to seed a line of intergalactic royalty. [SPOILER ALERT] Or does it? The unreliable narrator leaves plenty open to the reader’s interpretation. Plus a dude gets his throat torn out by a feral cat. Now that’s steampunkrock.

Our boy Edgar has been fighting the power since 1809. This story2, written in 1844 was the mid-19th century equivalent of Orson Welles’ Mercury Theater broadcast of War of the Worlds. In other words, the public lost their goddamned minds. This fictional account of a man’s flight utilizing advanced dirigible technology was retracted two days after publication and declared a hoax, but the story spurred the imagination of the world and is often considered one of the earliest pieces of science fiction writing.

From the Earth to the Moon by Jules Verne

I tried avoiding the early sci-fi writers in this list3, but I can’t help mentioning one of the lesser-appreciated works by Monsieur Verne. This novel, written in 1865 and set a decade or two beyond that, centers around a cadre of gunsmiths who endeavor to build a cannon that will launch man to the moon. What makes the piece truly great steampunk-that-isn’t-actually-steampunk, is that while Verne went to great lengths to achieve accurate scientific description4, the plot is more concerned with the human challenges surrounding the construction of the space gun. Also- a fiery rivalry is ultimately settled with, you guessed it, guns. Also [SPOILER ALERT] we never find out if they make it to the moon.5

Your turn - what other great non-steampunk steampunk works are out there? Share in the comments, or on twitter @pornokitsch and @RudeAlchemy!

1. The novel by Charles Portis, though the Coen Brothers film-adaptation is pretty terrific too. You can skip the John Wayne film.↩

2. The piece originally appeared as a newspaper article but is now often anthologized alongside his more traditional prose stories.↩

3. Ignore the fact that I included E. A. Poe. He wrote all kinds of stuff: horror, mystery, detective stories.↩

4. He actually predicted NASA’s launch site being situated in Florida a century in advance.↩

5. We do, however, find out in the sequel Around the Moon. [SPOILER ALER] The dog dies. Are you still reading these footnotes? Go read the writings! Then write on your readings in the comments!↩