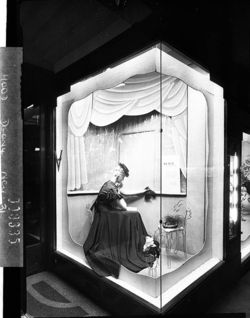 The Godless by Ben Peek 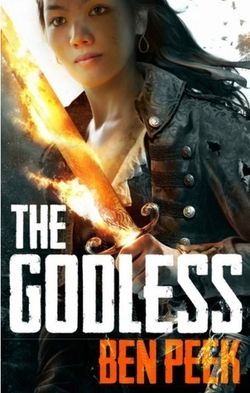 This is part of a series of of ten reviews, walking through the shortlists for the David Gemmell Legend Awards. You can see the complete list here, as well as a bit about the awards, the books and the criteria I'm using. Voting concludes on 17 July.

Ben Peek's The Godless (2014) is the second of our five Morningstar* finalists, and, as you might expect from a fantasy debut, the first in a  new series. It is a very dense book, in an intriguing new world, with several full and rich themes.

In fact, here's a little game. Here's a book 'blurb' for The Godless:

The gods are dead. The moon is one god's corpse; a mountain range, another. The God-War's cataclysmic conclusion condemned the world as well; the lingering necrosis from the bodies of the divine permeating the soil, the water and the air. Humanity tries to rebuild and move forward, but the world itself has turned against them. Cannibals ravage the hills, settlements are disappearing, entire kingdoms have gone silent... Three outcasts unite in a doomed attempt to defend their home, the last spark of civilisation.

It has been (almost) exactly two months since we opened for submissions. Thanks to everyone that's been sending stories our way. It has been a pleasure getting to read them.

We're delighted to announce the first group of new stories. Over the next few months, we'll be proudly presenting readers with the following terrific tales:

We'll also continue to publish classic reprints as well, including upcoming stories by Bram Stoker, Algernon Blackwood and C.L. Moore. And many, many more.

And this doesn't mean we're closing up submissions! Please keep sending your work our way. All the details are here.

*We actually snaffled these up before the open subs began, but they deserve to be announced too!

Absolutely brilliant piece from the AV Club on the history (and place on the ash heap thereof) of the DVD:

The popular understanding of the disappearance of the DVD is simple, and probably accurate: Digital storage technology is rendering hard copies of software and content obsolete. Being able to keep your music, movies, games, and books in your hardware system—or better yet, the cloud—is creating a concomitant desire to be done with yet another bulky material object... The irony lies in the fact that the internet isn’t merely the assassin of the DVD, but the progenitor, as well. Whatever their historical assessment, DVDs are primarily known for ushering in the era of bonus content. 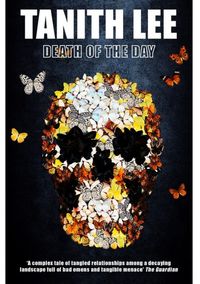 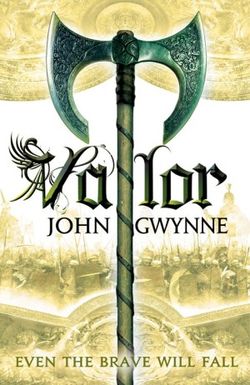 I'm reviewing all ten of the finalists for this year's David Gemmell Legend Awards. You can see the list and my approach here, and vote in the Awards here.

The cauldron was a hulking mass of black iron, tall and wide, squatting upon a dais in the centre of a cavernous room. Torches of blue flame hung on the walls of the chamber, pockets of light punctuating the darkness. In the shadows, circling its edges, long and sinuous shapes moved.... It was utterly black, appearing to suck the torchlight into it, consuming it, reflecting nothing back.

There are possibly two key traits to Valour (2014), and they are both on display here: it doesn't shy away from tropes and it is more than a little repetitive.

Valour takes place in a sort of vaguely Western European mish-mash of a setting. The land was once ruled by giants, but now they're huddled away in a tiny corner, resenting the human occupiers. The human lands are a mess. They were a series of vaguely interdependent kingdoms with a nominal High King, but the events of Malice, the previous book, have upset the status quo. Now the kingdoms are collapsing into war.

“Gun-Queen of the Arizona Frontier!” the original movie tag-line proclaims, “And her kind of men!!!”

We’ll ignore those exclamation marks for a moment and stick to the facts: Vienna has opened a saloon on the edge of a small town, right on the proposed line of the railway. Jealous local cattle-farmer Emma Small wants her gone. When her brother is killed, Emma falsely accuses Vienna and her friends ­– a group of honest-ish bandits and silver miners – in a bid to get rid of her and her saloon, once and for all.

Based on the book by Roy Chanslor (who also wrote The Ballad of Cat Ballou) Johnny Guitar is weird, subversive, camp as hell and utterly unforgettable. Here are my two cents... 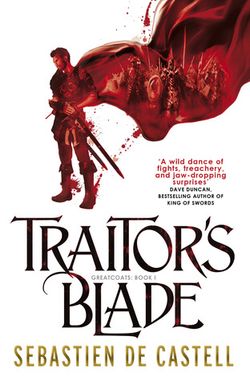 And we're off! This is the first of ten reviews, as I'll be going through the shortlists for the David Gemmell Legend Awards. You can see the complete list here, as well as a bit about the awards, the books and the criteria I'm using. Voting concludes on 17 July.

Pretend, just for a moment, that you have attained your most deep-seated desire. Not the simple, sensible one you tell your friends about, but the dream that's so close to your heart that even as a child you hesitated to speak it out loud.

Thus begins Traitor's Blade (2014), and the opening lines do an excellent job of capturing the novel's overall tone. These wistful, deliberately florid lines are clearly a set-up for a joke - and, indeed, by the end of the first page, the romantic vision is shattered by a crude interruption. But there's also something genuine in these lines - the speaker might be overwrought and a tiny bit snide, but there's a truth at the core. A real dream, hiding behind sarcasm.

And thus goes Traitor's Blade - a novel that cloaks itself in satire, but has a firmly romantic heart. It is a tricky balance: not everyone can have their tongue in their cheek and their heart on their sleeve, but Traitor's Blade accomplishes it with surprising skill. Not unlike, of course, The Three Musketeers, which clearly inspired this novel in many ways. Dumas' novel is perhaps better known for its romantic side - the swordplay and the sacrifice. But unlike, say, The Count of Monte Cristo, The Three Musketeers is a deeply, wonderfully snarky book, one that very rarely takes itself (or its protagonists) seriously.

I've poached the 'Weirdness Rodeo' name (and category tag) for these occasional ramble-fests. But the content - link-wrangling, odd connections and thinly-veiled contribution self promotion - is the same. I just like the title more.

I view Dazed's soapbox with a fairly hearty grain of salt at the best of times - especially when they chest-poundingly announce the #dazedgeneration (#unironichashtaggingalert) - but there are few good points in their screed. Maybe.

To balance out their woolly qualitative rambling, here's some broad quantitative stuff (all collected by Edison research, and embedded in this beast of a document):