Words of Radiance by Brandon Sanderson 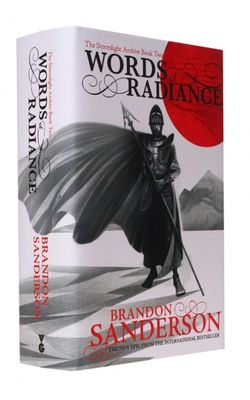 I'm reading and reviewing all ten finalists for the David Gemmell Legend Awards. You can follow along here. Voting has ended, but the winners aren't announced until August, so I'm pressing on...

Words of Radiance (2014) is the second volume in the Stormlight Archive, a projected ten volume series. Its predecessor, The Way of Kings (2012) was a previous DGLA winner, and, although I had some reservations, it was certainly a worthy one. As I noted at the time, it is "as good as a book can be without being exceptional" - and I bandied around words like "entertaining" and "hugely dramatic". Faint praise, but praise.

I've reviewed Sanderson a lot, thanks to his DGLA dominance. And those reviews have more or less gone from 'not so great' (The Alloy of Law) to 'good for what it is' (A Memory of Light) to 'pretty good' (The Way of Kings, The Final Empire). I don't seek his work out, but I've never needed to, as his annual fantasy book always winds up on the DGLA list.  It is fair to say that I've grown accustomed to a certain standard of decency.

I say all this to establish a baseline. I'm not a Sanderson fan, but I daresay I've got a proven track record of not being a hater. So please don't immediately disregard my opinion when I say Words of Radiance is a very bad book.

The Western isn’t dead. It just has a problem with logistics.

Go into your local bookshop and look for the Western section. Chances are, there isn’t one. So where do Westerns end up? Sometimes they sit confusedly with Science Fiction or Fantasy. Sometimes, they’re lumped in with Crime. Often, they’re spread through general Fiction. Interestingly, Westerns are almost always scattered: the only place I’ve ever encountered a dedicated Western section is in my local library.

This week's must-read -  Jake Little on the why of books:

The biggest reason we spend money on books is because we want to read them (eventually), but that isn’t the only reason: we also like to look at them, and to look at other people looking at them.... The way I treat my books shows that no matter how important they are to me as things to read, they also exist as decorative objects and status symbols.

Little's piece is a much better-written and far more articulate way of this piece from two years ago, in which I tried to talk about books as collectibles across a number of, uh, 'dimensions' - text, object and artifact. As Little says, with the rise of digital books as the most efficient way of reading/collecting text, there's got to be something in why we keep hoarding the physical lumps as well.

The 7 Best Horror Movies Ever 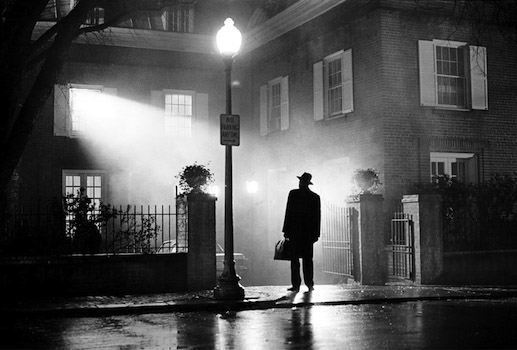 Open Culture pulled together a list of the 93 favourite films of legendary director Stanley Kubrick - based on interviews with Kubrick and his family and a search through old magazine articles.

For the hell of it, I compared this list with the horror movies recommended by Stephen King in the appendix of Danse Macabre.

The Emperor's Blades by Brian Staveley 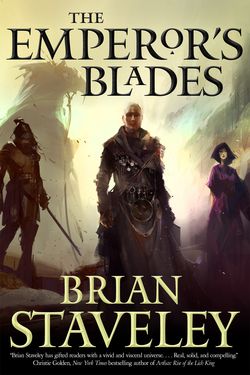 I'm reviewing all ten of the finalists for this year's David Gemmell Legend Awards. You can see the list and my approach here, and vote in the Awards here.

The Emperor's Blades (2014), by Brian Staveley, is perhaps the least surprising entrant on any of this year's shortlists. To pat myself on the back, I called this in February - but then, anyone could've.

Which, of course, begs the question - why? Other than its immense popularity1, what is it about The Emperor's Blades that says 'I AM LEGEND' (or, in this case, Morningstar)? The answer to that is pretty simple. The Emperor's Blades is the most 'core fantasy' fantasy of the year, and in that lies both its strength. 'Core fantasy' is actually a rubbishy marketing term, but works well here - basically, this is a really fantasy fantasy. "Formulaic" is a slightly prejudicial way of putting it. "Classic" may be more accurate. Pick your term of choice.

The Emperor of Annur is dead, presumably assassinated through arcane means. His three children, our protagonists, are stationed at different parts of the empire, finding themselves. Kaden, the oldest son and heir to the throne, is having his mojo tested at an isolated monastery - learning that being a man involves emptying his mind, avoiding the Dark Side, and spending a lot of time buried up to his neck in the ground. Valyn, the second son, is sublimating his spare heir angst training with the Kettral - the big-bird-based sky ranger elite. While Kaden contemplates nothingness, Valyn does epic fantasy boot camp - push-ups and war games. Finally, Adare, the Emperor's daughter, and the only one left in the capitol city. As the newly-minted Minister of Finance, she's in a position not only to keep the empire ticking along, but also to snoop around into the cause of her father's death. 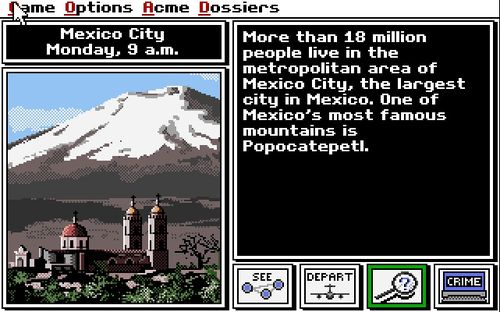 Continue reading "Extended Memory: Where In The World Is Carmen Sandiego?" »

John Wordsworth on "How the Zombie Ate the Cowboy" 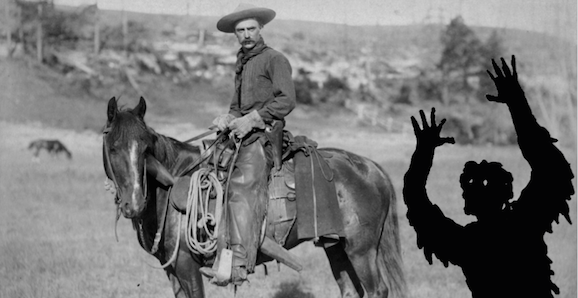 People have been predicting the comeback of the Western for years.

There have been some notable hits on both the big and small screen: Django Unchained, HBO's Deadwood, and the True Grit remake, among others. While the pulp Western novel is buried in a dusty hilltop cemetery in Wyoming, there have been some excellent more literary takes on the genre, including Philipp Meyer's The Son and, going further back, Larry McMurtry's Lonesome Dove series. You also can't ignore the impact of the massively popular game Red Dead Redemption. But somehow this trickle of new Westerns has never become anything more than that.

My theory is that, in fact, the Western is back ... but as the Zombie genre. (ZomGen? Zomre?)

Continue reading "John Wordsworth on "How the Zombie Ate the Cowboy"" »

When Red Sonja met her match(ish) 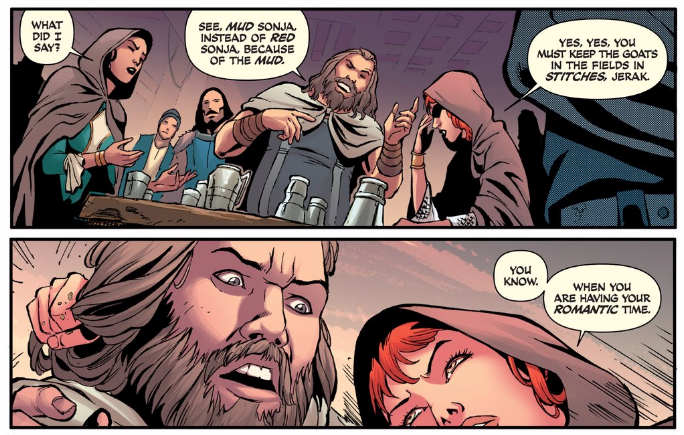 Look, it's a comic with a Robert E Howard fantasy character in it - surely the perfect storm of Pornokitsch interests. Red Sonja #10 is the specific issue that the One Comic team decided to check out, at Jared's suggestion, and an interesting read it turned out to be.

To everyone's surprise, despite some of the covers and the character's reputation, this isn't the exploitative boobs'n'swordplay production it could have been. How did it achieve that? Listen and find out.

You'll also hear Bex's take on the best and worst examples of comics' treatment of mental illness - the 'crazy' is strong in this medium after all.

Helen Mirren narrating Shel Silverstein's 'Where the Sidewalk Ends' for the World Cup.

How do you raise your children to appreciate video games? (via Kotaku)

We are the first generation of parents who grew up playing video games, which makes us the first moms and dads to possess the wisdom to guide our children through the world of PlayStation, Steam, Nintendo, and the like rather than the desire to merely abandon them to it. We are tasked with figuring this out for ourselves. It’s our job—our responsibility—to establish some traditions. 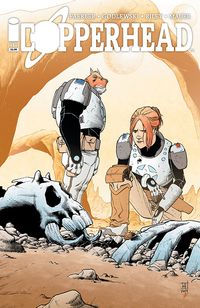 As Jon noted in an earlier post, the One Comic crew really enjoyed taking the piss out of the ludicrous Comixology blurb for Alan Moore's Providence #1. A very good comic, definitely. "A breathtaking masterpiece of sequential art"? That's a very tall order.

That said, what contemporary comics are masterpieces? Classics in the making? Or just 'important'? Or, to phrase it more accurately, "Today is Friday and I really need a post, so here are five comics I've liked recently."

Summary: SPACE WEIRD WESTERN PUNK NOIR. A sheriff with a mysterious past rocks up to the backwater world that's her new home. What should be a quiet rural (SPACE-rural) posting immediately heats up with theft, murder and alien-monster attacks.

Why it might be a masterpiece of sequential art: SPACE WEIRD WESTERN PUNK NOIR. A tidy little mystery, well-integrated SF elements, excellent Western inflection, and the sort of rebellious punk atmosphere that comes from casually revisionist themes and badass art.

Why it might not be a masterpiece of sequential art: SPACE WEIRD WESTERN PUNK NOIR. It is, you know, what it is. Firmly encamped in genre traditions, and happily bouncing around inside the boundaries of (multiple) genres.

Breathtakingness: A light gasp of elation.