Dead Man is Jim Jarmusch’s contribution to the Acid Western genre; something I’ll be fixing my beady eye on in future reviews. The Acid Western was a product of the sixties; by and large, it takes the best of the Spaghetti Westerns – the vistas, the journeys, the lone individual and the uneasy alliances – and mashes them up with existentialism, surrealism and, in the case of Dead Man, black comedy. Imagine if Leone made All the Pretty Horses in the style of Blazing Saddles, and you’d be… not that close, but oh well. 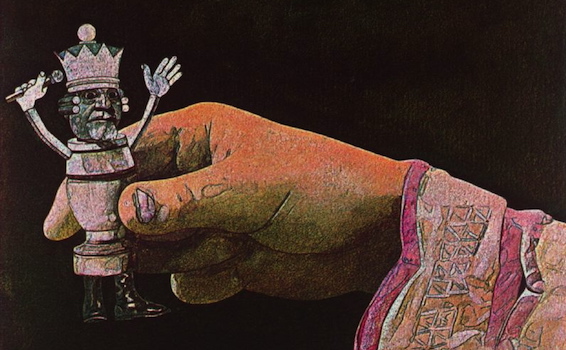 Your round-up of oddness. This time: pictures, websites, the importance of brands, submissions info and all the fun stuff Pornokitsch people are doing not-here.

An update on the #PicturesMeanBusiness from Sarah McIntyre, who met with Nielsen to understand how artists' data is (or isn't) captured:

If our economic value can't be assessed, we'll be forgotten by business people and written off as not contributing anything to the economy. Not even The Bookseller credited illustrators in sales charts until March of this year. You could see that Julia Donaldson was ruling the picture book sales charts, but you had no idea how The Gruffalo's illustrator Axel Scheffler's books were doing. In fact, if you entered his names into the Nielsen sales charts, he came out as quite a low moneymaker, since only the books he's written himself were calculated.

Sarah's explanation of the convoluted metadata of publishing - and its weird legacy systems - is the best I've read so far. Worth checking out. 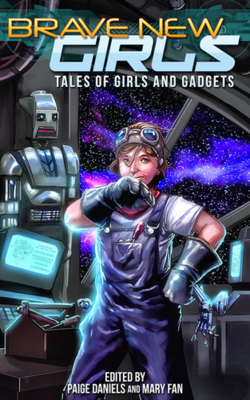 This week's guest is Mary Fan, co-editor of the brand new Brave New Girls. The anthology collects science fiction stories featuring "brainy young women who use their smarts to save the day". That is to say: it not only brings readers a whole pack of awesome role models, but they're also clever stories featuring brains over brawn.

All proceeds from Brave New Girls are being donated to a scholarship fund set up by the Society of Women Engineers, so buy with confidence - you're not just reading about bright futures, you're helping make them. With no further ado, we'll hand over to Mary...

It’s no secret that there aren’t a lot of women in science and tech, both in the real world and in fiction. Which is a shame, really. There’s a bit of a chicken-and-egg problem around this issue—are techy women not depicted in sci-fi because they’re rare in real life, or are they rare in real life because girls don’t see themselves depicted in those roles and therefore don’t pursue those careers? The fact is, pop culture is a powerful influencer, especially on girls and teenagers. And the scary thing is, your career is dictated by decisions you make as an impressionable kid (think about it… the college major you pick at age 19 determines whether or not you’ll become a research scientist).

While there are plenty of ladies in sci-fi, they’re usually not put in the science and tech-based roles. The scientists, hackers, engineers, etc. are usually guys. But every so often, you’ll stumble upon a character that makes you go, “Yes! More of her, please!” Here are five brainy sci-fi ladies who use their smarts to save the day: 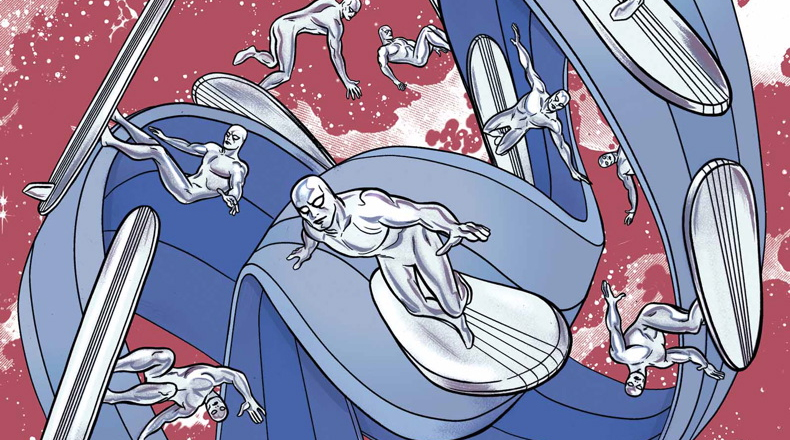 Silver Surfer #11 is an oversized issue with a unique format used to tell a complex and challenging story. The One Comic team took a look at it (hint from Jared: don't view it on an electronic device - it doesn't work) and then rounded things off with a look at a range of great and not-so-great replacement superheroes.

In the course of a work entitled Strategems, Frontinus, a military writer in the time of Vespasian, records how Cornelius Lelius, having been sent by Scipio Africanus in the capacity of envoy to Syphax, King of Numidia, but in reality for the purposes of espionage, took with him several officers of high rank in the Roman army, all disguised.

A general in the camp of Syphax, recognising one of these companions, Manlius, as having studied with him at Corinth, and well knowing him to be an officer in the Roman army, began to put awkward questions. Thereupon Lelius fell upon Manlius and thrashed him, declaring the fellow to be a pushful valet and nothing better. On the same occasion, the envoy allowed a high-spirited and richly caparisoned horse to escape from his suite in order to be given the opportunity of going through the camp to recover it.