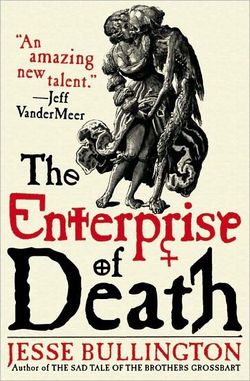 The Folly of the World

On a stormy night in 1421, the North Sea delivers a devastating blow to Holland: the Saint Elizabeth Flood, a deluge of biblical proportions that drowns hundreds of towns, thousands of people, and forever alters the geography of the Low Countries. Where the factions of the noble Hooks and the merchant Cods waged a literal class war but weeks before, there is now only a nigh-endless expanse of grey water, a desolate inland sea with moldering church spires jutting up like sunken tombstones. For a land already beleaguered by generations of civil war, a worse disaster could scarce be imagined. Yet even disaster can be profitable, for the right sort of individual, and into this flooded realm sail three conspirators: a deranged thug at the edge of madness, a ruthless conman on the cusp of fortune, and a half-feral girl balanced between them. (US) / (UK)

The Enterprise of Death

As the witch-pyres of the Spanish Inquisition blanket Renaissance Europe in a moral haze, a young African slave finds herself the unwilling apprentice of an ancient necromancer. Unfortunately, quitting his company proves even more hazardous than remaining his pupil when she is afflicted with a terrible curse. Yet salvation may lie in a mysterious tome her tutor has hidden somewhere on the war-torn continent. She sets out on a seemingly impossible journey to find the book, never suspecting her fate is tied to three strangers: the artist Niklaus Manuel Deutsch, the alchemist Dr. Paracelsus, and a gun-slinging Dutch mercenary. As Manuel paints her macabre story on canvas, plank, and church wall, the young apprentice becomes increasingly aware that death might be the least of her concerns. (US) / (UK)

The Sad Tale of the Brothers Grossbart

Hegel and Manfried Grossbart may not consider themselves bad men - but death still stalks them through the dark woods of medieval Europe. The year is 1364, and the brothers Grossbart have embarked on a naïve quest for fortune. Descended from a long line of graverobbers, they are determined to follow their family's footsteps to the fabled crypts of Gyptland. To get there, they will have to brave dangerous and unknown lands and keep company with all manner of desperate travelers-merchants, priests, and scoundrels alike. For theirs is a world both familiar and distant; a world of living saints and livelier demons, of monsters and madmen. (US) / (UK) The Long Way to a Small, Angry Planet

When Rosemary Harper joins the crew of the Wayfarer, she isn't expecting much. The Wayfarer, a patched-up ship that's seen better days, offers her everything she could possibly want: a small, quiet spot to call home for a while, adventure in far-off corners of the galaxy, and distance from her troubled past. But Rosemary gets more than she bargained for with the Wayfarer. The crew is a mishmash of species and personalities, from Sissix, the friendly reptillian pilot, to Kizzy and Jenks, the constantly sparring engineers who keep the ship running. Life on board is chaotic, but more or less peaceful - exactly what Rosemary wants.

Until the crew are offered the job of a lifetime: the chance to build a hyperspace tunnel to a distant planet. They'll earn enough money to live comfortably for years... if they survive the long trip through war-torn interstellar space without endangering any of the fragile alliances that keep the galaxy peaceful.

But Rosemary isn't the only person on board with secrets to hide, and the crew will soon discover that space may be vast, but spaceships are very small indeed. (US) / (UK) 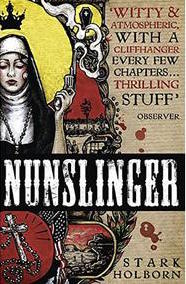 The year is 1864. Sister Thomas Josephine, an innocent Visitantine nun from St Louis, Missouri, is making her way west to the promise of a new life in Sacramento, California. When an attack on her wagon train leaves her stranded in Wyoming, Thomas Josephine finds her faith tested and her heart torn between Lt. Theodore F. Carthy, a man too beautiful to be true, and the mysterious grifter Abraham C. Muir.

Falsely accused of murder she goes on the run, all the while being hunted by a man who has become dangerously obsessed with her. Her journey will take her from the most forbidding mountain peaks to the hottest, most hostile desert on earth, from Nevada to Mexico to Texas, and her faith will be tested in ways she could never imagine.

Nunslinger is the true tale of Sister Thomas Josephine, a woman whose desire to do good in the world leads her on an incredible adventure that pits her faith, her feelings and her very life against inhospitable elements, the armies of the North and South, and the most dangerous creature of all: man. (US) / (UK) 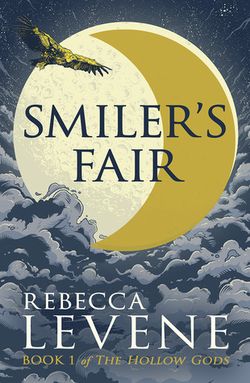 In a land where unimaginable horror lurks in the shadows, where the very sun and moon are at war, five people - Nethmi, the orphaned daughter of a murdered nobleman, who in desperation commits an act that will haunt her forever. Dae Hyo, the skilled warrior, who discovers that a lifetime of bravery cannot make up for a single mistake. Eric, who follows his heart only to find that love exacts a terrible price. Marvan, the master swordsman, who takes more pleasure from killing than he should. And Krish, the humble goatherd, with a destiny he hardly understands and can never accept - will discover just how much Smiler's Fair changes everything.  (UK) / (Limited Edition)

Krish once believed himself but a humble goatherd, but now knows he's the son of the king of Ashanesland - and the moon god reborn, as foretold. Now, with his allies Dae Hyo and the mage Olufemi by his side, Krish has begun to sieze control of Ashanesland... and receive the worship he is due. But Kirsh has many enemies, including Sang Ki, the bastard lord, who has discovered the key to Krish's overthow in the distant Moon Forest. There lives a girl named Cwen, a disciple of the god known only as the Hunter. And she has made it her life's mission to seek out Krish and destroy him. (UK) / (Limited Edition)

It’s become the greatest British invasion of them all: Lara Croft is a world famous pin-up, and the British-made Grand Theft Auto and its spin-offs have sold more than 120 million copies worldwide. The UK’s games are now bigger than either its cinema or its music. Yet gaming’s birth in a moribund eighties Britain was almost accidental. Thatcherite policies had nurtured humble machines like the ZX Spectrum and BBC Micro, and a home-grown culture of young programmers and unlikely entrepreneurs exploded alongside it. And when the industry went global, British games-makers were ready to be a driving force behind the new Cool Britannia and beyond. Grand Thieves and Tomb Raiders is the first book to tell the amazing secret history of British videogames. (US) / (UK) 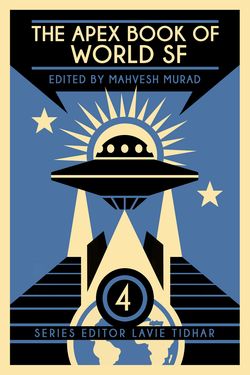 From Spanish steampunk and Italian horror to Nigerian science fiction and subverted Japanese folktales, from love in the time of drones to teenagers at the end of the world, the stories in this volume showcase the best of contemporary speculative fiction, wherever it’s written. 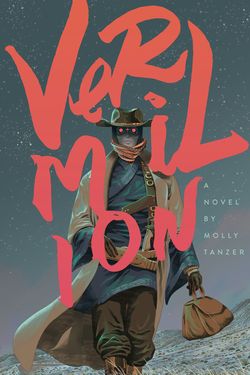 Gunslinging, chain smoking, Stetson-wearing Taoist psychopomp, Elouise "Lou" Merriwether might not be a normal 19-year-old, but she's too busy keeping San Francisco safe from ghosts, shades, and geung si to care much about that. It's an important job, though most folks consider it downright spooky. Some have even accused Lou of being more comfortable with the dead than the living, and, well... they're not wrong. (US) / (UK)

Henry Milliner thinks his days of being the school pariah are over forever when he attracts the attention of Wadham College's coolest Fellow Commoner, St John Clement, the Lord Calipash. St John is everything Henry isn't: Brilliant, graceful, rich, universally respected. And as if that wasn't enough, St John is also the leader of the Blithe Company, the clique of Natural Philosophy majors who rule Wadham with style. But when being St John's protege ends up becoming a weirder experience than Henry anticipated -- and the Blithe Company doesn't quite turn out to be the decadent, debauched crew he dreamed of -- Henry has some big decisons to make. Should he beg the forgiveness of his only friend, naive underclassman John Wilmot, 2nd Earl of Rochester, or should he ride it out with St John and try to come out on top?

Tangling with a Calipash is an invariably risky endeavor. From antiquity to the modern era, few who have encountered members of that family have benefited from the acquaintance. If only Henry knew the that Calipashes are notorious for their history of sinister schemes, lewd larks, and eldritch experiments, he would realize there are way worse things than being unpopular... (US) / (UK)

A disquieting tale of 18th Century decadence, charlatanism, supernatural ritual, and violent, bloody murder, told in the epistolary style—along with a number of previously uncollected and critically acclaimed short stories. Each piece is furthermore presented with a corresponding imbibation from Molly's distinctive repertoire, to be concocted by the reader with the hope that his or her enjoyment of the story will be in some small way enhanced—and that Bacchus guide them on. (US/UK) 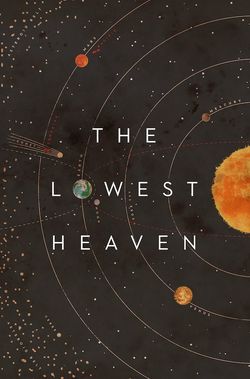 During the Age of Reason, the world’s greatest minds named, measured and catalogued the world around them. They brought order and discipline to the universe. Except where they didn’t. Irregularity collects fourteen original stories from extraordinary literary voices, each featuring someone — or something — that refused to obey the dictates of reason: Darwin’s other voyage, the secret names of spiders, the assassination of Isaac Newton and an utterly impossible book. (US) / (UK)

The Book of the Dead addresses the most fascinating of all the undead: the mummy. This anthology includes nineteen original stories of revenge, romance, monsters and mayhem; ranging freely across time periods, genres and styles. The anthology is published in collaboration with the Egypt Exploration Society, the UK's oldest independent funder of archaeological fieldwork and research in Egypt, dedicated to the promotion and understanding of ancient Egyptian history and culture. (US) / (UK)

A string of murders on Venus. Saturn's impossible forest. Voyager I's message to the stars - returned in kind. Edible sunlight. The Lowest Heaven collects seventeen astonishing, never-before-published stories from award-winning authors and provocative new literary voices, each inspired by a body in the solar system, and features extraordinary images drawn from the archives of the Royal Observatory Greenwich. (US) / (UK)