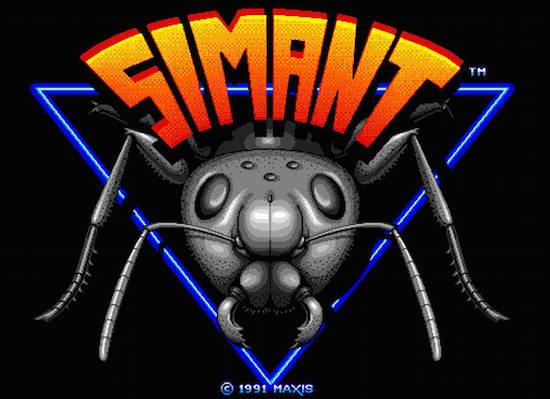 Original platform: DOS, Amiga, and SNES, to name a few

I began life as I would begin all other lives following: hatched from an egg laid by my queen. I knew nothing of the larger world, at first. Dig, some unknown voice compelled me. I dug. Good, you have just learned to dig a tunnel. Try digging some more to get the hang of it. I did. And this — this was good. It was satisfying to chew tunnels through the earth itself, turning and diving however I pleased. Life was safe here. Simple. But the voice compelled me again: Now go outside and explore the surface.

I did as told. I am but one worker in a hive. It is my place to obey. But I was unprepared for the dangers that awaited me beyond my underground sanctuary. Perhaps I should never have left. 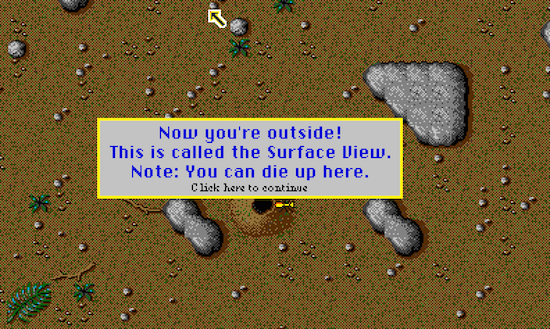 I discovered that I was ravenous, which came as a surprise. There had been no hunger within the cool soil. No empty bellies, no risk of death. I longed to return, but my hunger was not mine alone. It was shared by my fellow workers, the soldiers, the breeders. Food for one meant food for all.

I set forth on six legs, waiting for the ground beyond the edge of the map to render. I got the sense that mine was an old world, a world that would’ve been impressive in a simpler time. A world that had not aged particularly well. I scuttled forward, and at last, found some nebulous plant matter that the voice reliably informed me was edible. I ate my fill, then brought home a heavy mouthful for my brethren. The hive could feed.

Pick up a rock, the voice told me. You can move these pebbles to build crude walls and barriers for colony defense. My heart may not share the same shape as yours, human reader, but it raced all the same. The innocence of my tunnel building days was over. The time had come...for war.

I listened attentively as the voice told me how to prepare for battle. The lesson progressed, and I realized that we simple lifeforms are, in fact, immensely complicated. There was scent marking. Behavior sliders. Caste sliders. Population graphs. Efficiency scores. All of which, the voice assured me, were explained in more detail by the manual. 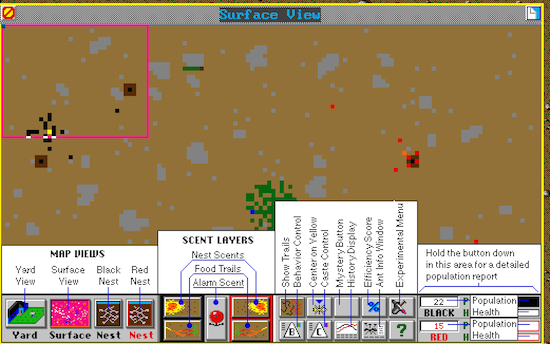 Despite the complexities, my task was clear: recruit as many followers as I could, then march into enemy territory. “Oh my god,” a distant voice in my head said. “This is a Zerg rush...with ants.” I do not know what this voice meant. As an ant, I am ignorant of such things.

Troops assembled, we stormed the red hive. I grappled with all who crossed my path, tumbling over and over until my enemies collapsed. We chased them down into the ground, and with overwhelming force, slayed their queen.

The first voice congratulated me, then left me to fight on my own. My tutorial was complete. And thus, I ascended, ready to begin anew.

The world was not as fast-paced as my lessons had led me to believe. I needed at least fifty followers if I were to attack the red hive with any hope of success, but these came much slower than they had before. I brought food. I moved rocks. I waited. And waited. And waited. After a small eternity, I had fifteen followers — enough to begin a scouting expedition, perhaps, but not mount a frontal assault.

“Come on,” the second voice said. “Build additional ant pylons or something.” Again, the meaning was lost on me.

Beset by boredom, I ventured out, off to explore the world we hoped to conquer. It was then that death took me. A spider chased me round and round, until at last, I was caught in its grasping mandibles. My life, it seemed, was over. I had failed.

But this was not true. With triumphant fanfare, I awoke in the den of my queen. 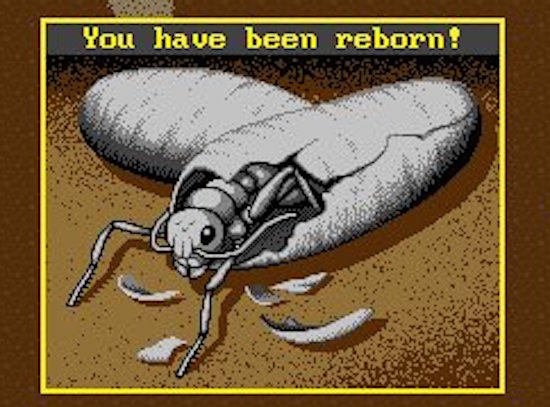 The evil lawn mower has sucked you into its giant whirring blades! the first voice said. Your body is reduced to a thin slime.

“How is that fair?” the second voice howled, and for once, I was in agreement.

Again, I was reborn. I found another hole in the ground, one that I had not dug, nor one claimed by the reds. I headed in. Some sharp-jawed monstrosity devoured me. I never did learn what it was.

I stayed close to home in my next life. I built walls two rocks thick. I dashed out into the open wilds only to find food. It was too risky out there, too unpredictable. But this...this homebound existence was tedium unending. Why could I not have been a spider instead, I wondered. That looked like much more fun. Or the lawn mower! Now there was true power. True, random, utterly unfair power.

But no. I am an ant, and will remain an ant for all time. This is not a cycle I can escape through pureness of heart or good deeds. There is only battle, and death, and rebirth. Glory to the hive.

Original platform: DOS, Amiga, and SNES, to name a few