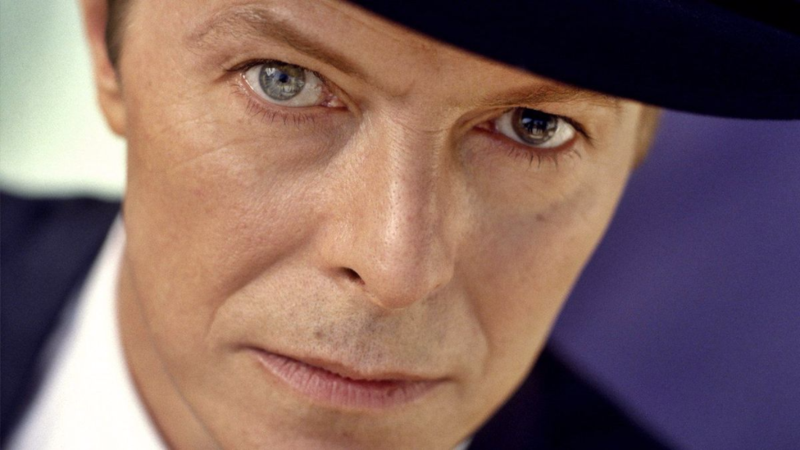 Bowie made it okay for us to fly our freak flags high - hell, he made a career out of being unlike anyone else, writing songs about space aliens and spiders from Mars, refusing to be just one person with just one avatar. Gender was fluid, sexuality was fluid - even your personality was fluid: he showed us you could evolve all you wanted, grow and mutate and shed your skin again and again. Bowie was you and me and a thousand other beings and it was great. It was better than great, it was necessary. His sound and vision gave us all hope. It always will.

I have two very early memories of Bowie. One was Labyrinth. A bunch of us kids, growing up together in Karachi, watched it over and over again on a scratched-up pirate VHS cassette, later re-enacting parts, wanting more of the Goblin King, not really sure why he was so thrilling or why his dangers untold were so attractive. Labyrinth taught a generation of young kids more about growing up and taking back your agency than any parent ever did - Sarah and the Goblin King’s final interaction still resonates: ‘You have no power over me’ are words that can shape a person.

The other was the music video for "Dancing in the Streets", a song we didn't know back then was a Motown classic but one we loved so much for Bowie's swagger and Jagger's waggle. Again, on a copy on a pirated VHS cassette - a London-based relative had recorded a few episodes of Top of the Pops for us. Bowie was the effortlessly cool one in the duo, with the superior eyebrow raise, the slight disdainful lip curl - it all came so naturally to him. So much so that, years later, when he made a tiny appearance in Zoolander to judge a walk off, I was reminded of that same attitude, though now he was older - less disdainful, yet still so aware of himself, his celebrity and the cult of his personality. He was a legend, a myth - and he knew it.

So much personality, so much attitude, so many different ways to express all the stories in him, via songs and frequently changing avatars and music. His methods of creation were so liberating - he never seemed to hold back or to doubt his new self. There was always such a huge lesson to be learnt from what Bowie did, even when it was the mad, bad sadness of the LA cocaine-fueled days of the Thin White Duke. That guy wasn’t a nice guy at all, but he was part of Bowie’s evolution and it’s still possible to appreciate the music that came from those days.

It takes a rare breed of artist who can continue creating music while dealing with his own (secret) illness, make plans to say his musical goodbyes, and produce work like Blackstar. Immense respect to the man who was able to produce such quality work even when unwell, determined as he was. The bassist on each of Blackstar’s songs, Tim Lefebvre, told Rolling Stone magazine that Bowie created the album knowing he was going to die, and that, even in his final months, he was nothing but professional, pleasant and generous. Bringing in jazz musicians, Bowie expanded on his repertoire in ways no one was expecting, producing a beautiful, bold and incredibly intelligent album.

The last song and video released, "Lazaraus", is all the more poignant now that we know Bowie was at the end of this life; the video is all the more frightening and heartbreaking. It seemed then - and even more so now - to be the perfect culminating symphony of Bowie’s lifelong melancholy, genius and vision as an artist. Bowie returns from the dead each time someone listens to his music and always will.

I could list the brilliant music Bowie made, the genius levels of word building that supported every avatar he created, each song-story he wrote. But you already know of those. You already know Ziggy and the Duke and and Aladdin Sane and you definitely already know Jareth the Goblin King. You know the music too - no matter what sort of music you’re into or what your tastes are, there’s very little chance that you haven't heard a Bowie track. And if you somehow haven’t, then I envy you - there’s a world of musical, lyrical, creative genius waiting for you out there.