Friday Five: 5 Things You Might Not Know About London

1. Charles I was executed on Whitehall, right about where the Earl Haig statue is placed. Charles was led out to the scaffold on a walkway from the first floor of the Banqueting House rather than via the street.

The Banqueting House, by the way, is the last bit of the Palace of Whitehall that remains today. It has a long and very interesting history (York Palace stood there before, and was Cardinal Woolsey's house; the cardinal gave it to Henry VIII and Anne Boleyn in 1530. Henry and Anne redesigned it, married both Anne Boleyn and Jane Seymour within its walls, and died there. The current Banqueting House dates from 1619 and was designed by Inigo Jones.

2. The architecture of the Natural History Museum in London is rightly acclaimed, but there's even more to admire about it than you might already do. Originally designed (by Alfred Waterhouse) to have two wings, one side was intended to highlight the collections of all currently living plants and animals and the other to display the collections of fossils and extinct creatures.

If you stand outside and check out the various plants and animals that decorate the building, you'll see that one side features things like sabre-tooth tigers and pteranodons, while the other displays lions, tigers and bears (et al.) And each pillar is designed to mimic the bark of an extinct tree. The same design sensibility is executed inside; next time you're wandering around the dinosaur gallery, tear your eyes away from the animatronic T.rex and cast your eyes upwards. You'll see lots of gorgeous details that ordinarily go unnoticed.

3. St Paul's Cathedral is riddled with secret passageways, to allow those who work there to move about without crossing the floor and disturbing worship. Its walls were in-filled with cement in the early 20th century, which likely accounts for the building's survival despite Hitler's best efforts to destroy it - Hitler was obsessed with St Paul's as a symbol and believed that bombing it would demoralize the British population; the famous photograph of St Paul's emerging from the smoke of the Blitz comes from this time, when the Nazis were engaged in a campaign that was specifically targeting the cathedral. Many people lost their lives working to save it night after night, and much of the surrounding area was totally demolished. 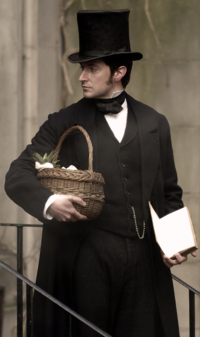 4. The stage of the Theatre Royal, Drury Lane (in an earlier iteration, the same theatre where Nell Gwynn plied her trade) can be lifted and moved via a system of hydraulics using water from the Thames. The technology behind the stage's mechanisms was declared a state secret during WWII, because the government were concerned the Nazis would... want it, for some reason.

(Corollary: spiders curl up when they die because they also operate via a complex system of hydraulics. This may or may not be true, but I heard it once when I was a kid and like it enough that I am not going to look it up.)

5. You see pineapples and pineapple-like shapes decorating buildings all over London (and elsewhere). In the 18th and 19th centuries, pineapples were extremely trendy amongst the burgeoning middle classes, in part because of how difficult it was to grow them in England's less-than-tropical climate. But grow them people did, in hothouses, from about 1720, and the pineapple soon became a symbol of both Britain's international reach and power and more domestic pursuits.

The fruits themselves were often used as the centerpieces of table decorations at parties, and given as gifts; in one of the more charming (and significant) details from the 2004 adaptation of North & South, for example, Mr Thornton is shown carrying a ripe pineapple to the Hales.

Got any London secrets or fun-facts? Please share them in the comments - the more the merrier!

Friday Five: 5 Things You Might Not Know About London

1. Charles I was executed on Whitehall, right about where the Earl Haig statue is placed. Charles was led out to the scaffold on a walkway from the first floor of the Banqueting House rather than via the street.