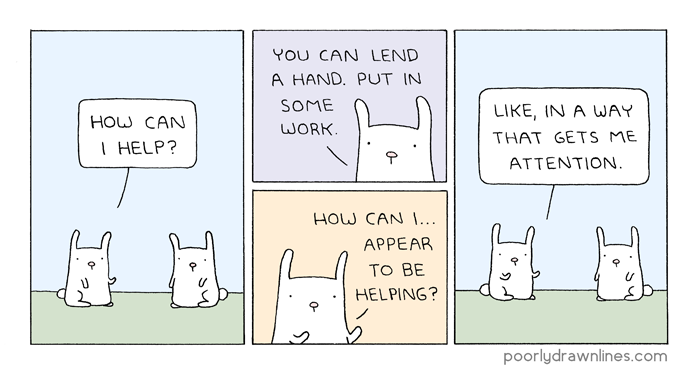 Paper fetishists have been gleefully reporting from Nielsen BookScan data for the year that print sales have seen a slight uptick in 2015, while adding that sales of new e-book readers (such as Amazon’s Kindle) have suffered. Most of the coverage hits the exact same points: 2.4 percent increase in print sales, diminished enthusiasm for new e-readers, Go Set a Watchman and coloring books. Hardly any of the coverage mentions the fact that publishers jacked up the prices of e-books just as the trend began.

And, as the Observer goes on to note, that's just one of the many flaws in Nielsen's oft-cited numbers. Author Earnings, a site that specifically tracks ebook sales, notes that since most self-published authors and small presses don't even bother getting ISBNs, Nielsen might be underestimating ebook sales by as much as 50%.

The news here is probably less that print is up 2 percent, but that it went up so little after such a significant price increase. Even for readers wedded to print, no one credibly foresees a time when anyone who wants to buy a physical book won’t be able to. So readers that like the object can have the object. And what’s more important? The health of that bookstore you visit three times a year or the health of the business of literature?

The whole thing is well worth reading, even if the concluding lines are, I suspect, deliberately provocative.Although it makes for excellent dramatic effect, there column's final question is a false dichotomy - having more means of accessing books is always better for the business of literature, and certainly said business is better without bookstores than without them.

That said, I find their skepticism of the 2.4% rise a relief - I'm also, to sound like a broken record, cynical of the idea of a 'print Renaissance' as it a) is based largely in print-friendly growth categories/trends like children's books, gift books and colouring books for adults, b) flies in the face of closing bookstores and libraries, c) is contradicted by other studies that aren't carried out by partial industry bodies, and d) reeks of wishful thinking. The relationship between print growth and the new ebook pricing model (a result of the Amazon/Big 5 publisher [dis]agreements) is something I've seen people discuss, but never before looked into the evidence.

Still, the Observer's is the first column I've seen to so baldly separate the success of traditional publishing retail from the success of publishing. Immediately, there's a sort of instinctive horror in here: bookstores are books. Well,.. aren't they? I can see the Observer's point, in that, upon scrutiny... they aren't actually the same thing. Bookstores are one avenue by which books reach readers. And, to be fair, their importance to the industry draws a great deal on both tradition and accessibility - booksellers and publishers work together most of the time, which makes them allies in the ongoing war against Amazon.

For the health of the industry, we do need to interrogate our default assumption that a physical book are somehow more book than an ebook is.

...and a terrific piece from Jezebel, on the way that celebrity profile pieces have evolved with the growth of fan culture:

In a bid to keep their access, it’s becoming increasingly common for publications and writers to aim for what they once avoided: the fanboy/fangirl celebrity profile was one of the most fascinating revived trends of the year....

The best of these profiles find honest, chilling and literary ways to probe the famous among us while still paying homage to the subject. But these good examples are rare. As we found out this year, the fan-on-celebrity profile is difficult to execute in a way that feels meaningful to anyone outside that fandom: more often it feels evasive, soft, full of fluff quotes, empty commentary, uncritical drooling.

A great read in its own right, this also resonates for those of us in the Wild West of amateur reviewing (or 'enthusiastic press', as Zoe Quinn called it). Blog reviews are often accused of these same traits - they're not critical profiles of the text, they're 'evasive', 'soft', 'full of fluff' and 'uncritical drooling'. Which isn't an unfair accusation. Blogs are created by enthusiasts for no other reason than to express their enthusiasm. There's no particular need (or desire) to harden up the softness.

The thesis of the Jezebel piece is that the fan-profile is the easy way out from the magazine's standpoint: it ensures that the fans are happy, that the subject is happy, and that the magazine keeps their access. But the author also points out that the fan profile isn't completely without merit - it contains an 'honesty' about the writer, if not the subject. Which is a similar criticism to that of the 'death of the author' standard that reviewing is meant to take: it is dishonest. The text is not without influences; it did not spring forth from the void, fully-formed. And the reader is not without their preconceptions, prejudices and biases. Pretending to have an objective opinion, the enthusiast argues, is dishonest - much better to lay the prejudices out on the table instead.

And to add one more layer: when is the enthusiast press supposed to switch from one form of reviewing to the other? Pornokitsch is an 'old' blog (8 years, which is practically geological in internet time), and at some point in our history, we swapped from 'uncritical drooling' to the pretense of objectivity. And I think, at some point in our history, that was expected of us - we could no longer drool and still maintain our credibility (and therefore our value to readers). Our peers are the same. What makes a platform go from one to the other? And why is this the reverse of what the professional press is doing?

How Wile E. Coyote explains the world. This is on Deadspin, I have no idea why, but it is amazing.

Old, but a 9-year old reviews Age of Ultron. Is the MCU starting to skew towards the wrong audience? (TFA seems to have gotten it all right.)

The new Penguin site is gorgeous - easily the best (and easiest to use) of the Big 5 sites.

The TV commercials of David Bowie.