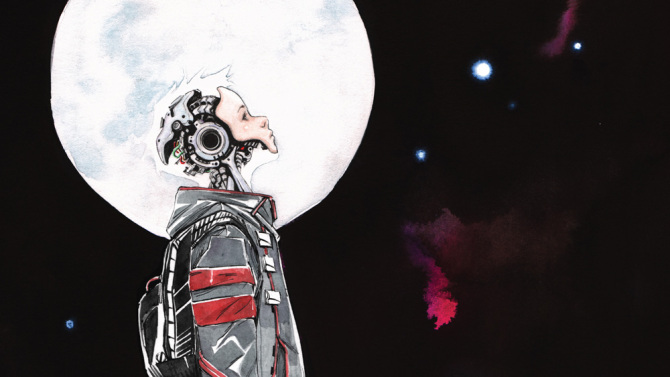 Jamie's back with more recommendations!

Canadian writer/artist Jeff Lemire is a comics creator whose work is bound together by a strong thematic consistency. Lemire really proves – as if there was still doubt – that comics are a serious literary medium, but he doesn’t forget the power this medium has to engage with our emotions.

His stories are some of the most touching to be found, where naive innocence faces the evil and the banality of the world. His art, too, runs the scale from light, expansive and uplifting t0 packing a brutal emotional punch. It’s rare for a comic creator to be able to balance deep themes and genuine emotion, but Lemire hits that target again and again and again.

Through all five of the stories below, Lemire examines themes of loss, family, innocence and violence. One of the most important of his themes, however, is the cross-generational impact of a person or group’s actions. In each of these stories Lemire portrays his characters suffering from the fallout of decisions made and actions taken years before their own birth. 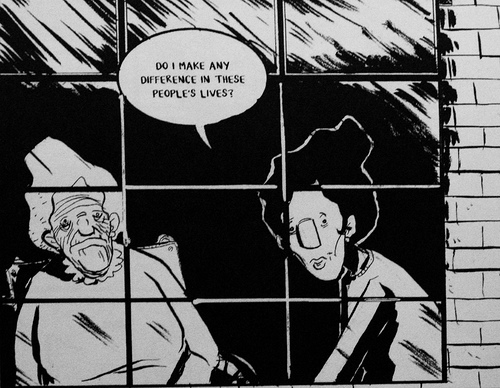 Named for Jeff Lemire’s own birthplace, Essex County is comprised of three interwoven stories telling the tales of Lester, a young boy mourning the death of his mother and seeking refuge in comics and fantasy, Lou, an old man looking back at his life and the mistakes he’s made, and finally the duel tale of Anne Quenneville, the county nurse and her ancestor Sister Margaret. These characters are bound by ties of family and circumstance, but are still both emotionally and geographically isolated. Their actions are prescribed by the march of events and circumstances over which they have very little control. Lemire uses thick black inks to give his pages oppressive weight and add to the heavy physical presence of the setting.

As the story progresses, the reader learns more of the decisions that have led to the current state of affairs - Lester, the innocent heart of the story, has been left suffering and alone. There’s also light in this book, found in the touching portrayal of characters that do care deeply for one another, even if they can’t always express it. 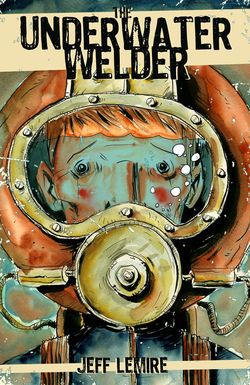 In contrast to the ranging generational viewpoint of Essex County, Underwater Welder tells the much smaller story of Jack, the titular welder, who is forced to confront his continued grief for his father’s death as he steps into fatherhood himself. The generational consequences are much clearer here, as Jack’s father was emotionally absent long before his death, and Jack similarly isolates himself from his wife and unborn child.

Lemire exploits the metaphor of being emotionally submerged through his artwork, using murky grey washes that surround Jack on land as well as in the sea. In Underwater Welder, Lemire offers a close look at unresolved grief and how it can separate you from those around you, but with the promise of new life, this book ends on a note both uplifting and life-affirming.

Currently being published by Image comics, Descender is the only story on this list that doesn’t have art from Lemire. Instead Dustin Nguyen brings his beautiful watercolours to the story of Tim-21, a boy robot alone in the galaxy. Straight from the title alone it’s clear that Lemire is working in the theme of generations. In this case, it’s the robotic descendants of mankind that are suffering.

Once again Lemire plays this theme out in both the wider world of his story - where robots are systematically hunted and destroyed - and in microcosm, as Tim-21 encounters his own disappointing father figure; the creator of modern robotics, Dr. Quon. But in Descender, Dr. Quon’s failings aren’t met with anger, but with resignation. Lemire is clear in his stories that trying to alter the actions of the past is a fruitless exercise. The only choice is to condemn or forgive. In a series that stars robots and aliens, Lemire keeps the focus firmly on his continued examination of profoundly human questions. 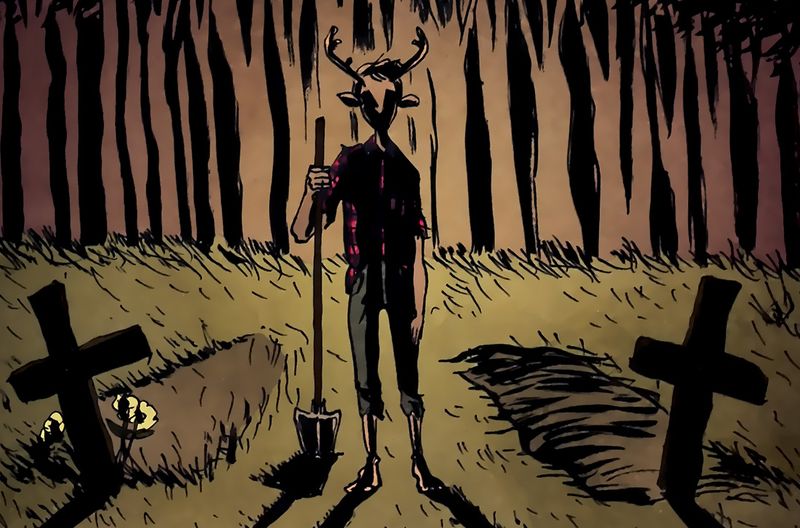 Sweet Tooth was a 40 issue monthly series, published by the Vertigo imprint of DC Comics, and in many ways, it brought Lemire into the comics mainstream. Sweet Tooth takes the idea of cross-generational consequence global. It is set in a post-apocalyptic world, where much of humanity has succumbed to a deadly virus. At the same time women give birth to children born with animal characteristics; horns, antlers, snouts and mutations far more extreme. This physical affliction is the visual expression of the sins of the father being visited upon the son.

Gus, the innocent boy protagonist, born with antlers, has his own problems with fathers, biological and chosen, and so the cross-generational argument is played out both in micro and macro throughout this epic tale. Gus is the heart of Sweet Tooth and in many ways the book is an epic coming of age tale played out against a decades-spanning apocalypse. 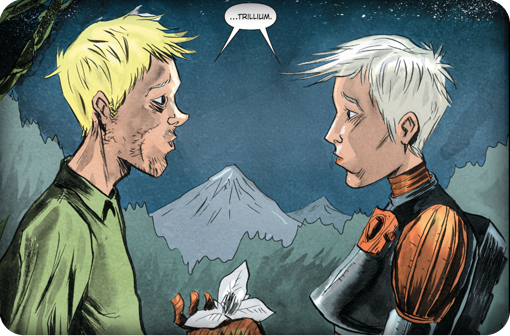 Trillium examines man’s expansionist tendency. In this series, also published by Vertigo, a scientist from the far future, where humanity has spread throughout the galaxy, is flung back in time where she meets and falls in love with an early 1900s colonial explorer. The far reaching potential future of colonial expansion is thrown straight into the path of the early days of Empirical conquest.

Not content with telling a cross-time love story that examines mental illness, family and colonialism, Lemire also uses this series to play with the comic book medium. Trillium requires the reader to go through chapters backwards, coming from either side and meeting in the middle and often reading upside down. The experience is tactile ,and having to move the book around like this both distances and engages the reader, heightening and enhancing the strangeness of the story while making the reading experience much more involving.

When not slaving away at his day job as the comics and graphic novels buyer forForbidden Planet, Jamie (@jjbeeching) is reading all the comics he can while desperately try to improve himself. Since graduating from uni and living in Hong Kong for a year, he has done nothing of note.

Jamie's back with more recommendations!

Canadian writer/artist Jeff Lemire is a comics creator whose work is bound together by a strong thematic consistency. Lemire really proves – as if there was still doubt – that comics are a serious literary medium, but he doesn’t forget the power this medium has to engage with our emotions.