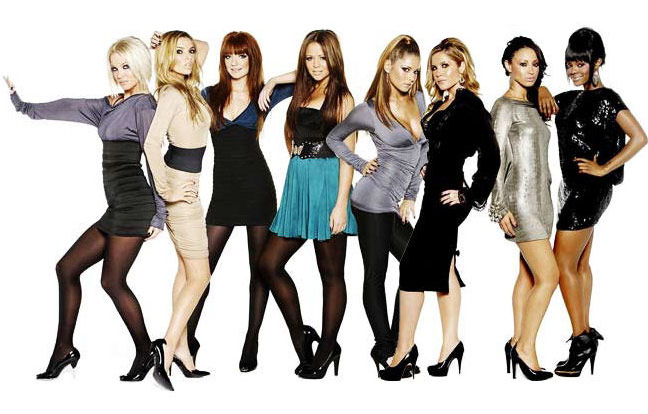 To me, this is the Franken-est of all the Frankensongs. And it’s not even directly about Frankenstein. Yet it’s about both Victor and the Creature. It also directly references the Hammer Horror films (as does another Kate Bush song, "Hammer Horror", which is about The Hunchback of Notre Dame), with the opening refrain of "It’s in the trees!/It’s coming!". Listen to it - imagine it to be Victor’s voice as he runs from his creation, the love he could not give, the coward who does not know what’s good for him, ashamed of running away.

Now imagine it to be the Creature’s voice - hiding in the trees, hiding in the dark, still afraid to be here but hunted by the hounds of love, always, always hunted. It’s eerie, it’s perfect and it’s so easy to imagine Kate Bush channelling Shelley.

And the lake, of course, is Lake Geneva. Obviously.

This is a terrible song, I know. But lead singer Carol Decker told the Guardian last year that, back in the band’s early days, when she and guitarist Ronnie Rogers had to huddle in sleeping bags to watch TV in the little dive they lived and worked in, she saw a TV documentary about Mary Shelley. She hadn’t read Frankenstein, but she’d seen the Hammer Horror film, but it was in Mary Shelley herself that she became interested.

"I got interested in her," said Decker, "this 19-year-old girl writing a pulp fiction hit that blew the essays and poetry of her contemporaries, and her husband Percy, out of the water." Decker wanted to write about Mary Shelley’s story within the Frankenstein tale and has straight up said that the message of the song is "be careful what you wish for", something that applies to Victor Frankenstein too, of course. I’m not certain what the song implies for Mary herself - should she not push for success? Are her dreams considered fragile? Why shouldn't she push for them? Because she’d lose Percy? Oh, he was an ass anyway.

Isn't this video the 80s-est thing you’ve ever seen?

I confess: I just discovered this song. After Kravitz was done being super cool (and so hot at the same time) in The Hunger Games, he went home to record the album Sturt, on which this track appears.

Apparently he named tracks before he wrote lyrics for any of them, which may or may not be odd, but what do I know about writing lyrics. He has said, however, that "he was a loving character, but he was also a monster. It's a great metaphor for misunderstood love". Now here’s the thing - was he talking about Victor, or the Creature? Has he made that common mistake of calling the latter "Frankenstein"? What does Lenny mean?

Here’s another one where the name Frankenstein may refer to the creature.

Alice Cooper is not a guy I can claim to understand, or one whose music I can …um, like. Frankly, half the time I have to remind myself Alice Cooper refers to just one guy and not a whole bunch of them. I started off thinking the line "I’m a local freak with the twisted mind/I’m a teenage Frankenstein" referred to Victor (because he was all of these things), but then the "these ain't my hands/And these legs ain't mine" refrain makes no sense… unless Alice is talking about the creature.

Either way, the "got a synthetic face" is definitely nonsense, given Victor made the creature out of organic body parts. But then Alice Cooper’s creature - on stage - is a strange mix of things, isn't it? Everything about this is strange. I see the Alice Cooper appeal... I do?

"Doing It All For My Baby" - Huey Lewis

This is just absurd. In one, seven-minute-long parody of monster films, Huey plays himself, Victor Frankenstein and his Creature. Dracula is around too. Igor, too, and some two headed dude. It’s just a huge 80s mashup of things. Huey is crushed under a car and the other band members leave and find themselves at Frankenstein’s castle.

Meanwhile. Victor has lugged Huey’s dead body back to reanimate into a creature. It’s all going swimmingly - Frankenstein even makes the Creature a bride, who appears to love him until Igor throws a switch and the creatures turns back into Huey. The Bride is most decidedly not pleased with this outcome. I mean…would you be? There’s only so much the power of love can do. It’s a curious thing.

This guy was a wannabe actor, spending his evenings singing with a band while waiting for his big break on screen. I’m sure it paid better than bartending. One night he did a Boris Karloff impersonation that was liked enough for him to stick with it… and make it into a song. The song itself is told by a scientist whose creature rises up and starts to dance. The dance is a massive hit - along with a few jolts from the scientists electrodes, and wins the hearts and boogie-downs of zombies, ghouls, Wolfman, Dracula and even his son. And don’t worry - they’re no threat. They’ve formed a band and are touring and everyone is welcome to do the mash.

That’s all good and well but my main concern is, what’s up with Bobby Pickett’s facial expressions?! Shudder.

This is a mad, mad synth rock number from the 70s in which Edgar Winter basically plays everything damn instrument he can, in every way he can.

Inspired by the Mel Brooks movie, not the book. Steven Tyler saw Young Frankenstein one night and, amused by Frankenstein imitating Igor’s shuffle because Igor has asked him to ‘walk this way’, Tyler stole the line for a song. As one does. Let’s not forget the Sugababes version of this, too:

Random end note: apparently Freddie Mercury sometimes came out on stage for encores dressed as Frankenstein’s creature. I’d kill for a video clip of that, but this is all my frantic searches could find...