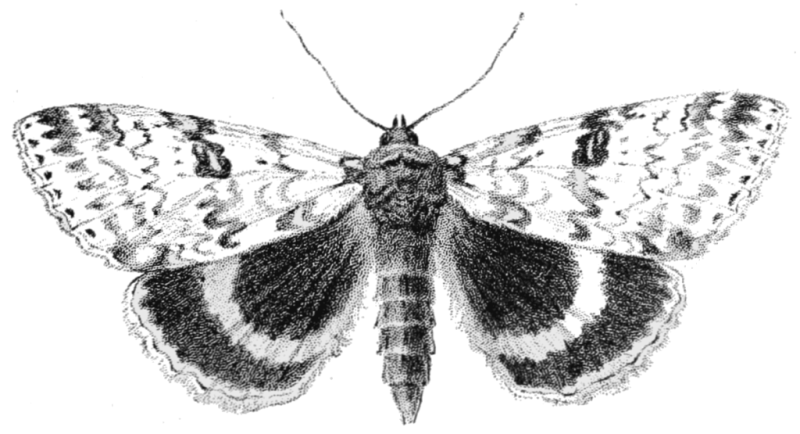 So if I was a smarter writer lady, I would say that I have chosen this radio drama because it is called The Insect and my first book has a title which features the word ‘insects’, thus making them one like the other so please buy my book. But. As I am an honest individual, I must confess that it struck me that the Tamil word for insect is ‘poochie’ which made the title of this The Poochie. So obvs here we go.

So a dude has received word of an invention that will amaze science. But will it amaze the girls? That is the question.

Oh and it will strike terror into the world.

Golly and that’s just the intro to the series.

They probably weren’t anticipating lady of colour in third world country writing about them in dishonourable fashion.

I am truly sorry, white people of the past.

If it makes you feel any better, Britain is no longer a part of the European Union.

I don’t know why I thought that would make you feel better.

MEANWHILE! George, who is a dude that resides within this storyline, has just received excellent news regarding his job. Way to go George!

He just said he is going to take his jet plane because it’s the future.

I am from the future and I do not have a jet plane.

I have been informed that I do not have a jet plane because I live in a third world country.

Someone from the first world should buy me a jet plane. Or adopt me.

So it looks like George will have to go for a meeting, in his jet plane, (which I don’t have. Just saying.) and this meeting may run late. And by late he means that he will probs be back the next morning.

George is having an affair.

Please let George be having an affair with his jet plane.

What if he’s having an affair with an insect tho?

If it was consensual, I would try my best to be supportive because I believe in equal rights. Because that’s what people from the future do.

George’s wife, who we will henceforth refer to as Gandalf, is scared to go into the laboratory because she is a woman, even though she is also Gandalf

This laboratory is filled with insects, specifically, a fly, a wasp and a spider that have been rendered larger in size by George because he is a budding scientific genius and also because why not.

George is hoping to really increase the size of these insects in the near future.

Why insects? Why not try to increase the size of donuts?

“Imagine a fly as big as a horse.”

George has just made a joke because apart from being a budding scientific genius, he is also witty as fuck

Also the insects are in cages. That’s not something you hear very often.

Sometimes you hear about people being in cages of the mind. But that’s not the same thing.

So Sam the spider is the only poisonous insect in the lab right now and Gandalf doesn’t seem to like him because Gandalf is fucking racist.

“Sam is a nice guy, he just squats and stares.”- is this line less awkward when the Sam in question is a human being? No it isn’t.

Now Gandalf is getting a well-deserved talking-to from George who is a budding scientific genius, witty as fuck and inspirational life coach.

I always thought I would make a great life coach.

I don’t know why I thought this.

I think it’s like how, for no good reason at all, I sometimes think I would be great at golfing. Or at being friends. Or at owning emus.

The fly’s name is Pete btw. In case anyone was wondering.

Now Bill has come with the groceries. And if I’m not mistaken, the grocer is named Mr. Ginkleheimer which is the best thing that has happened in this story so far.

Bill was also the name of that horse in LOTR.

There was no Ginkleheimer in LOTR.

It might not have been ‘Ginkleheimer’ at all but I’m too lazy to listen to it again.

Bill is now asking to take a peek at the poochies. This is how the story thing is going to happen in this story I guess.

Bill is now screaming for help.

There seems to be a six-foot insect in the lab. And it has wings. Also it seems to be waving but I don’t think Gandalf and Bill are waving back.

Gandalf and Bill are now backing away from this six foot insect because they are smart fellows albeit not very friendly.

Gandalf and Bill seemed to be locked inside the lab with this giant moth.

I was once in a crowded supermarket and there was also this abnormally large baby in it at the same time. It’s probably not the same thing though.

Cut to George’s meeting at the university where I think he is saying that he is making big insects with a machine that mixes light with electricity? I think?

Yes. It is called a Growth Ray machine.

So it looks like the moth was attracted to the Growth Ray machine because it glows and has a winning personality.

Gandalf and Bill are both worried that the gigantic moth may try to eat them.

They should also be worried that the gigantic moth may try to mate with them.

The only other way out of this room is via the window which is obviously located behind the moth.

The phone is ringing now.

The phone is no longer ringing.

Woah some weird noise! Was that the moth?

Oh it’s Gandalf’s feelings. Gandalf is having lots of feelings.

I guess we would all have lots of feelings if we were locked in a lab with a six-foot moth.

We would have very different feelings if we were locked in a lab with a six-foot donut.

Someone is screaming and the screaming is making the moth crazy.

Aaaand crazy moth has broken the glass cage of the poisonous spider which is now darting across the floor.

So there is now a giant moth sitting on the bookshelf and a giant spider near the sofa, “like a fuzzy ball of death”

If I had a lab I would probs have a sofa too I think. I would also have a candy machine. And an assortment of smoked meats and cheeses. And a nice lamp.

Meanwhile! George is trying to call home again but no one is picking up because they are being held hostage by a gigantic moth.

Doubt has now crept into George’s mind. And doubt can be a powerful thing.

Remember that MC Hammer video for ‘Pumps and a Bump’? Remember how awkward that was for everyone? Remember?

MEANWHILE! Oh I think the insects don’t like sunlight so I guess they are vampire insects. Or they have some kind of sun allergy.

They are now contemplating violence against the spider and have procured two weapons and each has taken one weapon but they have not specified what these weapons are.

Illustrious acquaintance suggests that the weapons are bewbees.

I think the spider is now rushing forward to greet them.

So there were footsteps which I guess were the spider’s. And then I don’t know what happened.

George is now confused as to why the phone rings and then stops ringing with no one picking it up in the interim period.

Nono it was the hem of Gandalf’s skirt touching Bill’s leg.

Things have gone well for George at the university. Way to go George!

MEANWHILE! The moth is on the couch, trying to be sexy but not too sexy

Bill is going to try and get to the window. He is giving us a blow-by-blow commentary of this procedure because this is radio

OMG THE MOTH IS ATTACKING BILL

I think Bill is dead.

Also I think George is home finally. Now he can find the destruction that science hath wrought

Sorry no, the moth is dead and Bill is alive. Well that’s nice.

Maybe not for the moth though.

So apparently this massive moth has no mouth and doesn’t eat. Which somehow makes everything worse.

It died because it can’t live for more than six hours without sunlight.

So basically gigantic moth with no mouth that only lives for six hours.

That is rad as heck

Isn’t there still a large spider on the loose? Are we not worried about that? Ok then.