Pornokitsch
Reviews Books Comics Film Fiction Index
Radio Drama: "The Insect" (1950)
Hate by Peter Bagge, or, Buddy Bradley is You and Me 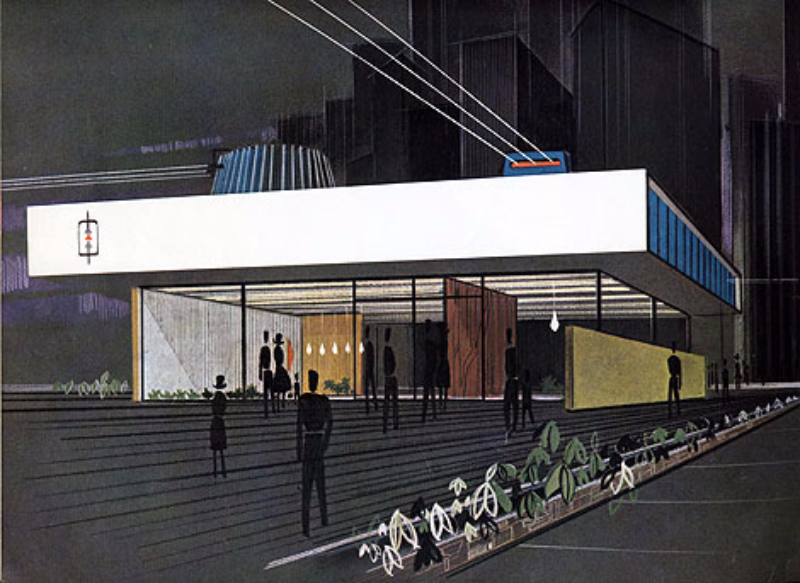 Terrific - and thorough - piece from Electric Literature that explains the basics (and not-so-basics) of book sales. Also immensely helpful at demystifying some of the bollocks:

Actually, one of the things that makes the conversation about book sales so confusing is that there are several different numbers thrown around, and often even people in the publishing industry completely confuse them.

Also on sales figures, Amazon is running out of worlds to conquer:

Research has shown that one in three online shoppers purchasing entertainment merchandise did so through Amazon. In the 12 weeks leading to July 3, Amazon has reported its largest share of the entertainment market outside the Christmas period. Their sales share rose 0.5 percentage points to 23 per cent of the market share.

As another UK small press throws in the towel, Adele from Fox Spirit discloses the harsh reality of running a small press:

Running a small press occupies most of my free time and most of my disposable income. It’s a labour of love and boundless hope and optimism and waking up at 3am worrying about the costs of the latest thing and the lack of sales for my authors and whether the last book went out with typos we’d missed and a million other small things.

She mentions Brexit by the way - Adele and I were both quoted in The Bookseller recently, talking about the impact of leaving the EU on the UK's small press industry. That was pretty fun. (Sadly, paywall, so assume I say Very Intelligent things.)

So I'm admittedly unusual for a blogger (but not a viewer) in that I didn't hate Suicide Squad. But I didn't actually like it much either. My hot take: it was totally average. So why do we all care so damn much?

The Atlantic tries to answer a related question - "What's wrong with DC's movies?" - and spins out some interesting hypotheses, including:

Marvel has ultimately been successful because the studio has something the DC films so far have seemingly lacked—a honcho who oversees each work every step of the way, in producer Kevin Feige. Though directors are in charge of their own projects, Feige has shaped the whole franchise’s storytelling direction from the very beginning, lending an air of stability to the endeavor.

I'm not sure I agree. On several levels.

First, I'm not sure I agree with the question presented. I absolutely think DC's overall cinematic output is pretty appalling. But they're minting money. I'm certainly not on board with the 'boycott Rotten Tomatos' fanbeard tantrum, but I do think there's there's some sort of vast gap between 'the folks paying to see the DC movies' and 'the folks writing lengthy and excoriating articles about them'.

DC movies are cinematic Brexit. They don't make sense, they fly in the face of logic, and if you polled Twitter, it'd be 98% against. Yet, somehow, despite our many hot takes... they happen.

More specifically to the Atlantic argument, I don't particularly think the DC movies are vision-less. Again, I think there's a compelling argument that Zach Snyder is the cinematic antichrist. But it is clear that the movies are interlinked, are building somewhere, and have a clear narrative and (heavy-handed) thematic arc. They're grimdark superhero movies; ponderously, pretentiously examining the conception that superheroes are deeply flawed. Which, fine, whatever. I personally hate it, but that doesn't mean it doesn't exist.

It is also important to note that we're not watching - or, more relevantly, talking about - comic book movies like we talk about other action movies. The shared world, the universe-building, the mythos means that we're taking them much more seriously, and discussing each and every one like they carry the entire weight of their four-colour predecessors. This is especially true with DC, where Batman and Superman are the two most iconic superhero brands. More people have preconceptions of Batman than all the Avengers combined.

However, is that reflective of how the broader, movie-going world is actually seeing them? Remember, far, far more people have seen Man of Steel than have ever read a Superman comic. More people own Batman's logo on a t-shirt or a keyring than on a comic book. Reviewers see these movies as a cruel betrayal of the comic book history. The vast majority of movie-goers don't have - or care about - that history.

And for something like Suicide Squad, the bulk of the viewers just saw it as a generic action movie. Reviewers, professional and blogger (who are coming at this as comic book fans), are reading much more into it than - you know - real people.

And, you know what? Age of Ultron still sucked.