"The Willoughby Obsession" first aired in 1980 on Nightfall.

Hallo dears. Today I have decided to listen to something called "The Willoughby Obsession" from Nightfall. This show might be exciting because ‘obsession’ is a very exciting word and so is ‘Willoughby’. Due to racism, I also believe that this will be Downton Abbey, Dr Who and Call the Midwife all mixed together. I’m not sure if my Indian culture will prevent me from understanding all the words. It probably will.

Oh this sounds a lot clearer than the other one :) :)

What is the opening sequence dude saying exactly?

‘In the dream. You are falling. Lost in the listening distance. As darkness. Locks in. Haaaaaaaaaaa. Nightfall.’

What is the listening distance but?

A lady is singing a sexually suggestive song in a sultry manner while splashing water. My Indian culture is suitably offended by this by golly

Some dude just said ‘making your body sweet for him my dear? lol

Anyway, said dude was Charles and he is outside the locked door which seems to be a great place for him to be

The sexually singing lady said ‘what do you want’ and he said ‘retribution’. Really he said that.

Why is that so funny?

The next time someone asks me what I want, I am going to say ‘retribution’.

These are things we all want I guess

She’s like oh go away Charles and he called her Lorena my lovely faithless wife, thus establishing premise and the characters and all things like that

Is that a chainsaw? Already?

She just said ‘not in the water Charles’

Is this the first thing one says to someone who is wielding a chainsaw over oneself while oneself is in the tub?

And said someone is inside and also outside?

Anyway so Lorena seems to be dead now (RIP, we hardly knew ye) and Charles is talking so I’m guessing he dropped the mysterious whirring object into the tub while being inside and outside at the same time

Now cut to another dude who is flummoxed to hear Charles in the car with him.

Dude’s name is either Thornton or Faulkner

What is Charles actually? Is he a feeling?

Charles is giggling and saying the power is mine

Now he is not giggling

And also I think Charles The Feeling also died

Some other dude is talking now, I guess he is a police fellow? And he’s like there are a lot of answers that don’t have questions which seems like a cool thing to say

He is convinced there is something mysterious about Willoughby 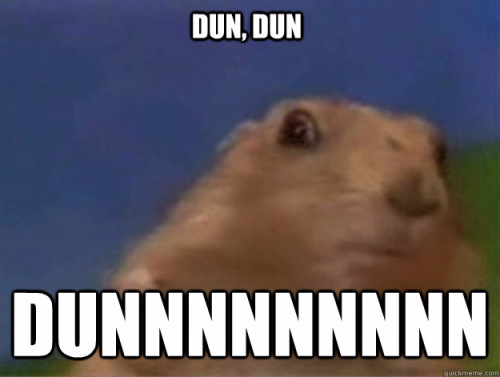 I don’t want to listen to the rest of this

I’m going to listen to the rest of this later

That was not the right place to use that pic sorry

MYSTERIOUS SOUND!!! Although I didn’t hear anything tbh

Drunk man has entered some mysterious room (possibly a distant relation of the MYSTERIOUS SOUND!!!) and is now talking to a picture because that’s one another thing that drunk people do

Ok so I’ve been thinking that was a kettle when it was actually MYSTERIOUS SOUND!!! sorry

Drunk man is being killed by the MYSTERIOUS SOUND!!!

Ok this is a police inspector now talking.

It is the aforementioned reporter and a police officer. Their names are Paul and Walter respectively but I might be wrong also. It is always important to know people’s names because they are human beings with identities

Ok wow so that before guy? Thorntonfaulkner? The one who died in the car? He would get tickets for driving too slowly and as I type this I see that I shouldn’t be typing this because it’s stupid

Oh and he was Charles The Feeling’s secretary.

That’s what I really meant to put down.

Charles The Feeling apparently made secret plans to sell his business and bought a ticket to Calcutta.

Why Calcutta? Why am I scared? Is it racist to be scared about this?

Maybe he has family there anyway I don’t know

Hai im back and I am going to listen to the rest of this right now.

Now I’m really going to listen to the rest of this for real.

Now for real though.

Did I mention there is a ghost in here? Ya there’s a ghost

The bathroom apparently looks like a Turkish brothel but I don’t know what that means because I’ve never been to one. I somehow feel like they wouldn’t let me in.

Ok it wasn’t a chainsaw that killed that lady from before, it was an electric razor my bad y’all

THESE ARE THE FUCKING DUDES

Oh don’t do this to me

THE LIBRARY DOOR WAS OPEN!!!

WHY IS THIS IMPORTANT!!!!

Ok now someone has wheezing and is reciting nursery rhyme

And now he is dead

Oh what the fuck

Ok idk I believe Charles the Feeling developed evil magic yoga powers, possibly through a mail order yoga class conducted by someone named Deanna who is the worst person ever

Aaaaaand they are now going to defeat all this with good old fashioned Christian prayer!

So one friend of mine who is Hindu went to a Christian school in his youth and he liked the hymns so much that once when he went to his grandmother’s house he started singing them and she did numerous special prayers and things and was very upset because she thought he was possessed by idk Christianity? I guess? We usually hear that story the other way round, no?

MYSTERIOUS SOUND!!! has been replaced by a ticking clock! This is very significant!

"The Willoughby Obsession" first aired in 1980 on Nightfall.

Hallo dears. Today I have decided to listen to something called "The Willoughby Obsession" from Nightfall. This show might be exciting because ‘obsession’ is a very exciting word and so is ‘Willoughby’. Due to racism, I also believe that this will be Downton Abbey, Dr Who and Call the Midwife all mixed together. I’m not sure if my Indian culture will prevent me from understanding all the words. It probably will.