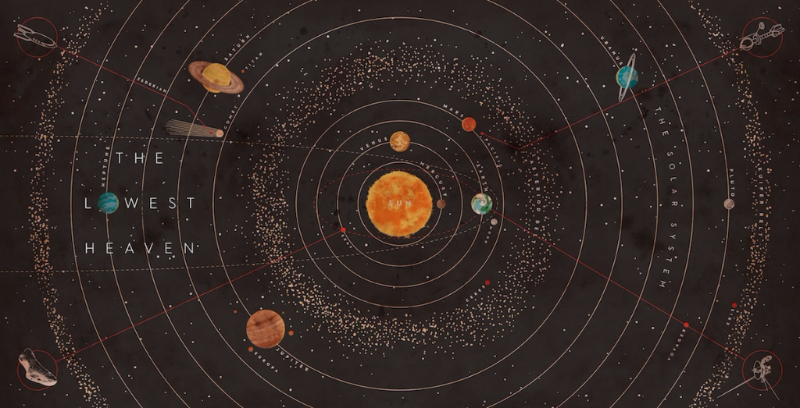 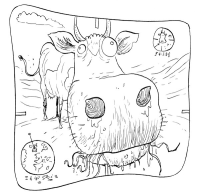 It would be hard to mistake Martin’s paintings for anything other than what they are: mid-Victorian kitsch. They’re huge, bombastic, and faintly ridiculous: streaks of lightning tear out of towering clouds, piled up against lowering black skies, looming forbiddingly over desolate, craggy landscapes, though which rivers of lava bubble and fizz – usually all in a single painting – with only tiny figures, cowering before a wrathful God.

They’re huge, ambitious messes of scale and eschatological fury. They are, in a word, awesome. Not just awesome in the old fashioned sense of ‘awe-inspiring,’ but in the distinctly modern sense of, y’know, totally rad.

Tate’s decision to frame Martin’s paintings as an exploration of apocalyptic narratives was brilliant; the world was at a weird place in the autumn of 2011, and ready to consider the end times, in whatever form. Lehman Brothers had collapsed three years earlier, the Conservative/Lib Dem coalition government had signed the austerity programme into existence the year before, and London had just experienced five days of rioting, only two months before the exhibition opened. Things felt bad, on the large scale and the small. 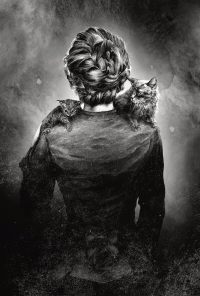 This was the world into which Jurassic London was born. With Pandemonium: Stories of the Apocalypse, Jared and I launched ourselves feet-first into the world of small-press publishing. We didn’t really know what we were doing, but we were confident we could figure it out. We made a seemingly endless series of mistakes:  (it turns out that high-grade glossy paper stock is a) very expensive, b) very heavy and c) not actually great for non-illustrated short fiction publishing); edited Apocalypse during a week-long family holiday (Jared’s sister has nearly forgiven us); and launched without physical copies, thanks to an eensy timing snafu (aka “not paying enough attention to how long it would take to actually print the damned things”). But at the end of the day – a day several weeks after our official launch – we were cluttering up the house with boxes of a book we’d made. An actual book. 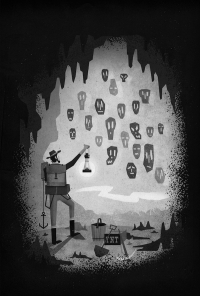 Five years later, Jurassic has published almost fifty books. That’s thousands upon thousands of pages of stories by over a hundred authors, with art by a dozen artists, which have (so far) raised more than £8,000 for charity along the way, which is a hell of a history. Especially given that Jurassic London lost fully half of its staff after the first year, when one of the two of us (me!) leveraged her experience founding a small press to get a job in traditional publishing.

If, five years ago, we could have chosen how we’d end Jurassic, The Extinction Event is exactly what we would have wanted: it’s big, bold, brilliant and beautiful. It contains 33 stories, some from previous publications and some which are entirely original, and features new art from nine artists. In Extinction you’ll find apocalypse, bombast, lightning and lava. You’ll also fine joy and sorrow and laughter and misery, cowboys and werewolves and mummies and spaceships… and, for some reason, rather a lot of spiders.

It is a fitting close to a publishing house that began life by telling stories about the end of the world.

John Martin would be proud.

All Jurassic London books go out of print at the end of this month.