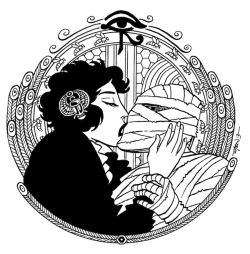 That was only one of the many, many problems that plagued Apocalypse. In our enthusiasm, we broke the bank to print on the finest paper we could afford. Our then-printer cackled and let us go unchecked, presumably laughing all the way to the bank. As a result, the anthology is published on what is best described as photo paper, normally reserved for fancy-shmancy art prints. It looks stunning, but is nearly impossible to read, and has the density of some sort of terrifying astronomical object. The book is illegible and spine-breakingly heavy. Pun intended.

When it comes illegibility, however, nothing quite tops the cover of our second anthology: Stories of the Smoke. Silver gilt on a light gray cover is, as it turns out, less “dramatic” than “invisible”. In our wisdom, we also marketed Stories of the Smoke as “Dickensian alternate history” rather than, say, “steampunk” – which, in 2012, was the magic word for summoning sales. 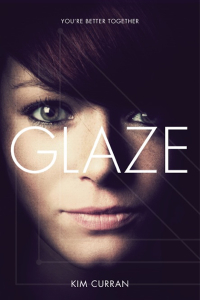 Smoke is also notable for two impressive typos. One was on the dedication page, which is particularly embarrassing. And the other was a single letter – printing “not” for “now” in the final line of Adam Roberts’ “Martin Citywit”. The story is reprinted – correctly - in this volume, so you can admire how one teeny letter can, amazingly enough, derail the 10,000 words preceding it.

For Lost Souls, we were back on familiar ground: we screwed up the launch again. The Pillars of Hercules and The Hercules Pillars are, as it turns out, two different pubs. We booked a room in one, and dutifully invited all the guests to the other. Never has an anthology been so aptly titled.

The problems surrounding A Town Called Pandemonium, I hasten to add, weren’t entirely our fault. As a shared universe, we were incredibly rigorous about organising, editing, continuity… only for our printer to refuse to print the book. Not on moral grounds (sadly), but they were very busy and, oh so sorry, but they just weren’t going to deliver. Ever. As result, we – again - had a much-touted hardcover edition that was – again – subject to mysterious and unquantifiable delays. 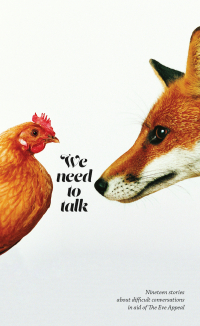 The following year we did – inadvertently! - trigger a moral panic. Our first collaboration with the Royal Museums Greenwich, The Lowest Heaven, was going swimmingly. Until, perhaps two weeks before launch, someone at the venerable, all-ages, and family-friendly institution noticed the rather adult language contained in one of the stories. “The Case of the 39 Fucks” embroiled poor Marek Kukula (who, as Public Astronomer, probably has better things to do…) for weeks.

Irregularity, our next collaboration with the Royal Museums Greenwich, was notably fuck-free. It was also, however, bound in unicorn. At least, so it felt. In our Quixotic ambition to create an “authentic” 17th century volume, we instigated a complicated production process that – again – took us until the very eve of the launch.

…which should’ve been a familiar scenario. Because, prior to Irregularity, we’d published The Book of the Dead. Again, our enthusiasm running far ahead of practical considerations, we’d decided (and, unfortunately, declared) that the limited edition would be mummified. Naively determined to bring our dream to life, Anne and I showed up at the Egypt Exploration Society with a vast roll of linen, a pair of scissors and four crates of books. This time it was John J. Johnston, Egyptologist and then Vice-Chair of the Society, who bailed us out, kindly spending a dynastic age with us, as we cluttered the EES’ gorgeous library with our impromptu arts and crafts. 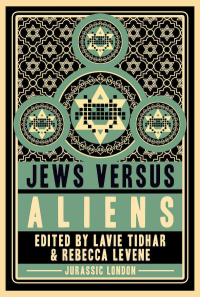 But, as much fun as it is to wallow in our mistakes, it was the most fun I’ve ever had.

Apocalypse had a book launch without a book – but it did have a cake. The crazy, idiot writers who foolishly trusted a debut publisher with their stories banded together and made us a cake. That ridiculous, impossible book somehow managed to launch itself without us, and sold over a thousand copies. Even the hardcovers – with their Adamantium paper – now change hands for ridiculous prices.

Smoke had an invisible cover – and it sold out within days. Many of the stories came through open submissions, from writers who have gone on to do incredible things. The launch was one for the ages: a gloomy, cavernous basement, packed with authors and family and wonderful strangers. There was an inflatable walrus! Knitted pigeons! And, yes, Adam Roberts’ story had a damn typo in the last line, but, it was a story from Adam Roberts. We’d arrived. 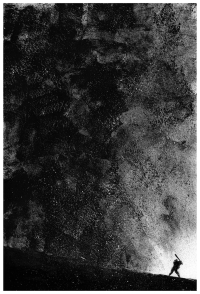 Our first printer was awful – but we found a new one to finish A Town Called Pandemonium. And they were better. Much better. They saw real potential in our books and would –  kindly – offer advice whenever I went haring off in the wrong direction. We produced some glorious designs together, supporting the artists with the little touches of class that never would’ve been possible without them. Our books are featured on their website as case studies, which, given their prestigious range of clients, that’s high praise indeed.

The universe of Pandemonium lived on throughout both editions of Town, a half-dozen chapbooks, and even some cocktails and a chili recipe. It was messy and ambitious, but we – dozens of us! – banded together and built a world, and that’s no small achievement.

The Lowest Heaven did have 39 “fucks” in it – and some other, naughtier words too. But it also filled a hall in the National Maritime Museum for its launch, and Matt Jones’ cruel, cliff-hanger of a reading sent people rushing to the gift shop. It was a science fiction anthology that somehow picked up accolades not only as science fiction, but also fantasy, horror and literary fiction (we tried for crime – no dice); a book that now proudly sits in the collection of the Royal Observatory itself. 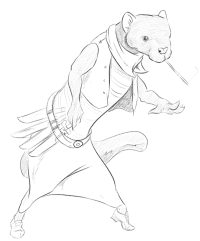 Irregularity. Those ludicrous unicorn-bound books were a nightmare – but they showed up in the end, and are now gracing the shelves of scarily serious collectors. And if you’ve never heard Rose Biggin read “A Game Proposition”– her voice echoing off the National Maritime Museum’s collection of figureheads – well, I’m sorry for you. Because that was a reading.

And, sure, wrapping a hundred books in linen is an extraordinarily silly idea, and it did take us half the night. But The Book of the Dead is gorgeous, and when we sealed the last one – with a cast we made of the official seal of the EES, no less – we knew we had made something special.

The list of memories – the ones that will linger – goes on and on. The first time we saw a Jurassic London book on Amazon. In a bookshop. At a book signing. In the British Library. In translation.

Absolutely, we did so very, very much wrong, but somehow it worked out in the end. We’ve not only made a small shelf of (genuinely terrific) books, but a library of wonderful memories. 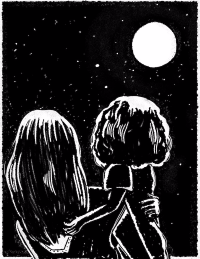 Ultimately, publishing is about taking credit for other people’s work, and Jurassic London is no exception.

Thank you to the writers, who trusted us with their work; the artists, who brought it to life; the editors, contributors, formatters and proof-readers who made everything excellent; the partners, who donated their time, expertise, and enthusiasm; the booksellers who carried our books, the reviewers who praised them and the awards that took them seriously.

Thank you to the friends and family that lifted boxes and spirits alike, and were always, generously, there for us.

And a final thank you to everyone – especially the readers. You generously contributed to the illusion that we knew what we were doing. We couldn’t have done it without you.