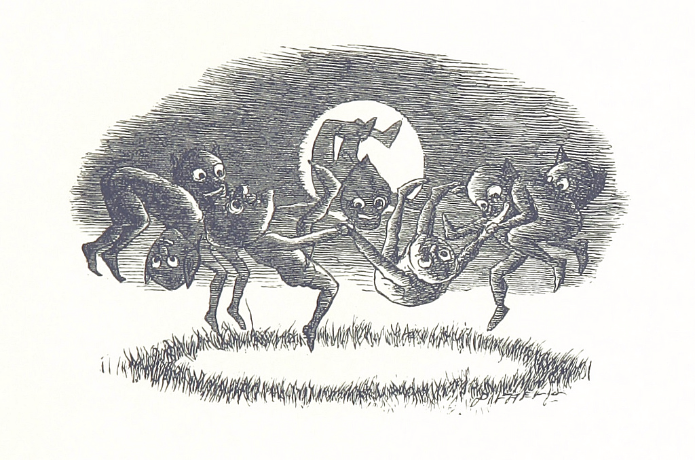 Anne Jefferies was nineteen years when she first encountered a world only she could see. It was customary in 1640s Cornwall for the wealthiest families of the parish to take on the children of the poor, training them for service until the age of twenty-one. It was a lonely life, but nowhere near as bad as penury, and Anne knew it. She was taken from her pauper father to work as a live-in servant with the Pitt family. Moses Pitt, the eldest son, later reported that Anne was a spirited girl, tomboyish, but otherwise unremarkable.

That was until she pierced the veil.

Knitting alone in the Pitts’ garden one afternoon, Anne looked up to find six small men in green peering at her through a hedge. When they advanced towards her, Anne was so frightened she fell into a fit. The Pitts brought the unconscious girl inside, thinking it was nothing more than a teenage swoon, but when Anne came to, she was hysterical. “They are just gone out of the window! Do you not see them?”

Anne used religion to cope with her strange experience. For a while, the world seemed ordinary again. But the green men weren’t finished with Anne. Walking in an orchard one day, Anne was again accosted by the six small figures, warning her that Missus Pitt had injured her leg in the mill, and that Anne must rush home and lay hands on her mistress immediately. Sure enough, Anne found the old woman bleeding. She then performed the first of countless miracle cures that would propel her to national fame.

Although the healing brought money and admiration, Anne’s newfound powers came at a price. The green men called for her, forcing her to enter their invisible world for hours on end, dancing with them in the orchard. She could no longer eat human food, except on Christmas day. The Pitt family reported she spent more time in the unseen world than with them. The girl was slipping away.

Anne’s story was reported as fact in Phoenix Britanicus in 1732. Folklore is littered with similar tales: ordinary young people swept away from the mundane to fulfil a higher destiny. For fans of fantasy, Anne Jefferies’ story is a familiar one. Portal fantasy, the kind where the protagonist steps through into another world, is one of the genre’s most beloved subcategories. Every child knows Alice falls down a rabbit hole to Wonderland. The portal itself can take any form – a wardrobe, a wall between railway platforms, a bedknob – but the fundamentals remain more or less the same. The protagonist is generally an everyman figure, taken to another world separate from this one to fulfil their destiny. Narnia, Peter Pan, Otherland, Labyrinth, Outlander, and Harry Potter all follow this basic framework. 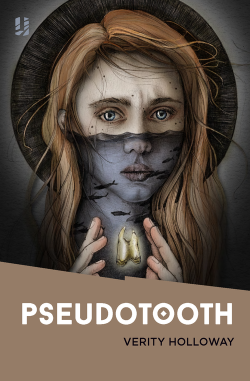 Tolkien once wrote, “Why should a man be scorned if, finding himself in prison, he tries to get out?” This basic premise of all childhood daydreaming is the fuel of portal fantasy, which goes some way towards explaining its perennial popularity. For writers, the trope offers delicious freedom. The possibilities for world-building are endless, sprinkling the imaginary landscape with crumbs of the protagonist’s own dreams, fears, and memories. Add to that the adolescent drive to escape, and a protagonist can then be put through the mill. But where portal fantasy differs from quest fantasy in that the addition of the portal allows the crux of the action to sit outside the fantasy world.

In Anne Jefferies’ case, the green men came to her aid in the end. One day, they warned Anne that a magistrate was coming with a warrant for her arrest, but she must not resist. Locked away in Bodmin Jail with no food or water, Anne’s captors expected her to admit her powers were nothing but fraud. But Anne’s invisible friends kept her alive with their fairy food for so long, the magistrate declared she must be magically gifted. Too gifted to toil away as a servant. He freed her from her bond with the Pitt family, allowing her to live in financial comfort as a miracle healer for the rest of her days.

Like Harry Potter, the Pevensie children, and Coraline Jones, Anne overcame her circumstances thanks to her interactions with creatures from another world. Her story is about escapism, but crucially, engagement with the dissatisfaction of her everyday life. And who doesn’t want to break away from the mundane? In this way, portal fantasy makes a pact with the reader. Instead of mentally escaping to a world utterly disconnected from this one, portal fantasy consciously points to the reader’s own desire to be whisked away from the daily commute and singled out as important. Think of The Neverending Story, cutting between the young reader and the characters of the dream world he so longs to inhabit.

The portal trope offers a strange anti-escapism, especially as these stories often tell us things we know but don’t want to admit. Adulthood is unavoidable, not matter what Peter Pan says. The Swamp of Sadness can kill. There’s no place like home. If the subconscious is another world with a language of its own, we need a door to enter it. The portal grants permission to unlock a protagonist’s latent knowledge and specialness. Perhaps that’s where the perennial popularity of portal fantasy lies: that it offers not simply an escape from reality, but the chance to view it anew, and maybe even conquer it.

Verity Holloway's short stories and poems have been widely published. Her new novel, Pseudotooth, is published this March from Unsung Stories. You can chat with her about portals (and more) at @Verity_Holloway.

Image via the British Library.

Anne Jefferies was nineteen years when she first encountered a world only she could see. It was customary in 1640s Cornwall for the wealthiest families of the parish to take on the children of the poor, training them for service until the age of twenty-one. It was a lonely life, but nowhere near as bad as penury, and Anne knew it. She was taken from her pauper father to work as a live-in servant with the Pitt family. Moses Pitt, the eldest son, later reported that Anne was a spirited girl, tomboyish, but otherwise unremarkable.

That was until she pierced the veil.