Home to heroes, too. 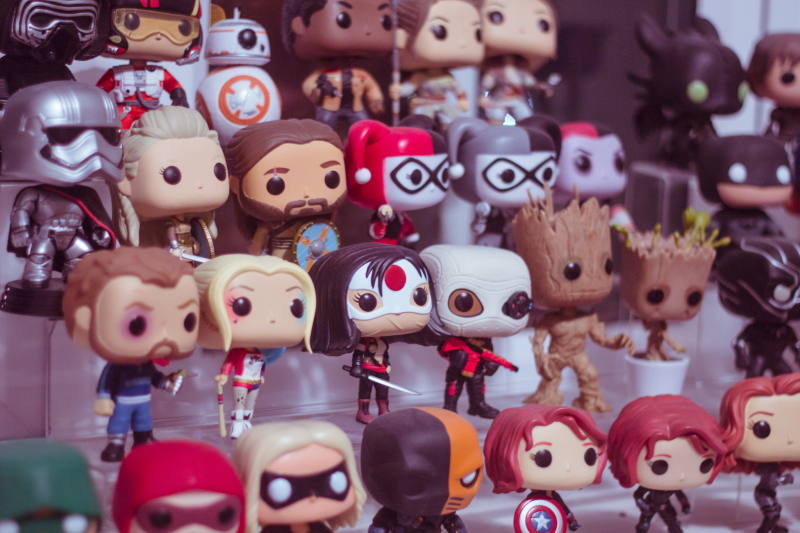 Funkos are, by definition, impersonal. They’re the poster child of mass-produced fandom, different paint jobs slapped around the same standard-issue skeleton. So it strikes me as funny that I can’t find a way to write this post that isn’t personal. Bear with me, I promise it’ll come back around to lovable kitsch.

Let’s rewind to 2014, a few months after I self-pubbed The Long Way to a Small, Angry Planet. My wife and I were living in Reykjavik (her hometown), and we were right on the screaming edge of going broke. I remember sitting on the couch, holding her hand as we stared at the budget spreadsheet I’d checked a dozen times over, fueled by panic and a bellyful of pasta I’d found some inventive new way of seasoning. She worked full-time, but her pay wasn’t enough for two, and my writing career was bleeding out. Online publications paid peanuts, if anything. My technical writing bread-and-butter had vanished. The book had sold just enough to make back the money I’d spent on cover art. Two more months down that road and we’d be in the red. Simple arithmetic. To up the ante further, all this was happening right after the Department of Homeland Security had approved our initial green card eligibility check. The next step was for me, the petitioner, to prove financial stability (in other words: “we promise this immigrant won’t go on welfare”). We were stuck, good and proper.

I’ve moved a dizzying number of times by now, but nothing compares to that last uprooting. A month after the hand-holding budget talk, I was back stateside, staying with my parents in Los Angeles while I hunted for work. My wife packed up our stuff and moved back in with her mom, waiting in a holding pattern until I found a way to save our bank account and satisfy my government. No pressure.

I got a job two months later — a real, respectable job as a full-time technical writer, with benefits and the whole shebang. Best of all, the office was up in wine country, a corner of California we were both fond of. I knew absolutely no one there and had never been to that particular town, but so what? Benefits! Insurance! Money! At last, I would shed all my artsy bullshit and become an Adult, someone with a 401K and more than two pairs of shoes and no worries about anything ever.

It was six more months before my wife got cleared by immigration. Six months in a town where everyone was a stranger and every street was unknown. Contrary to the fact that I’ve hopped zip codes a lot, I’m a homebody at heart, and kind of shy to boot. I don’t know how to do that thing other people do, the thing where you just walk into a bar or a…a yoga studio? A dance…club? I have no idea where normal people meet other people. All my friends are folks I know from college or who I met on the internet. And social quandaries aside, I’d never had a corporate job before. I wasn’t sure about my clothes, my jokes, my response to “where do you see yourself in five years?” Don’t get me wrong, everyone at my new job was super nice. My boss was great. My coworkers were great. My work was easy. It was ideal.

I was scared out of my mind.

I reached for my favorite stories in response, as I’ve always done, and I clung to them hard. In the same vein, I knew my desk at work needed decorating. I feel comfiest when I’ve got some color around me, and dogged though I was to Look Professional, I’d gauged my coworkers well enough to know they’d approve. Still, as the new employee, I didn’t want to push the envelope with an explosion of action figures or some such. I aimed for inoffensive cheer, something that would signal my interests without costing too much.

A couple days later, Captain Picard and Peggy Carter arrived in my mailbox. They felt like bookends, a then and a now. A legend from childhood, a hero I embraced as an adult. I sat holding those dumb plastic tchotchkes, those vanilla facsimiles. I instantly loved them. The tangibility was what I liked best, the physical reminder of the kinds of people I wanted to emulate. Captain Picard had taught me the value of diplomacy, patience, accepting the frustrations you cannot change. “It is possible to commit no mistakes and still lose,” he’d once said. “That is not a weakness. That is life.” And Peggy Carter — clever, courageous, capable Peggy, who never stopped fighting the good fight, not even with her heart torn out and a thousand indignities ringing in her ears. “I know my value,” she’d said, speaking the words emblazoned on countless t-shirts and Tumblr posts. “Anyone else’s opinion doesn’t really matter.”

So, okay. The months ahead would be hard. I’d be afraid. I’d be stressed. But I’d get through it. My imagination was imploding with fear, but it was home to heroes, too.

My two new buddies took their places on opposite sides of my monitor stand the next day. “Cute,” my office manager said. She knew one of them was from Star Trek. She didn’t recognize the other. She smiled anyway. That made me smile, too.

This week we're focusing on Funko Pop! toys, and joined by some special guests. Follow along here. And chime in with your own Pop! stories and photos at @pornokitsch.

Home to heroes, too.

Funkos are, by definition, impersonal. They’re the poster child of mass-produced fandom, different paint jobs slapped around the same standard-issue skeleton. So it strikes me as funny that I can’t find a way to write this post that isn’t personal. Bear with me, I promise it’ll come back around to lovable kitsch.