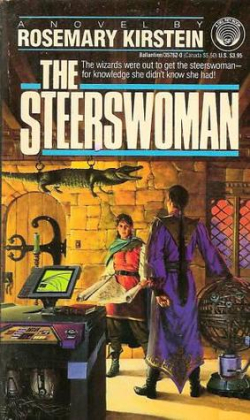 Rosemary Kirstein's The Steerswoman (1989) is a thoughtful fantasy - a lovely example of an epic story driven by brains over brawn, and wit over magical destiny. Rowan is a Steerswoman - a sort of knowledge-seeker that pursues the truth at all costs (including a sacred vow to never tell a lie). She's passionate and curious and a deeply endearing protagonist. (Plus, it would be an amazing D&D class. Work on that, someone.) I was a little underwhelmed by the science fantasy style world - the science fictional elements are elegantly included, and, I suppose, thematically appropriate. But also, a bit like Rowan's friend Bel, I wanted magic to exist in the world. A smart book, an entertaining one, and one that - unlike many of its contemporaries, has not aged badly (or at all). Highly recommended.

Roberto Calasso's The Art of the Publisher (2013) is a collection of essays by one of the great(est) European publishers. Discussed elsewhere, but it was about 50% irrelevant, 25% man shouting at clouds, and 25% mind-blowing genius. Which is a much better ratio than most books, fiction- or non-. There are swathes of anecdotes about mid-century Continental publishers that are, perhaps, more aspirational than relevant, but... incredibly inspiring. I've already dog-eared my copy to oblivion.

Wall Street Stories (1901) is a short story collection by Edwin Lefevre. Apparently this was the turn of the century stock trading fiction, and was seen as quite provocative at the time. Emotionally, it still feels quite relevant: a result of the stories being character-focused, not plot-focused. The stories' plots, however, feel a little dated. Not brilliant, but if you're a fellow fan of 'financial thrillers', there's some good reading stuff here.

Jane Gaskell's Summer Coming (1972) is an icy domestic drama with a deeply complicated - and unlikeable - protagonist. Gaskell has no qualms about undercutting any notion of sympathy or empathy for her own characters, and, as a sort of comedy of ill-manners, is largely unpleasant people doing unpleasant things to one another. As noted elsewhere, there's a dinner conversation about Tolkien that made me laugh out loud. Gaskell has a way with words, and free-form style that is uniquely her own. Every sentence drips with malicious glee.

Thanks to Project Gutenberg, I'm now well-immersed in the pulpy ouevre of H. Beam Piper. As - seemingly - every one of Piper's books is an ode to gun ownership, let's make this a bulleted list: 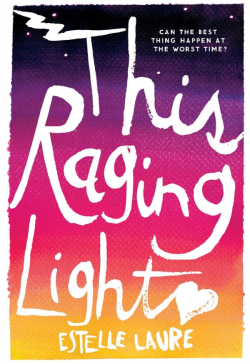 I'm going to do the genre a disservice and lump Clare Furniss' How Not to Disappear (2016) and Estelle Laure's This Raging Light (2015) together. They were both very well-written, exceedingly emotionally cunning, and, oh my god, so miserable. That's not a criticism: without ascribing intent, I think these books did what they set out to do, which was invoke an emotional response and waves of sympathy and endearment and teary-eyed triumph. But, read in short succession, it did make me wonder: why do so many YA novels romanticise suffering? On the positive end, I think there's a virtue in painting admiring perseverance, resilience, and sacrifice for a cause - all of which would clearly resonate with the audience and, whilst I'm on a high horse, are Good Things To Teach. But issue-driven YA can also edge over the line, and send the message that suffering itself is noble. If you don't suffer, you can't achieve/become glorious/whatever. This is another exceptionalist narrative, and I don't love it.

Andrew Rowe's Sufficiently Advanced Magic (2017). I've got complicated feelings about this one. Generally speaking: I understand the LitRPG genre - books in which the characters are (literally) in a game world - in theory. I'd happily watch someone play a game, after all. But, in practice, I can't really get into it. Sufficiently is, as the sneaky name would imply, basically Hard SF: characters calculate their 'mana pools', craft runes, combine spells, manage resources and discuss fundamental principles. If you like your magic (literally) wonderful, this ain't the book for you. And, accordingly, the attempts to rationalise the game world fell flat. I'm willing to suspend disbelief to assume that the Gods placed multi-levelled towers in every country and insist the citizens climb them until they gain new powers. Creating a context that rationalises that is, well, Quixotic. That said, Rowe weaves some fairly advanced magic of his own. A few chapters into this (rather lengthy) book I was ready to quit. Halfway through, I was continuing in an icily bemused way. By the end, I actually cared. The plot is ridiculous, the world is nonsensical, the action is campy, but... I've quit other books for a lot less, and I never dropped this one. I suspect the secret of Rowe's magic is having a central character that is - despite the many barriers of the book's form and function - actually really enjoyable, and more than a little empathetic. Proving that, whatever the genre, character triumphs. 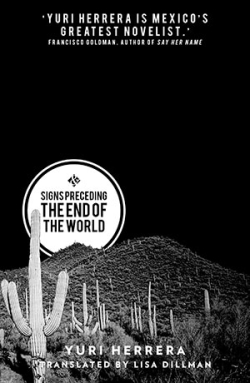 Yuri Herrera's Signs Preceding the End of the World (2015) is rather glorious magical realism about a young woman crossing from Mexico to the US, in search of her lost brother. I'm positive I missed about 75% of the allegorical references, as the journey takes place on multiple levels (planes, even) - but the 25% I caught were marvellous. The writing is just stunning, and I found the outsider's view of America and its particular paradoxes to be especially riveting, although that's clearly a result of my own US-centric reading. The translation is spectacular, and there's a translator's note at the end that was a really interesting read in it is own right.

Deji Bryce Olukotun's We are the Olfanauts (2015) is a short that tackles the dangers of the Silicon Valley mentality in a particularly unusual way. The story of a man working at a scent-based social network, Olfanauts examines the ways in which he is deliberately - and successfully - alienated from the rest of humanity in order to be a more perfect member of the technocracy. Similar themes to Sam Wilson's "The Walled Garden", but less ambiguity and more overtly chilling consequences. Extremely relevant, and will continue to be for the foreseeable future.

Libba Bray's A Great and Terrible Beauty (2003) is set in a Victorian boarding school, with conniving students, featuring a coming of age story with angsty rich kids all working together to uncover secret magic. If you know anything at all about me, you'll know this was everything I've ever wanted. Plus, a very soft, hand-wavey, natural type magic, a bit fae without ever invoking actual fairies - which was interesting. But, ultimately, the best part was the social dynamics of the school and the four girls at the heart of it. According to Goodreads, approximately 8.3 billion people beat me to this book, so I won't harp on about it too long.