So far, the baddest ass is the White Witch at 26 (ironic, given the title of the piece) and the most outclassed is Stringer Bell at 18. The ladies out-badass the men by a considerable margin, averaging 22.7 to the men’s 19.8. 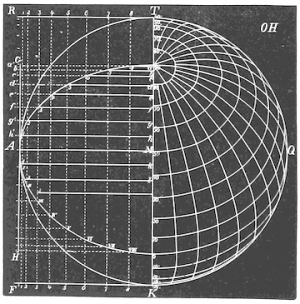 So what does this all mean? Absolutely nothing. But that isn’t to say there aren’t some interesting patterns hiding in there.

I did make a conscious effort to avoid the most obvious one: white dudes sporting vaguely English accents. In this, I’ve been only moderately successful, though I hope that once my sample size increases, my percentages will improve. I also tried to balance various types of media, though there’s a shocking lack of graphic novels and comic books in there (and maybe video games?), which I suppose I should rectify.

The most interesting patterns, though, emerge at a more granular level, when we look at things like motivations and tactics. Last month, for example, I argued that Dolores Umbridge and the Operative, while superficially very different, actually belong to the same species of villain. That got me thinking about the other villains, and I realized that, subconsciously, I’d been selecting along another dimension: character archetype.

Viewed from the perspective of tactics, personality traits, and motivations, the villains suddenly start to order themselves along some pretty familiar lines. And so, based on our robust sample size of 8, I give you:

The Official Pornokitsch Taxonomy of Villains ™!

OK, maybe not so much “official” as “preliminary and largely arbitrary”, but hey – you have to start somewhere.

First up, we have the True Believer (the Operative, Dolores Umbridge). True Believers have a cause to which they are faithfully devoted. That’s not to say they lack other ambitions – wealth, for example, or glory – but those take a back seat to one all-important ideological goal. For the Operative, that goal is creating “a world without sin”. For Umbridge, it’s a fascist regime ruled by the Ministry of Magic. Villains who obsequiously serve a Dark Lord (e.g. Bellatrix Lestrange) or fight to preserve the existing order (e.g. Agent Smith) would also fall into this category. For me, the most interesting True Believers are those fighting for a cause the audience could nominally get behind (e.g. the aforementioned world without sin), but whose methods are beyond the pale.

A related but distinct species of villain is the Chosen One (Loki, the White Witch). This type of villain is utterly convinced of his own special snowflakeness. S/he is destined to rule, and once the rest of us plebes accept that and get down to some proper worship, all will be well. Loki is the quintessential example of this archetype, being “burdened with glorious purpose”. Voldemort, Darth Vader, General Zod – some of the most notorious villains of all time belong in this category. Done well, they can be delightful and amusing (Loki, Zod). If taken too seriously, though, they can be downright dull (Voldesnore).

Also closely related is the Obsessed. This archetype shares the True Believer’s single-minded devotion to a specific goal, but there’s a crucial difference: for the Obsessed, the goal is purely personal. Your standard issue revenge-driven baddie belongs in this category – see, for example, Khan from Star Trek or Nero from Star Trek. Villains fixated on reaching some kind of utopia also qualify (such as Sybok from Star Trek and Soran from Star Trek), as do those seeking to score an all-powerful McGuffin (Kruge from Star Trek and Krall from Star Trek… seriously, I could do this all day). Usually, in pursuing the object of his obsession, the villain is the architect of his own demise, handily providing the moral of the story. The McGuffin quest, in particular, often ends… poorly.

We haven’t tackled an Obsessed villain in this feature yet, but I see a certain silver mullet in our future.

Moving on. At the other end of the spectrum is the Pragmatist (Stringer Bell, Hans Gruber). Motivations for this type of villain are simple and selfish, and they usually boil down to cold hard cash. Pragmatists aren’t burdened with martyr complexes or delusions of grandeur. Oh, sure – they’d prefer to have your respect. But at the end of the day, their main priority is to pull the job and cash out so they can spend the rest of their lives sitting on a beach, earning 20%. Pragmatists aren’t stubborn; they’ll readily change tacks if Plan A isn’t working, including stabbing their besties in the back if that’s what it takes (we’re looking at you, String).

Next we have the Kingpin (Al Swearengen, Cersei Lannister). Unlike the Chosen One, these villains don’t tend to have any special powers to speak of, relying instead on wit and grit to manipulate their way into powerful positions. Kingpins are quintessential schemers, using deceit, blackmail, seduction, intimidation – pretty much any dirty trick they can dream up to claw their way to the top of the heap. Not that the “heap” in question needs to be particularly glorious. Depending on the Kingpin, s/he might be perfectly content to rule over a modest fief (e.g. Swearengen). The essential thing is that they rule – and oftentimes this need springs from a desire to prove something. Kingpins have usually felt powerless or preyed upon at some point in the past, and now they’re out to flex their muscle and show ‘em all. Kingpins take particular pleasure in having clawed their way from nothing, and are acutely aware that it could all be taken away one day. This means that the Kingpin often has a whiff of desperation and paranoia about him (or, in the case of Cersei, more than a whiff), which makes this one of the more interesting villain archetypes.

A couple more archetypes occur to me that haven’t been covered here. There’s the Psycho, who – in the words of Alfred in The Dark Knight, “just want[s] to watch the world burn”. Obviously, the Joker (or at least that version of him) is the perfect example. Hannibal Lecter might be another, and maybe Howard Payne from Speed?

There’s also the Monster, à la Terminator, Predator, Frankenstein, Dracula, etc. I’m distinguishing this category from beasts like, say, Jaws or Godzilla, because I don’t think of non-sentient creatures as villains per se. They’re more like forces of nature. (Although some creatures, like Pacific Rim’s kaiju or even Ridley Scott’s aliens, might be borderline – it’s not altogether clear whether they’re sentient or not.) Monsters are most interesting when they’re compelled by their own natures (e.g. Dracula), as opposed to just… dicks (e.g. Predator).

So… based on this, looks like I’m due for a Psycho, a Monster, and an Obsessed.

What do you think – are there other categories I missed? Have I misfiled anyone? Let us know in the comments!