Currid-Halkett's research turns up a shift in social capital, and how we define it. In the past, a lot of the 'signals' of wealth were things like top hats and high heels - signs that you weren't a manual labourer (also silk stockings, kid gloves, etc). But, she argues, modern production has made those available more freely. Instead, the new consumption is 'nonvisible' - “social, environmental, and cultural awareness” that comes from high education. See, for example, NPR tote bags [or Strand or Daunt Books] or heirloom tomatoes. Moral conspicuousness, perhaps? Showcasing that you have the money to make the most morally righteous selection - despite cost or convenience.

Interesting in the context of publishing (ALL LIMITED EDITIONS, FOREVER), but also bookselling. Philip Pullman is leading the charge against 'deep discounting' of books - arguing that they hurt the author and, perhaps more importantly, the 'value' of the book, turning it into a 'commodity'. Although I'm sympathetic (I like royalties too!), I've been wary of this argument since the initial book post that kicked it off drew a line between Pullman's La Belle Sauvage and other best-sellers that weren't worth getting upset about. There's an underpinning assumption there that some books can, or should, be cheaper than others. And that's a slippery slope with me.

I'm also aware of the retail landscape. Since all copies of La Belle Sauvage are the same, and of exactly the same quality and content, the battle is going to be over price and convenience. Independent bookstores are going to struggle on both those, but I'm wary of top-down price-fixing as the answer. Reading itself is taking a beating, and making books - especially popular ones - more expensive feels like publishing is ceding the mass market. For the price of a (discounted) La Belle Sauvage, you can get a month of Netflix and a billion hours of quality viewing. For the price of nothing, you can have access to every out of copyright work on Gutenberg, or, hell, 8 terazillion hours of content on YouTube.

Which leads us back to conspicuous consumption. We are constantly repositioning indie bookshops around their moral, not commercial, benefits, and Pullman et al.'s arguments seem to play into that vein. I'm not wild about it because, well, virtually every consumer study says that, whatever customers may say, price and convenience will trump morality at the till. But based on Currid-Halkett's research, maybe this is actually the best route to survival? Turn independent bookshops into the exclusive playground of the virtuous wealthy, who are happy to pay full price for their Philip Pullman novels. Publishers and retailers can get name-brand designers to create tote bags (done!) and discreet-but-not-too-discreet stickers that say 'locally purchased', so those that paid £20, not £10, can get the virtuous and visible buzz they've paid for.

Everyone is stalking Amazon (not just me) 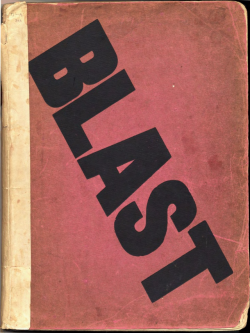 Quarterly reports are in, and, good god:

Almost 700 U.S. companies have reported quarterly results so far this earnings season, and the e-commerce titan's name has popped up on roughly one of every 10 earnings conference calls so far... In all, Amazon has been raised either in passing or with some urgency on 75 calls hosted by corporate chieftains in the past several weeks, according to a Reuters analysis of call transcripts from components of the S&P 1500. That's well more than twice as many mentions as Google or its parent Alphabet Inc and over three times as many as Apple Inc.

This is a booksy site in a booksy corner of the bookernet, but it is always worth remembering that books are now a small (and increasingly shrinking) part of what Amazon means. The article mentions how CFOs from McDonalds, Johnson & Johnson and even scouring pad manufacturers are all being asked Amazon-related questions from analysts.

At issue is the competitive threat from Amazon's massive size, willingness to sell at low prices and desire to push into a vast array of products or business lines.

Other bits of interest (the marketing-heavy edition)

Instagram is also changing restaurants, the way the look and the way they serve. But is it making our food any better? (The Verge)

'What's a logo worth?' - fashion-focused, but publishers might find it interesting - if aspirational - as well. (Business of Fashion)

The future of shopping malls - totally abandoned by millennials, are there new possibilities around 'tech', experiences, or even... edutainment? (McKinsey)

...wait, screw malls. The new mall is standing in line. Actually, this reminds me a bit of convention-going, in its purest form. People ostensibly united around a fandom, but mostly there for the impromptu community. (New York Times)

The fascinating history of closets. (Places)

These ocean cinemagraphs by Armand Dijcks are amazing. (DesignBoom)

Last but not least...