Pornokitsch
Reviews Books Comics Film Fiction Index
Stark Reviews: A Fistful of Fingers (1995)
The End of the World(s) as We Know It

The point of this (obviously impossible) scenario, of course, is rethinking the value of the book, and taking the terrifying (and hopefully inaccurate) perspective that books qua books are toast. Instead, let's think of what the value of fiction publishing would be to Apple: a cost-effective way of identifying, developing and testing creative concepts. Books as a massive means of consumer-testing. Think of book sales as upvotes and the fiction-reading population as a gigantic network of slush-pile readers.

According to YouGov Profiles, 18-34 'avid or regular' readers are exactly the people that matter to our networks.

They significantly overindex for all of the following:

If you're a content streamer, this is your most valuable audience. So why not keep monitoring what they read, and turn that stuff into video content?

This isn't exactly a revolutionary idea: that's what film and TV scouts are for, identifying hot books for studios. What is fun, and ridiculous, to think about is the wealth discrepancy between the major content players (see Amazon, Apple, etc) and the publishing industry. For half of what Apple just set aside on a whim, they could have bought every fiction book sold in the UK last year for £525m. Bargain!

Imagine owning the entire fiction publishing industry. Apple could then subsidise publishers as a means of identifying, structuring, and producing 'very first draft' film/TV content. Trend identification, following audience interests, and, of course, producing lots and lots of good stories. They could then subsidise retailers as a way of ensuring readers are presented with a huge variety of options to choose from - and by monitoring sales, Apple would then know what they chose. Hell, Apple could even subsidise the price of books: the more books that sell, the larger a pool of research to draw from. (Or raise the price, when they want to measure only the most fanatical content consumers.) That's all valuable data.

And, of course, the real return on investment would come from the IP. If Apple owned publishing, they could then structure the contracts to own the film/TV IP of every published idea (it may cost a little more initially, but that'd pretty quickly become the de facto standard if that's what it takes to get published). Worst case scenario, books originating in other countries don't sell into the UK market - but for Apple's purposes, who cares? Now their test environment is more pure! Now we're talking! Book publishing comes a massive consumer focus group, with the top-performing books converted to other forms of media. It happens already - so why not own it? 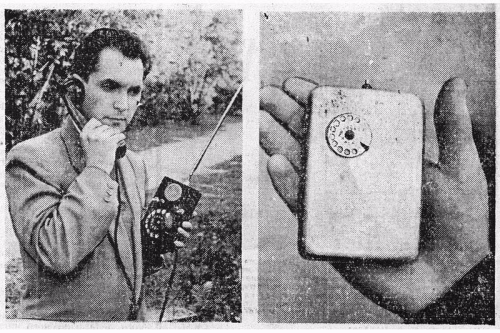 Now that people are on to Amazon's private label shtick, the numbers keep pouring in:

During the first half of the year, Amazon’s private labels accounted for just 2 percent of total units sold, excluding marketplace and subscriptions, but the retailer boosted that figure to 12 percent during Prime Day

Roughly, the research agency 1010 calculates that they sold over $500m of private label goods in the first half. That's a drop in the Amazon bucket, but also pretty damn chunky. It is hard to think about scale with numbers like this, but my favourite point of reference: the entirety of British publishing added up to £4.8b revenues in 2016, or £2.4b per half. Meaning that Amazon's own label bits and bobs are already 1/5 the size of the entire British publishing industry. More accurately, Amazon's own label sales are roughly equal to - or perhaps outstripping - the entirety of fiction sales in the UK (as noted above, at £525m).

And, as evidenced with Prime Day, the promotional power (and search rejiggery) means can turn the tap on and off as they see fit. Every supermarket and retailer has their own label brands that compete with suppliers, but few are as stealthily presented as Amazon. And few retailers have the implicit, unchecked, power that Amazon has. If Sainsbury's moved every Unilever brand to the bottom shelf and stocked every eye level shelf, floor display and promotion with Sainsbury's Basics, you'd hear some serious hollering. As the Prime Day numbers show, just because the Amazon shelves are virtual doesn't mean they can't be fiddled.

What's interesting, of course, is that books are inherently unbranded, making it a particularly easy category to cheat. Unless you scroll down 1.5 screens and check the 'Publisher' tag, you have no idea if Amazon is stacking the shelves with the results there as well. Given how much money they make in the area, you could argue that every self-published book is an Amazon 'private label' product.

A genuinely great idea from Apple - an iOS keyboard that compresses and scootches over, allowing for one-handed typing (or stealthy texting) on your iPhone. (DesignTaxi)

What is Amazon? Maybe if we all agree to read this, I'll stop my shrill screaming in every blog post. (QZ)

Drop everything: Portland's Yellow Warbler is heard in the UK for the first time. (BBC)

Do you hate the same food your state hates? Sample sizes are probably tiny, but, yeah, I'm down with Missouri's. (Hater, via Buzzfeed)

Article based on Mintel data, concluding that print sales will rise because of #shelfie craze. I am all about correlating unrelated data for spurious conclusions, but this one flies in the face of the facts: print sales are rising because of children's and gift books (e.g. adult colouring) - not stuff you #shelfie. (Fiction is actually on the decline.) Still, points for trying. (Telegraph)

Here's where Instagram is making a difference - the resurgence of murals in retail shops. Really interesting piece on the new trend of retailers curating attractive, ever-changing artwork in the hopes of getting consumers in store (and sharing that they're there!) (Business of Fashion)