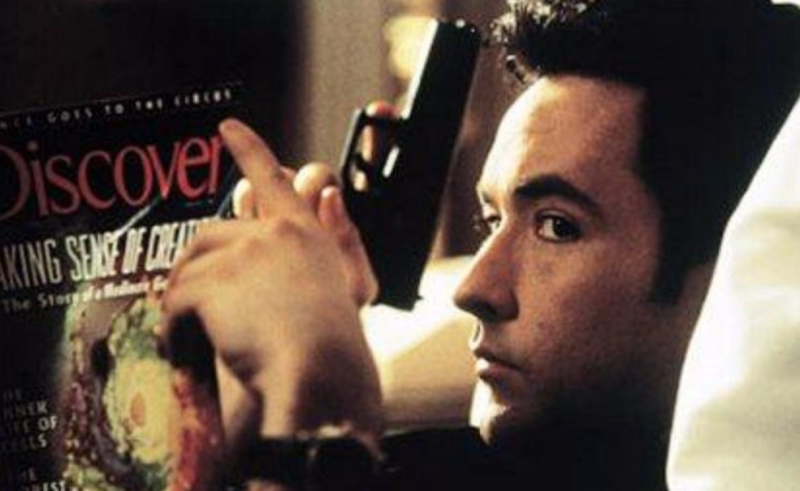 Grosse Point Blank (1997). An amazing cast, and I’d still very happily listen to the soundtracks (there were two and I owned both of them, because of course). It is sweet, and badass, and a really charming sort of action rom-com. But GPB is grounded in a very specific ‘truth’: that the purest form of victory is going back into your past and proving everyone wrong. At 18, GPB that was my ambition in its truest form - a future where I’d get to come back and show off to my high school. Hell, that’s still pretty tempting. But it is also... well, really sad. (Jared) 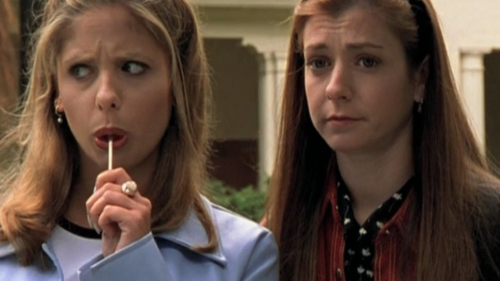 Buffy the Vampire Slayer (1996-2003): nothing was more important to me from about 2001-2004 than Buffy the Vampire Slayer. And then… it wasn’t anymore. I still love and respect it, but I’ve only been able to watch a single episode since Angel ended in 2004. BtvS was my first true adult foray into fandom, and was hugely formative to me as a first-time member of an engaged and critical audience. I made friends and enemies, wrote (very) long essays, and watched and rewatched episodes over and over again. I can still sing every line from ‘Once More with Feeling’ from memory. But my Buffy time has come and gone. (Anne)

Terminator 2 (1991): Look, I know. But as a thinking, feeling adult I find I still love the original Terminator, and that T2 just feels kind of… clunky. Overlong. Melodramatic. Kinda cheesy. Which is generally true of most of the great 90s action films, most of which are also showing their age these days. I loved T2 as a kid - I saw it before I saw the original film (that was confusing) - and I learned to love so much about slick 90s action films from T2, but, even as one of the great exemplars of 90s action cinema, Terminator 2 perhaps hasn’t aged quite as well as its predecessor. (Anne)

Willow (1988). Willow was my everything. Willow was the best - an everyman, feeling goofy and out of place, dreaming of more. Madmartigan was even better - the perfect charismatic rogue, with just enough honor to keep you from turning on him. I’ve lost hours to watching this film as a kid, and days to dreaming about it. But the Willow in my mind has much better special effects, better acting, and, honestly, makes a lot more sense than the Willow on-screen. (I’d be down for a remake featuring Joanne Whalley’s Sorsha though. She’s the heir to the empire, but turns against it? Definitely deserves more screen time.) (Jared) 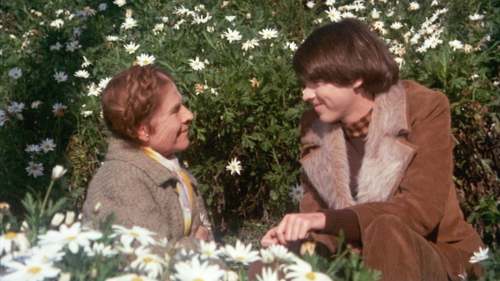 Harold and Maude (1971): If you’d asked me between ages 15-20 what my favourite film was, I’d probably have said Harold and Maude. I still love Harold and Maude, and it’s still an exceptionally charming, subversive coming-of-age film, but it simply doesn’t have the same power over crotchety old-woman Anne that it did over breathless-never-had-a-boyfriend Anne. Let’s be honest: Harold’s serious mental health issues were only ever going to be superficially addressed by his learning to play the banjo. His ‘choose life’ moment loses its power the more you think about the terrible sadness at his character’s core. (Anne) 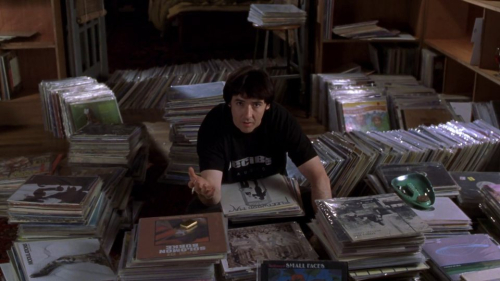 High Fidelity (2000). John Cusack always there for me. I was talking about this film with friends the other day. It is essentially a 113 minute ‘it me’ meme. Brilliantly acted (even Jack Black!) and, again, the soundtrack! The scene where Rob organises his vinyl ‘autobiographically’ is pure insight into the snuggly-protective emotional shell that is collecting anything. But, as bittersweet as the film is, I’m now painfully aware that Rob never actually changes. He’s still dreaming of being a liner note, and still emotional deadweight on the undeserving Laura (played spectacularly by Iben Hjelje). If this were a rom-com from her point of view, Rob would be the clear villain. (Jared)

The Little Mermaid (1989): I will never, ever forget the way it felt to see this for the first time - I was ten, and for the first time in my entire life I felt like someone had made a movie just for me. Ariel is a sparky, awesome heroine with cool hair and a gorgeous voice, and she is a freaking mermaid. And I am not sure Disney has ever, ever surpassed the depth and beauty of Mermaid’s animation. But, now that I’m an adult, I find myself getting too hung up on things like Ariel’s age (16), that drippy fuck Eric, and the fact that the entire film is about a woman giving up her agency to bag a dude she’s literally never had a conversation with. (Anne) 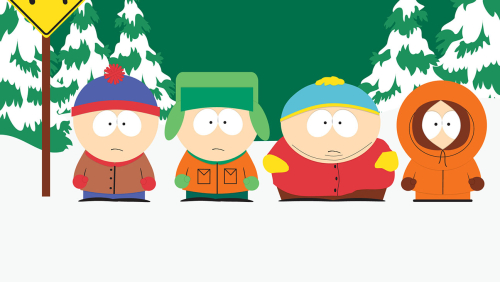 South Park (∞). When South Park first came out, I was definitely buying what it was selling. And I think I could argue that we needed it? Something topical, fresh, rebellious and ruthless, that gave us perspective on (and tore into THE SYSTEM and THE MAN and THE NATURAL ABSURDITY OF CIVILISATION AND SHIT), in a way that spoke straight to the core of being an angst-ridden teen. SNL and The Simpsons were family co-viewing; safe. South Park let me feel like I had an edge, and let me speak in a secret code that Other People didn’t catch. Now? There’s enough edge out there already, thanks, and I'm long-exhausted with South Park's weaponised nihilism. But I’ll never forget how dangerous South Park made me feel. (Jared) 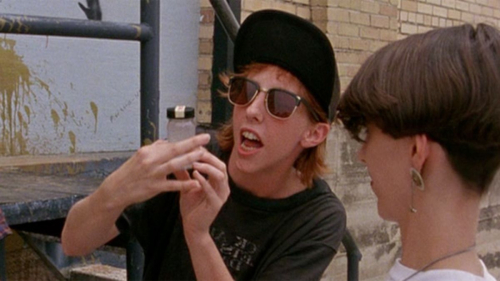 Slacker (1990) & Dazed and Confused (1993): I recently rewatched Before Sunrise, which I loved as a teenager, for the first time since, oh, probably the late 90s. Then, when I was a teenager, both characters felt well-rounded and fascinating, young people on the cusp of adulthood trying to figure out who they are by talking (and snogging) over the course of about 14 dizzy hours. Now, however, I found Julie Delpy’s character so much more interesting than Ethan Hawke’s drooping wannabe-writer who, to my jaded ancient eyes, has morphed into basically every guy I knew when I was that age. Back then, I bought what he was selling. Now? Not so much. Which is a long way of saying that Richard Linklater’s earlier films, Slacker and Dazed and Confused, felt in the 90s like they were saying something real and meaningful about being a restless young person, but now the lack of female characters with half the depth of Delpy’s Celine really stands out. The authenticity of these two films hasn’t changed in the 20+ years since they premiered, but they simply don’t speak to me the way they once did. (Anne) 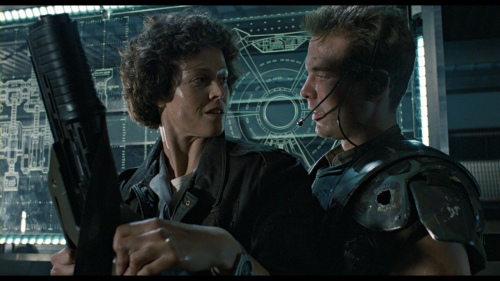 Aliens (1986). I feel supremely awful about this. It is easily one of my most-watched films. And almost never alone: Aliens was the soundtrack to years of my life, and some of the best friendships I've ever had. I spent hours setting all my Windows desktop noises to Aliens WAV files. (Whenever you threw something away, you got Hicks screaming ‘GAME OVER, MAN’. I’m so proud.) I loved the pure action-ness of it all. But it is also strangely empty. Alien is one of the most sublime horror movies ever made, raising more questions than answers and homing in on that sense of cosmic insignificance. The much maligned Alien3 is a mess of thematic ambition, and has that same atmosphere of horror, plus surprising depth. In Alien, and Alien3, they're fighting back with, literally, sticks. (“You can make fire, can’t you?” - rebelling against the alien, the company, the expectations of others). Aliens trades jury-rigged torches for the BFG7000, explosions and heavy-handed mommy issues. Fun, always. Outgrown, definitely. (Jared)

Batman Begins (2005): Shit me, Batman Begins felt like a revelation in 2005. I was never a fan of Raimi’s Spider-Man films (the Doc Ock half of Spider-Man 2 aside) and X-Men lost me with X2. Batman Begins came out three years before Iron Man, and it felt so much bigger and bolder and more realer than the candy-colored nightmare dreamscape that superhero sequels and reboots of the 2000s seemed to keep falling into. And then the Dark Knight came out, and it was nine thousand hours long, and then there was The Dark Knight Rises, which was fucking terrible, and each was darkerer and more realelerer than the last and my sense that someone had finally made a comic book movie right with Batman Begins was ground down into pitch-black, super-gritty dust. (Anne)

What about you? What movies did you connect with, but now... don't?