Comics are, perhaps, the least interesting of the three, as they're now built on a platform of reversibility (Who really believes that Superman is dead?). The ephemeral nature of comics, and the commercial-minded scrabbling for short-term gain, has successfully undercut any sense of drama. However, that's not all bad - since nothing is of permanence, it doesn't matter one way or the other. You can start reading at the reboot, or the rereboot, or the actual boot: they're all still, for practical purposes, 'supported' platforms. Plus, of course, as engaged as the readers are - they're still readers. They're not living in the world in the same sense that, say, a gamer is.

And games are definitely the other end of the spectrum - they're immersive and irreversible:

Destiny 2 is released this September. Its first action: destroying the Tower, effectively wiping clean the game’s original vision of an evolving, decade-long web of player narratives. It’s not the first time this has happened: back in 2010, Blizzard also scorched its fantasy RPG World of Warcraft when dragon fire radically redesigned the game’s epic topography. Played by 12 million people at the time, to walk from one end of World of Warcraft to another would quite literally take hours. The cities that millions of people had poured their time into – this is a game that has both spawned and ended countless relationships – was changed overnight. (White Noise)

A change to a game world can impact millions of people, as well as a delicate online/offline, in-game/out-of-game ecosystem with gray market economies, tournaments, communities, you name it... There's wild uproar whenever the smallest tweaks are made - and these are cosmic shifts. Video game universes rely entirely on their creator's continued support: when that goes away, everything ends. And really, really weird stuff happens.

Tabletop RPGs are somewhere between the two. Worlds like Dragonlance, Forgotten Realms and - most notably - Dark Sun, changed dramatic during their 'lifetimes'. But unlike video games, players don't have to move along; the freedom of tabletop is running in your own direction. But the lack of official support, or new products, does leave you with - at the very least - a feeling of exclusion. RPGs also turned to other media formats - namely - novels, to help excite readers, manage their expectations, and usher them through the journey. I've mentioned the Forgotten Realms' Avatar trilogy in the past (tldr; terrible novels, great transmedia), but the other game worlds tried this approach as well. Game changes are now seemingly always accompanied by a de facto novel. (I have questions as to whether or not that's to aid the user experience or establish a sense of ownership in the 'new' world, but that's for another day.)

Then... books. Unlike comics, books are linear: there's only one canonical continuity, and (generally) a single entry point. And unlike games (of any form), they're not co-created. You add nothing to a book. Or, to be more precise, you add nothing to anyone else's experience of that book. My Westeros is not your Westeros: if my Cersei is an unappreciated anti-hero, and yours is a black-hearted villain, they don't have any impact on one another, but will make a difference to our personal reading. However, like the video game, we're both at the whim of external support: George RR Martin (or Benioff and Weiss). Our interpretations are our own, but, canonically, she could still be flattened by a runaway Zamboni.

There's no right or wrong universe, of course. But perhaps they could learn from one another. Would World of Warcraft have fared better if they provided novels as hand-holding? Or made everything reversible, like comic books? Could comics benefit from more disciplined 'finality', even if, say, like Magic, it was just an agreement that only the last two reboots 'counted'? Each product category and material certainly makes a difference, but I can't help wondering that there may be lessons that span the multiverse. 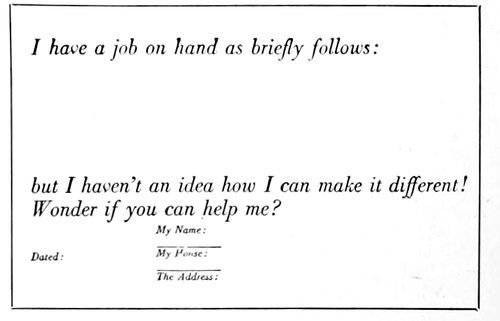 Speaking of the power of media worlds to impact the real one...

A retrospective from the New Yorker, on 'how television became an art':

Today, television is at the center of culture in ways that its inventors likely never imagined. There is so much good television that even the expanded TV coverage on The New Yorker’s Web site can’t encompass it all. Showrunners such as Jenji Kohan, the creator of “Orange Is the New Black,” are the new auteurs; the President of the United States, meanwhile, is himself a television star.

The technology of television has changed beyond recognition—thanks to streaming and smartphone cameras, it’s now part of the Internet—but that has only made TV more influential. The cover of this week’s Television Issue, by Bruce Eric Kaplan—a writer for “Girls,” “Six Feet Under,” and “Seinfeld”—is called “Screen Time.” It shows a child sitting in front of the TV. His attention isn’t on the big screen, which is blank, but on a small one—a smartphone, held in his hand. Television is still evolving, becoming more pervasive and personal. It will continue to change us in ways we can’t foresee.

That last point is important, of course. TV as TV only barely exists. I had a focus group with 15 year olds earlier this week, and it was shocking how little television they watched. Even the massive live events (Love Island, football) weren't bringing folks 'around the sofa' like they did in the Boomer days: kids are watching them on their phones, on their laptops, at their own pace, at in their own time, and, more often than not, in their own rooms.

But... television as shorthand for 'long form video storytelling' is kicking ass. Whether that takes place on a TV set, laptop, a WhatsApp original series, a Snapchat show, etc. And it'll only get bigger: these same 15 year olds are growing up with more powerful video editing software on their phones than I did at university, and they're good at it - they're hitting adulthood as native, instinctual creators, directors and editors.

Amazon has launched FIND, a luxury fashion label. Previously, their private label encroachment has been on more commoditised stuff - t-shirts and socks (the phone chargers of the fashion world). Luxury was considered sacrosanct. Clearly this is a shot in the dark for Amazon, but... let's see.

"What happened to architecture's ability to speculate on the world around us?" Aggressive, but also... transferrable. This sort of passionate appeal can apply to any industry (creative and beyond). (Architect's Newspaper)

The sneaker industry is fuelled by copied designs... and maybe that's not a bad thing? (High Snobiety)

"I hope more people get very successful and then quit" - Aziz Ansari on creativity, inspiration and how 'patterns are the work of the devil. (Quartz)

And just for fun

You're reading My Life as a Background Slytherin, right?