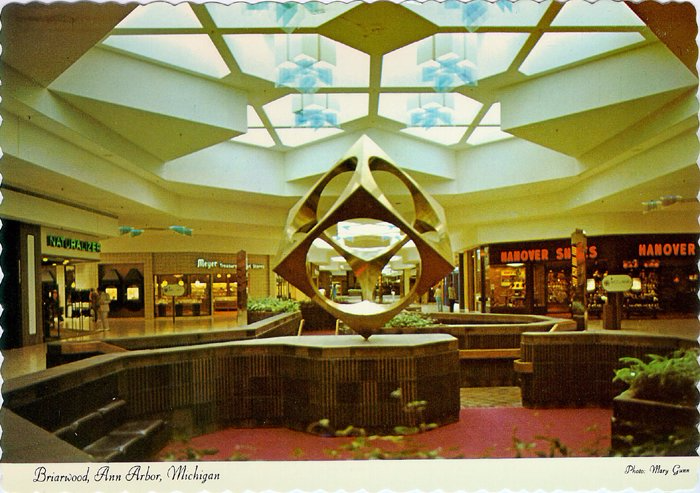 Doug Stephens wrote a powerful piece on how 'to save retail, let it die'. In it, he lists all the ways in which retail is doomed (hi, Amazon!) on his way to a, more-or-less, familiar conclusion: retail spaces need to become experiences.

Stephens posits that the future retail spaces aren't about buying products at all, but about:

Imagine, I suppose, the LEGO store, but solely with the build-your-own minifig display. And lots of covert measurement over which pieces everyone uses... (Ok, this must happen already, but still. Imagine!)

Then, presumably, we all go home and receive Snapchats telling us that a new set of our favourite LEGO can be purchased, right now. Just wink acceptance, and your facial recognition purchasing programme will do the rest. Then, when you lose a piece, you shout at Alexa, and the replacement follows. Whatever. That sort of thing. All beside the point.

It is weird to think of malls - these little walled gardens on highly-branded corporate turf - as any sort of 'social good', but, well... they are. Growing up in the Midwest, in the height of the mallrat era, malls were gathering spaces:

Basically, risk-free, independent, and providing a sense of social mixing/freedom that you didn't have anywhere else. Plus, there were stores - arcades, food courts, candy shops - that existed to take our pocket change (I can't imagine anyone got rich off a flood of kids, but, as others have noticed - teens might not have much income, but it is all disposable.)

Obviously the big caveat here is 'white, middle class'. Even Back Then, it was apparently that mall security (and retailers) weren't quite as open and accepting of all varieties of kid. But even as a [limited] mixing pot, it was better than any other alternative. 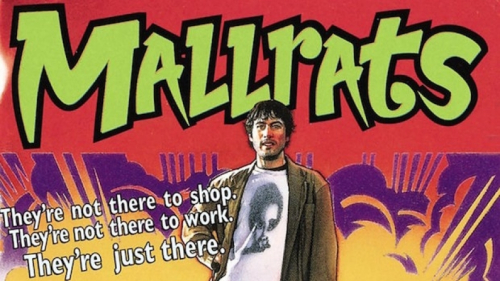 I have, for one reason or another, spent a lot of time in malls recently - London, Manchester, Bradford, Newcastle and more. I like them. And, what's surprising to me: at least, in the eyeball test, and despite the many, many think pieces - malls seem to be doing very well. Millennials still might not be going to malls - but... everyone else is.

The kids, for example, are 'ok', at least, for a definition of 'ok' that involves spending time in Newcastle's version of Sbarro. For them, malls are back to doing what the New Retail Formula is trying to achieve: creating retail spaces are that attending for the experience. That experience might not be very profitable, but, guess what? The kids are there, doing their enigmatic, time-slaying kid thing.

And, as much as the Boomers are picking up digital, they're also very happy to spend their time doing their shopping in person. Quartz recently tried to identify those businesses that are Amazon-proof, and hit a couple: dollar stores and home furnishing. The reasons: price sensitive browsing (for the former) and a sort of skepticism that comes with large physical purchases (for the latter). Both, as you might clock, are attitudes that fit our Boomers. Retirement/pensions means less disposable income, but the time to invest in finding a discount. And the big, traditional purchases are still going to push them in-store.

Back to Stephens' initial point: should malls become experiences? I agree, but with the caveat that - for many, they already are. For certain, not insignificant, consumer segments, malls are already places to spend time, if not money. There are audiences for whom convenience isn't everything - or retail spaces aren't simply about shopping. These are the people from whom browsing is still an option: whether that's a Boomer looking for a bargain, or a teen that's killing time by flipping through the latest (unaffordable) vinyl with their friends. Malls may be struggling to make money off these audiences, but they are, in fact, there.

(Which leads full circle to another ramble - and a publishing-specific one: the importance of shops like The Works is grossly underestimated:

And guess which of those are both in malls and doing very, very well?)

London's best burgers. I want them all. (TimeOut)

This long read on the ice bucket challenge and the logical absurdity of charitable memes is well worth a read. (Countermemes)

The children's digital advertising market will be worth an estimated $1.2b by 2019. And that takes into account all the safety measures and legal barriers. (PwC)

Doug Stephens wrote a powerful piece on how 'to save retail, let it die'. In it, he lists all the ways in which retail is doomed (hi, Amazon!) on his way to a, more-or-less, familiar conclusion: retail spaces need to become experiences.