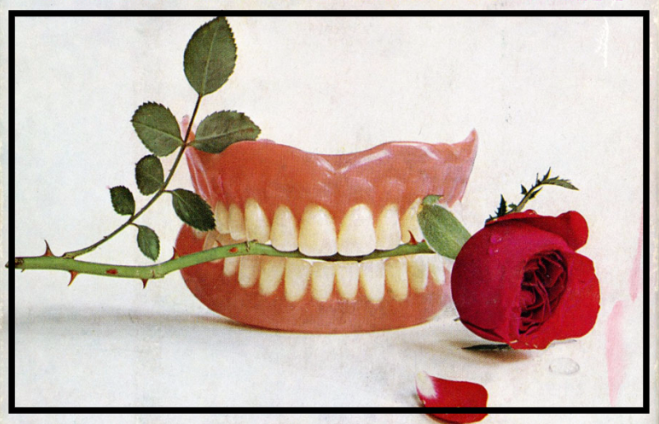 There are no Gaskell ebooks, because life is cruel. Fortunately, super-cheap Amazon Marketplace copies aren’t hard to find, and you can build out your Gaskell collection for a few bucks. Two problems though. First, the naming/editions can be annoying, especially in the Atlan series, so use ISFDB to make sure you’re getting the right book. Second, some of her books - the best ones, at that - can be really rare and expensive. Interlibrary loan is the best way at them. This includes her very first book, and a very good place to start...

Judith is a cool kid, just finding her own way. She is settling into her life in London when an estranged cousin and her sexy, mysterious fiancé arrive as unexpected houseguests. They’re charming, but very odd, which she puts down to their hand-wavily foreign upbringing. But - surprise - they’re really foreign. He’s, well, basically some sort of fae. And before long, she’s not just pulled into faerie politics, but into their actual, literal world.

Gaskell wrote this when she was 14, which is frankly ridiculous. On one hand, that’s kind of a distraction - whether or not she’s 14 or 41 is irrelevant to appreciating the book. On the other,... it kind of is relevant. The book is about adolescence: the theme of dawning adulthood permeates the book. Interestingly, Strange Evil comes with an editorial note saying that they deliberately took a light touch to their edits. It is almost apologetic - they definitely could’ve done more, but didn’t want to change her voice. Clearly they thought (and I agree) that her youth adds something to the book.

However, as you might expect from a teenage author, the tone varies pretty wildly - the action takes place in fits and starts, and there's an attention to minute detail that can be frustrating. Oddly, unlike most fantasy coming of age stories, Judith is shockingly unimportant - a witness, not a protagonist; object not subject. It is about agency, but in a realistic, teenage way: the horrible realisation that there are no concrete answers.

Strange Evil is also an excellent example of mid-century British fantasy: the focus is less on the characters and more on the landscape. Not even the broad setting: Gaskell is obsessed with the land itself, be that London or the mysterious faerie world. This plays into the best part of the book - and the real reason to read it - Gaskell’s language. It is florid, but utterly sensuous, with a turn of phrase perfect for describing the otherness of the book’s atmosphere. China Miéville is a fan, and called it a ‘staggering achievement’, as well as one of his top examples of Weird fiction.

This is a bit of a dick move to include, as Grin is virtually impossible to find. Again, interlibrary loan is the key - if you’re looking to buy a copy, prepare to spend hundreds. But it is worth mentioning as one of the first - and best - revisionist novels of its type. An icy teenage girl deals with sex, family struggles and the mod scene. And, uh, vampires. They’re there, they’re low key, and they’re not even the scariest thing in her life.

This is the anti-Twilight. Certainly the Boy (as he's called) likes to pop in unannounced and watch Terry as she sleeps, but there’s nothing romantic about it. Similarly, Terry is no Bella. She’s not attractive because she’s innocent and full of life; but because the Boy sees her as cold and ‘dead’. The undead admires the teenager for being cold. That's messed up. The vampire is, I suppose, the sympathetic one: a lonely creature, out of time. Whereas Terry is of her time, ruthlessly fashionable, socially predatory, and consumed by the now. Which of them is the real monster?

The 1960s slang can be tough going, but this is a terrific book: unsettling, unromantic and undeservedly lost.

Note: To keep things complicated, later printings split The Serpent into two volumes (The Serpent and The Dragon)

It follows Princess Cija, as she meddles in the politics of Atlantis. She goes from princess to prisoner to conqueror to spy to Chosen One to fugitive to back again... It is bonkers, risque and occasionally befuddling.

In a way, the Atlan saga is an even more extreme version of Strange Evil, exacerbated, perhaps, due to its epic length. Cija, like Judith, lacks agency. She is notable because she is desired, rather than possessing any strong desires of her own. She’s passed from hand to hand (to paw), partner to partner. Her bloodline is important, her presence is ‘destined’, but, again, we find in Cjia a distressing subversion of a Chosen One. She is one that has been Chosen, rather than having any control over her fate. This is the Epic Fantasy with the princess-in-the-tower as the first person protagonist, and it can make for harrowing reading: to be the prize and not the hero is, unsurprisingly, kind of dark.

Michael Moorcock included the series in Fantasy: The 100 Best Books (1988), and admires - slightly sarcastically - the over-the-top pulpy elements. He refers to the series’ “bewildering status changes” and “breathless peregrinations”, and his summary gleefully points out how silly the whole thing is. But he eventually concludes “Too much? Never! Stirring stuff, all of it.”

Others also (mostly) approve - John Clute describes it with lukewarm praise: “In genre terms the series – sometimes uneasily, but at points with real panache – marries sf and the popular romance; it is full of vigorous and exuberant invention and occasionally overheated prose.” (It is worth noting that late 1960s ‘popular romance’ was pretty bleak stuff - this isn’t a sappy love story, but a harrowing tale of self-actualisation [or... semi-reluctant acceptance].)

I had no idea this fantasy book existed until I was finding dates for this article. Plot summary says it is a heroic fantasy about a princess in the days of Atlantis, captured as a slave and delivered to an enemy temple. According to the SF Encyclopedia, it is apparently in the same world as, and remotely connected to, the Atlan series. Seriously, had no idea.

Not SF/F, but with certainly worth reading. Four young women live away from home, sharing an attic in a somewhat dubious neighborhood. The real hero is, I suppose, London. Like Grin, there’s a sort of breathless appreciation of the city in all its forms. Nor it is all pretty: there’s cruelty and loneliness and darkness, but also long passages that describe the city’s scintillating beauty. So... not fantasy, but, if you like ‘psychogeographic’ work, or are brushing up on prose skills before writing your disconcerting urban fantasy, this isn't a bad one for the pile.

Bonus praise, from China Miéville again: “This city veers between violence and matter-of-fact beauty with passages of ecstatic description that have simply never been surpassed.”

Gaskell’s covered horror in Grin and she did fantasy with Atlan. So how about some science fiction?

Rat is a dubious, unpleasant character - running a ramshackle brothel in the shadow of an alien-conquered London. For big picture dystopia, look elsewhere - as with Gaskell’s other exotic settings, there’s not a lot of explanation (or sense). Instead, it captures the crushing sense of malaise and moral bankruptcy, with characters like the (aptly-named) Rat scrabbling around the trash-heap of society.

Rat struggles to protect his turf from an invading gang, but his real conflict is trying to claw out a role for himself in the shadow of his charismatic cousin and his confident friend. Rat’s not sure where he fits with them, and his - very trippy - narration oscillates between self-loathing and false confidence.

This is not a happy book. A contemporary review by Baird Searles wrote that it “makes A Clockwork Orange look like Winnie the Pooh”.

It picked up the Somerset Maugham Award - given to authors under 35. (...Gaskell was still under 35 and it was her 10th book, so, not shabby). Gaskell also won the award the year after Angela Carter and before Susan Hill. Nice company.

Two short stories. "Jane" first appeared in Splinters, "Caves" in Beyond Lands of Never. They're... uncomfortable.

Some love for Strange Evil

An entertaining and reflective excerpt from Summer Coming

A version of this article first appeared in December 2016 as an 'Author Appreciation' on r/fantasy.