Pornokitsch
Reviews Books Comics Film Fiction Index
Three Fantasies: The Black Witch, The Empire of the Dead, and The Summer I Became a Nerd
Our Brave Captain

Growing up Geek - and Girl 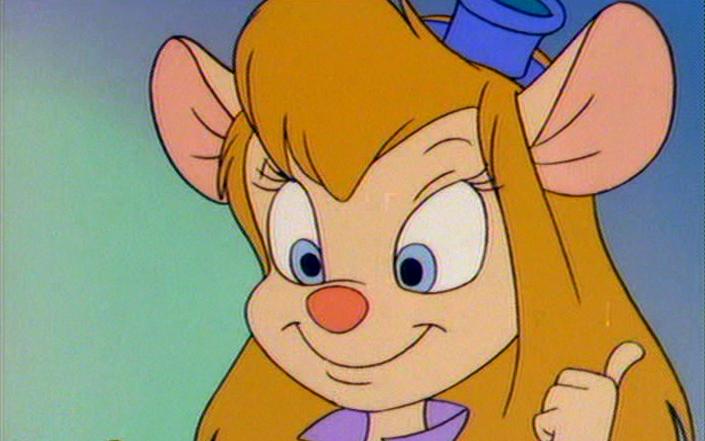 And why do we keep having these arguments?

Haven’t we geeky women done enough to prove that we like Star Wars and Star Trek and action movies and Asimov and Le Guin and Game of Thrones? Why do we need to keep asking Hasbro where Rey is, years after they apologised for the oversight and promised to include her in all their Star Wars Monopoly games going forward?

I was a shy kid. I was small and bad at sports. I cried a lot. I was good at school. And I discovered early on that books were an incredible escape, and I became the kid who never went anywhere without one. The books I read and the movies I loved made me weird, mostly because they were things no one had heard of, or they were ‘boy’ things.

I loved dragons so much I took my favourite plastic dragon toy on a two-week family hiking trip when I was five.

My mother used to read I, Robot to me when I was sick.

My favourite film growing up was King Kong (the original, 1933 version, of course).

I was born the same year The Empire Strikes Back hit the cinemas.

I grew up loving Star Wars. But I didn’t own a single Princess Leia action figure or t-shirt or towel or pencil box. All the toys were of Luke and Han and Darth Vader and Chewie and Boba Fett and C-3PO and R2 and ten billion tertiary male characters. I spent hours combing through boxes of action figures at swap-meets and flea-markets and garage sales, and never found a single Leia figure.

Remember Choose Your Own Adventure books? Despite the gender-neutral 'you' of the narrative, they were all illustrated. The pictures showed 'you' as a boy. Always a boy. My favourite was the only one I ever found where 'you' was illustrated as a girl.

I discovered comic books when I was 12.

But I hated patronising comic shops, because I was the only female customer, ever. Because going meant being confronted by older guys who stared at me, who asked me if I really wanted that comic book, wouldn't I like something... else? Clerks who would ask me who I was buying comic books for; in the end, I made up an older brother. It was somehow easier for those guys to sell me comic books if they thought they were selling them to a sixteen-year-old boy than to a twelve-year-old girl.

The older I grew, the more important geek culture became to me: I moved away from my small town, met other people who read and watched and loved what I read and watched and loved. Those cultural markers which had once made me weird now gave me a common language with strangers on the internet, colleagues, friends, boyfriends. The more people I met who liked the things I liked, who liked me in part because we could talk about those things, the more confident I became. I wouldn’t have the job I have today were it not for Star Wars and Star Trek and King Kong and Asimov and Le Guin. And Storm. And Gadget. And Ariel.

I look back on my childhood and adolescence and wonder how many books I missed out on because there weren't girls on the cover. Because female characters weren't mentioned on the back cover copy. Because those things absolutely informed my decisions about whether to read them. I remember. I remember choosing not to read a book because I didn't think there were girls in it. I’m not talking about Baby-Sitters Club books or Sweet Valley High books – books with plenty of female characters - because I wasn’t interested in them. I wanted adventure, explosions, dragons and the rings of Saturn. I wanted Star Wars but with girls.

I wanted to see some reflection of myself in the stories I loved.

I am a straight, white, English-speaking American woman. I am a member of one of the most privileged classes on the face of the planet. The older I get, the more aware of this privilege I become. Given the frustrations I feel - and have felt my entire life - about the way I see myself represented in pop culture, particularly geek culture, I cannot begin to imagine the frustration everyone who doesn’t even fit into my neat categories must feel.

I work in an industry now where I can, even in some tiny way, make a difference. So I keep the list of the authors I acquire and publish gender-balanced. I seek novels by authors from a diversity of backgrounds, and whose work reflects a diversity of voices, of experiences, of opinions. I try to put covers on my books that don’t pander or patronise. I do my best, with the understanding that I cannot do enough - except for continually to try harder, and do better. I try to put books out in the world that are the books in which I find some reflection of myself: the books I wanted when I was a kid, a teenager, a young woman, a woman now. But more importantly, I try to put books out in the world that I hope other people want, and in which they will find some reflection of themselves.

On this International Women’s Day, I can only urge you to be mindful of the privilege you enjoy, and to do your best to make the world a better place going forward. For writers, filmmakers, authors and artists; publishers, editors, and agents: be aware of the power you hold. Write books, make movies, fill your art with lots of female characters, and make sure those female characters are not hookers, victims or doormats. Put queer characters in your art, and for the love of Pete, don’t fucking kill them off. Put people of colour, from all walks of life, in the art you create.

Your work will be all the richer for it, and the world will be a better place.

Growing up Geek - and Girl

And why do we keep having these arguments?